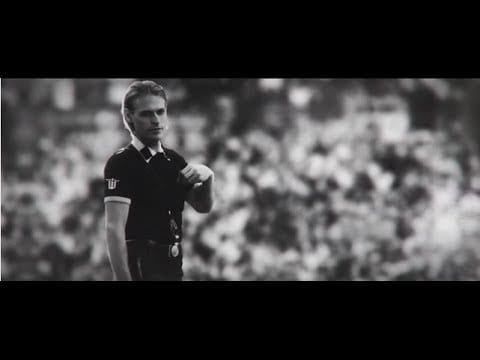 This is probably a kindly old man who helps teach BJ Blazkowicz the meaning of taking things slow and enjoying your life, and goes on a fun-filled road trip with BJ Blazkowicz towards the end of the game when they finally learn to trust and respect each other. He’s almost certainly not an evil, atrocity-committing Nazi.

I’m quite keen on this trend of using old songs as music for game trailers. First there was Dark Souls 2 with Jethro Tull, and now we’ve got Wolfenstein: The New Order with Martha & The Vandellas. Or a cover. I’m not actually sure; it’s been awhile since I’ve listened to Motown.

I’m a little less keen on the trailer itself, but only a little less. There’s some nice stuff in there and – if the trailer’s to be believed – the game itself looks like an entertaining FPS blaster. As soon as the talking starts, though, I can’t help but think of basically any recent military shooter, and if your game’s dialogue is reminding me of Call of Duty: Ghosts…

Still, we’ll see how the actual game itself shapes up. Perhaps it’ll be more excellent bits like that train scene, and less brave American hero soldier gunfight mans. I mean, Bioshock Infinite taught us all how mass-marketing works. Not long until we find out, anyway, as Wolfenstein: The New Order is due out on 20 May.

Xbox Live ‘Games With Gold’ is missing a trick

The Amazing Spider-Man 2 screenshots also aim to be Kingpin