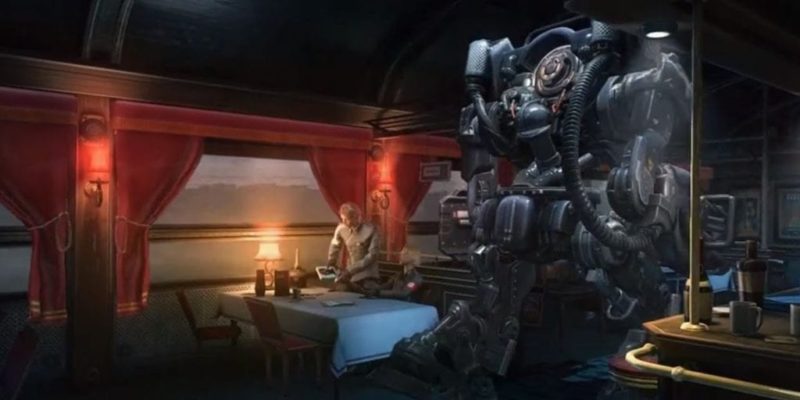 Bethesda and MachineGames have released a new video for forthcoming alternate history shooter Wolfenstein: The New Order, displaying a rather tense scene on a train.

I can’t say I was expecting to be rather impressed at the writing and scripting for a scene from a Wolfenstein game today, but it turns out that the four-minute scene on display in this video is something a bit special. It sees BJ Blazkowicz  have a train-based encounter with Frau Engel, a Nazi officer who wants him to undertake a little test. And, uh… yeah. It’s good. In fact, it’s the sort of scene I sort of wish I hadn’t seen until playing the game itself because it would’ve been quite a wonderful thing to experience for the first time in-game, but oh well. Maybe there’ll be more like this!

You can give it a watch below, as well as have a look at a brief video interview with Tommy Tordsson Björk, the narrative designer responsible for the scene in question.

Wolfenstein: The New Order is due out 23 May.

MGS5 Ground Zeroes on PS4: 9 things you have to do in Big Boss’ base mission