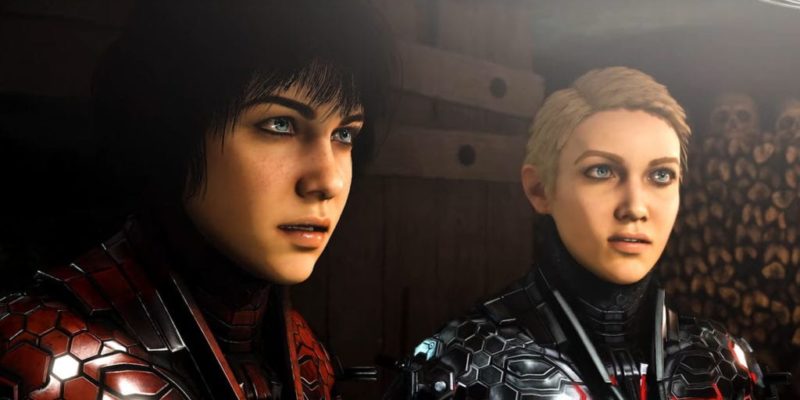 When Wolfenstein: Youngblood launched earlier this month, many people didn’t expect the cooperative shooter to function like an “always online” game. For whatever reason, though, developer MachineGames saw fit to restrict pausing of the game while playing it solo. Perhaps they meant it as an easy way to allow for drop-in/drop-out co-op? Whatever the reason, Youngblood‘s next patch is set to remedy this issue.

In some patch notes released by Bethesda today, a number of fixes coming to the half-baked Wolfenstein spin-off were detailed. Offline pausing is chief among them, with it being the sole major change in patch 1.0.4. The rest of the update will focus on small changes most players probably never noticed (such as doors being opened from the wrong side). Meanwhile, Wolfenstein‘s next patch, 1.0.5, will tweak actual game values.

It’s kind of odd that the pausing feature is being rushed out ahead of other updates, but I suppose it was a big enough issue for them to prioritize it. It should go live on PC later this week and a few days later for consoles. The Switch version has not been given a timeframe for any fixes.

More changes on the way

Following that update, Youngblood version 1.0.5 will tweak health values to reduce the “bullet sponge” enemies, reduce the overall difficulty of the campaign, make the game easier to 100% complete, and add additional checkpoints. It sounds like declawing a cat, honestly, which is odd for a game that is relatively easy overall. I’m not sure what the nebulous “difficulty adjustments” means or if it applies only to specific difficulty options, but I guess Youngblood is set to become easier.

You can check out the full list of changes to Wolfenstein: Youngblood over on Bethesda’s forums. I’m not sure that dropping the “difficulty” of the game will fix any of the core issues inherent to its design, but I guess we won’t have to deal with wasting 100 bullets on a single foe.