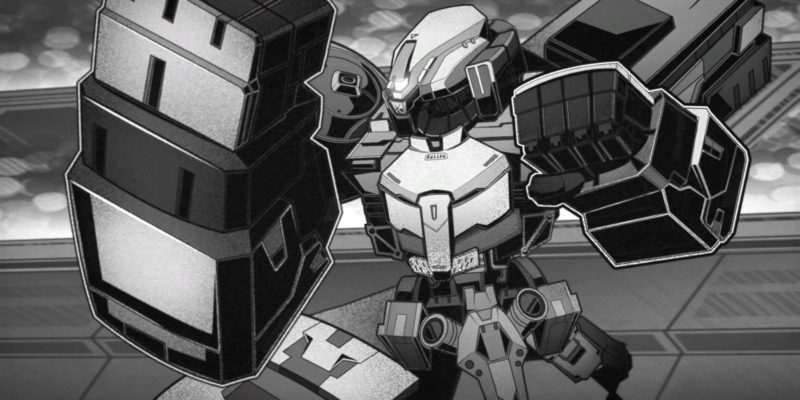 While this week has been kind of crazy with different shows and events taking place, it certainly hasn’t lacked the sense of style. Plenty of new games are bringing new, interesting looks to gaming. One of the most outstanding ones appeared at the Guerrilla Collective showcase, as Ota Imon revealed its latest project. The hyper-stylized black-and-white aesthetic definitely marks Wolfstride as one to watch for in 2021.

Described as a “fully caffeinated turn-based mech combat RPG,” Wolfstride instantly catches your attention right from the off. Everything revolves around the Ultimate Mech Tournament, where gigantic machines of destruction face off for the ultimate glory. Victory takes tactical skills and strategic savvy, but those skills do not come cheap.

Players will join ex-Yakuza Dominique Shade, alongside a rookie combat pilot and a grizzled mechanic, to stake their claim to be the best. With some of the craziest pilots and coolest Mechs of Rain City making their presences felt, you’ll have your work cut out for you. Wolfstride requires you to bring your smarts to its turn-based combat. Movement points will allow you to outmaneuver your opponents, and spending Action Points lets you smash your foe to bits. 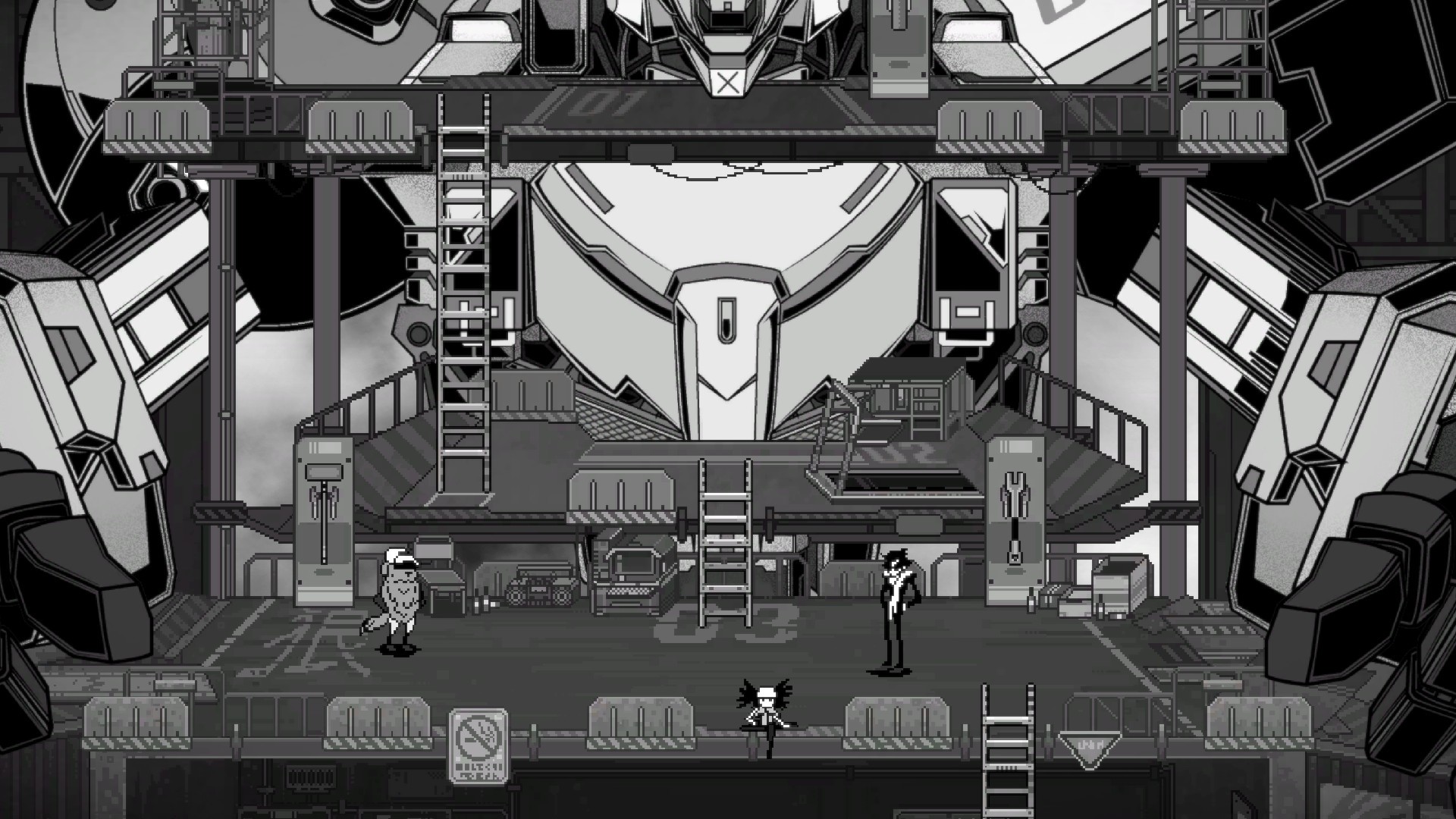 Managing the condition of your Mech is also important. You’ll need to manage repairs between fights, upgrade weapons, and master new moves. When the money gets tight, Wolfstride provides in the form of odd jobs around town. In between bouts, you can explore and get to know the locals trapped between a simpler life and the inevitable change of progress.

Rain City has plenty of interesting characters, and the better your relationships, the more odd jobs you unlock. Every Yakuza knows about doing dirty work, including washing cats. 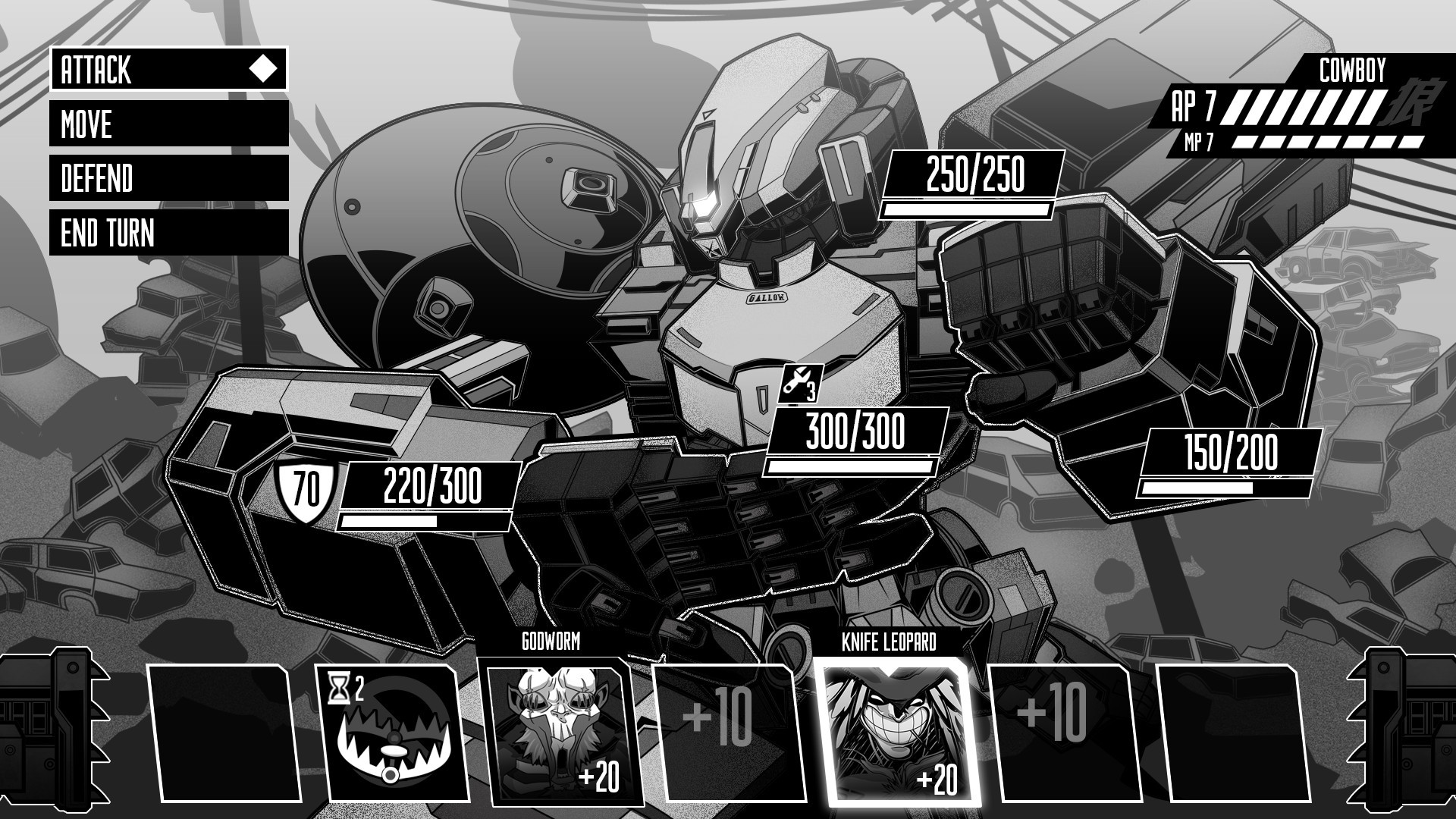 As for why the game is in black and white only, it’s not only for style. Ota Imon, based in São Paulo, Brazil, is also run by pair of brothers who are colorblind. That should help to ensure plenty of accessibility options for this title.

Look out for Wolfstride when it lands in the arena in 2021.

By Jake Su5 mins ago
Industry