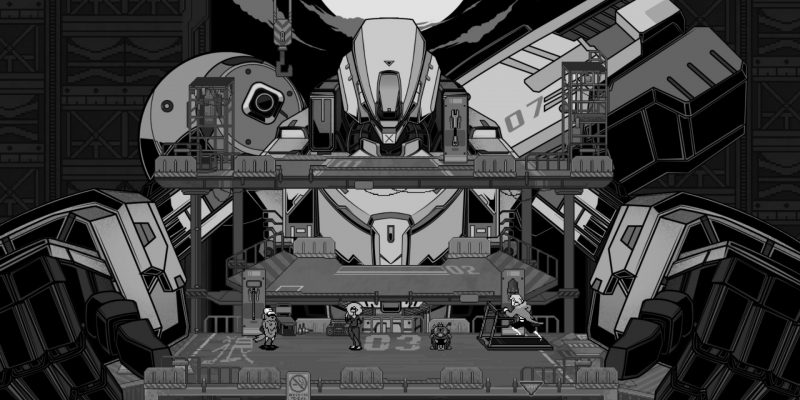 Remember G Gundam? Our very own Kevin Carignan argues that it’s the best Gundam show. He’s wrong, but he’s also kind of right, maybe? Wolfstride is a game about getting into one-on-one fights with giant mechs for the purposes of some kind of mech fighting league. It reminds me a lot of that show, but if it were a lot slower and in black and white. I got to check out the demo for the game ahead of time, and it’s a unique experience that feels quite different from the other mech games I’ve played.

Wolfstride has two types of gameplay segments. When the demo starts, you control a little dude who can walk around a small area. This area is where your team’s mech is stored. Once you climb up, the game familiarizes you with everything available. The first fight acts as more of a tutorial, but that doesn’t mean that it’s just a brief thing. The fight itself probably took me 20 minutes of back and forth before my opponent wasn’t able to fight back anymore. Robot fights are turn-based and focused on carefully keeping a leg up on the other mech, lest you find your team’s prized fighter turned to scrap.

Fights in Wolfstride are a slow burn. Each turn grants you three action points and three MP points. You can’t use any attack moves twice in a row, as there’s a cooldown. By default, your mech can do a standard attack that just does damage, an attack that does the same damage but knocks your opponent back two spaces, or two gun attacks that do damage while utilizing fewer action points. But each mech occupies a position on a grid shown at the bottom of the screen. You don’t want to be backed into a corner, but you do want to back your opponent into one. 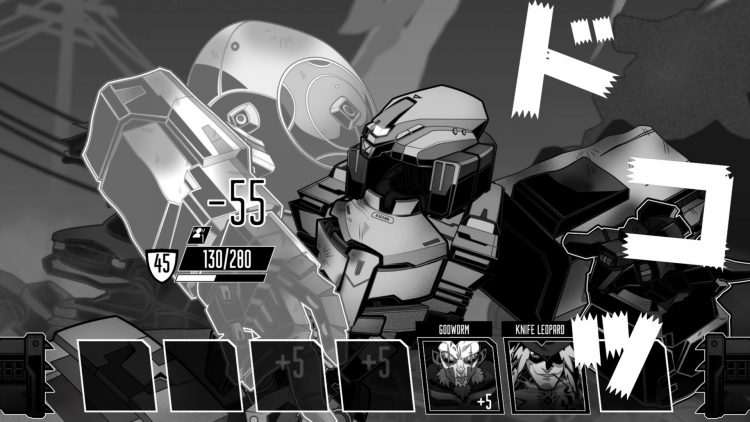 It’s a lot like a tug of war where you and your opponent are constantly pushing each other back while carefully positioning yourself to not end up at a disadvantage. Of course, both you and your foe can heal your mechs. Mechs take damage on their heads, both arms, and their chests. If a part takes full damage, it gets broken. Your goal during the first fight is to break your opponent’s chest, which will net you a victory. But you don’t do much damage, so it’s a real war of attrition.

Your second foe also has a big shield that it can summon and easily push you back with once you get its back to a wall, so Wolfstride will keep you on your toes. Between fights, new equipment can be purchased and equipped, and any damage can be repaired. Visually, the game looks awesome. The mechs are detailed and animated well, with a notable amount of retro anime style. The game is very promising and fans of mecha and turn-based battles will probably get a real kick out of it when it launches. Especially if they’ve ever wanted to take part in their own Gundam fight. 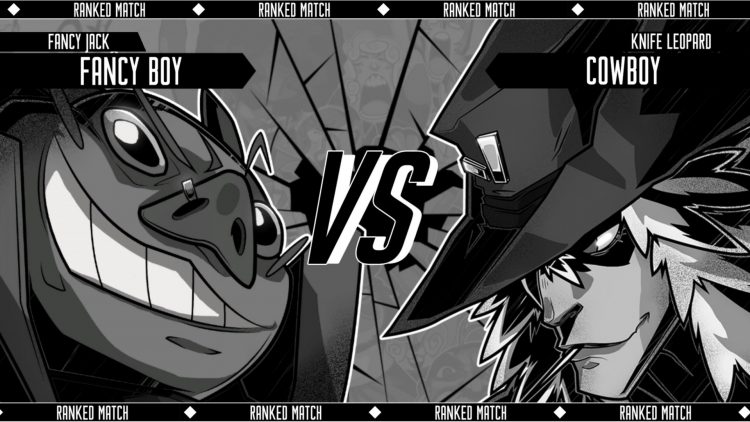 Get Control free this week courtesy of the Epic Games Store