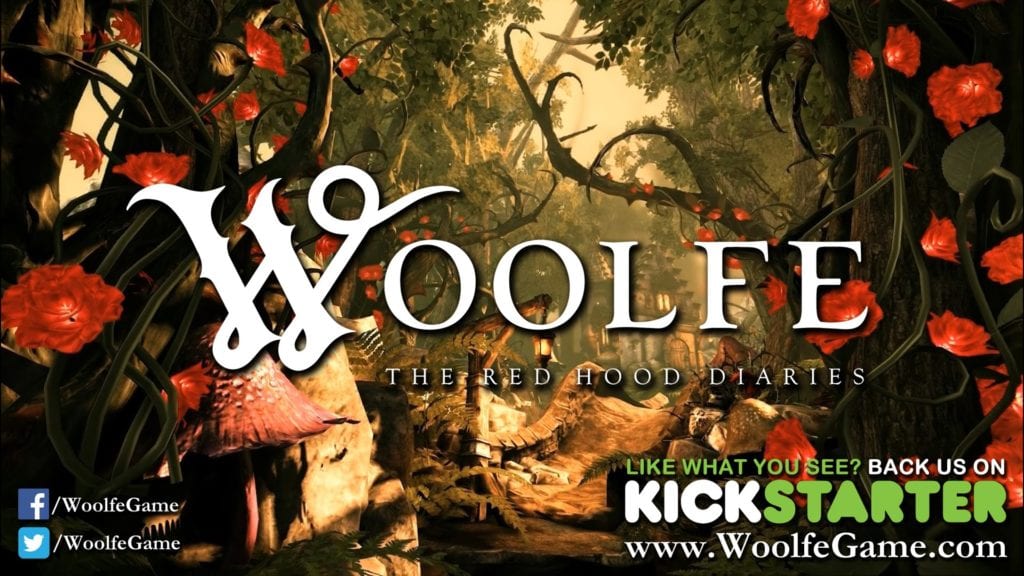 Woolfe: The Red Hood Diaries has started its journey into the dark Kickstarter forest, and it needs your help to make it safely to grandma’s house.

Woolfe puts you in control of Little Red Riding Hood in a 2.5D action platformer, inspired by the darker versions of familiar fairy tales. She has a literal axe to grind with B.B. Woolfe, the CEO of Woolfe Industries, who may have had a hand in her father’s untimely death. Along the way she’s going to uncover a lot of dark secrets and come face to face with a lot of dark fairly tale-inspired foes. You’ll be going from the city through the forest (now inhabited by evil little fairies, as well as a nasty take on Sleeping Beauty), to Woolfe Industries’ mines (so, dwarves) all the way through to the factory where Red’s father met his end. Hack-and-slash combat joins the 2.5D platforming, so you’ll be taking these foes on rather directly.

Interestingly, it apparently spawned from a 10-second animation in the portfolio of the lead 3D artist when he applied to work at Grin. And for what it’s worth, this Grin is a Belgium team which – as far as I can tell – bears no relation to the ill-fated Swedish development studio.

If you’ve been paying attention, you might remember that Woolfe was Greenlit on Steam back in February and that it showed up at E3 as an Xbox One trailer. So, why oh why is it on Kickstarter?

As the video below explains, Grin only have a certain budget and they’ve had to cut a lot of stuff out of the game. Ideally, they want to put that stuff back in, and they’re asking for $50,000 USD to do it. Magic is one such thing; rather than just relying on her axe, they want Red to be able to gain animal-like senses, the abilities of teleportation and invisibility, and magic attacks using a mysterious shadow wolf. Adding magic in requires extra writing, levels and enemies designed around these mechanics, and – obviously – concept and 3D art to make it all look lovely.

Another neat feature they want to add is the Toy Soldier editor. One of Red’s recurring foes in the game are tin toy soldiers, and every backer of the game gets to customise one of them. You’ll be able to change its name, its type, its stats, and its visuals, and every time your soldier kills a Red somewhere in the world, it gains skill points so that you can level it up and make it an even more fearsome foe. Which – yes – means that the game will gradually get harder.

Finally, they want to use the money to make the game better. The team want to spend more time improving both the animation (which honestly looks little rough in the video) and the combat, with the latter hopefully getting more challenging combos and better AI, amongst other things.

Check out the video below. If you fancy backing Woolfe: The Red Hood Diaries then you can do so over here, with a pledge of $15 netting you a copy of the game. If you’re fast, you can even manage it for $10.