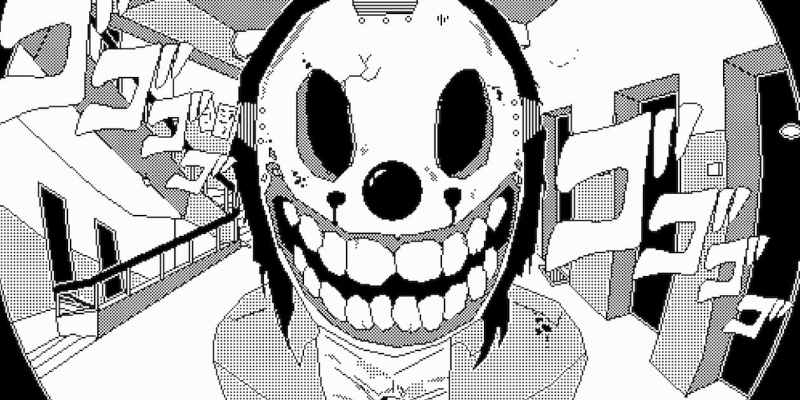 The Halloween season may have ended more than a week ago, but that doesn’t mean we can’t still get a bit of spooky news every once in a while. In this case, publisher Ysbryd Games revealed during Nintendo’s recent Indie World Showcase that the positively received 2020 horror RPG World of Horror will finally transition out of Early Access and release sometime next summer.

For those who don’t know, World of Horror serves as something of a tribute to the classic 1-bit games that made their home on old DOS and Amiga computers. Its dialogue-heavy gameplay premise resembles old-school text adventures like Elvira: Mistress of the Dark and Personal Nightmare, although World of Horror goes even further with its retro aesthetic.

The game basks its simple MS Paint visuals in an entirely monochromatic color scheme. And although this may not appeal to everyone, it certainly goes a long way toward enhancing the title’s H.P. Lovecraft and Junji Ito-inspired horror.

In World of Horror, players step into the shoes of one of five characters as they investigate “strange appearances and unexpected phenomena” that threaten the entire world. These unspeakable terrors have specifically haunted the people of Shiwokawa, Japan, and they have shown up in hospitals, dark forests, empty classrooms, and numerous other locations. Solving these cases will present quite a challenge, as they all contain a whole host of randomized elements to throw players off. Getting through these cases requires solving puzzles, finding clues, and engaging in turn-based battles against all sorts of horrific entities.

World of Horror has enjoyed an impressively successful Early Access run, so once the full version sees a release in 2023, the game will hopefully expand a fair bit. The Early Access version has already impressed many players with its unsettling scenarios, so they will not doubt be interested to see what developer panstasz will come up with next.