World of Tanks hosted an incredible ‘Tank Day’ here at the Ontario Regiment RCAC Museum in Oshawa, Ontario Canada. Over 1000 people attended to come to see one of the biggest collection of tanks in the world (most which are operational) and, of course, a live-action simulated tank battle straight out of the game. Families and fans of all ages lined up to witness this event that took place during their famous ‘Tank Saturdays’. Every Saturday is a different theme, and this last one focused on World War II. 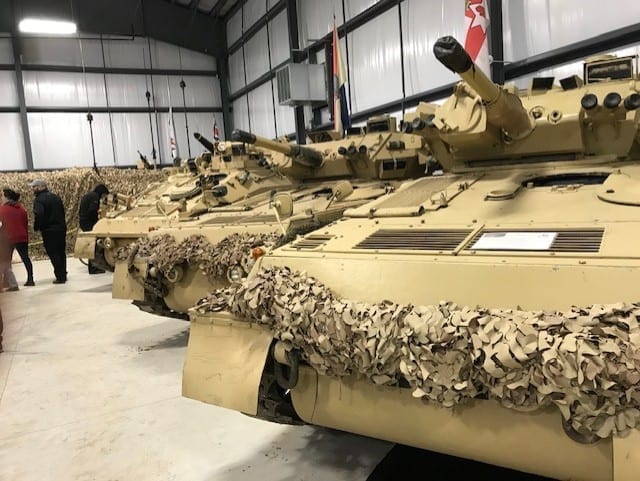 First, they paraded most of their collection of operational vehicles from that era. It was quite impressive to watch. The entire show lasted about an hour and a half, and the crowd was loving it. But yes, it was extremely loud (as one might expect when real tanks are traveling right past you). Important to note is that two World War II tanks featured in the parade of tanks were the M4 A2 E8 ‘Easy Eight’ Sherman model.

The Leopard 1 and M60 Patton tanks then took part in the live action battle. During the fight, the two tanks circled the massive arena and took turns shooting blank shots at each other and throwing smoke grenades. They also displayed evasive maneuvers and using the hills to take cover. The winner was determined by audience approval, which led to the Leopard’s victory.

After the show guests were invited to check out the museum. They also viewed all the tanks and other military vehicles on display. Museum volunteers were on hand to answer questions, and there were even some interesting displays. Many of the vehicles used in the game were not only part of the show but inside the massive museum warehouse. Those who paid and made arrangements in advance could actually get up close with the tanks and go for a tank ride. 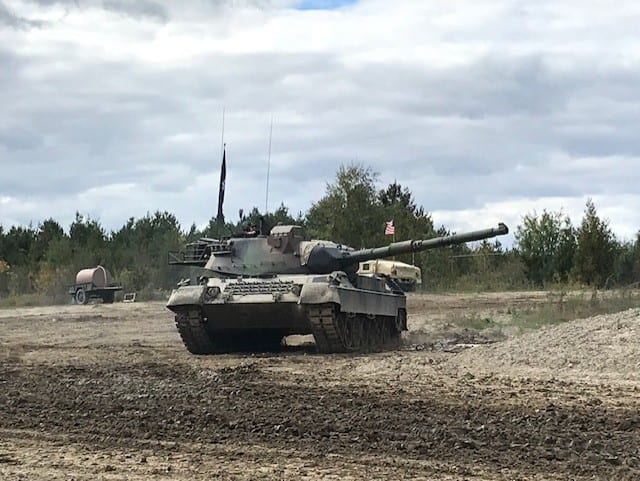 It really felt like we were getting a history lesson at this incredible museum. Experiencing the tank battle in real life rather than on a mere screen was another huge plus. They even played out some of the tactics players use in the game, as you can see in the video.

World of Tanks merchandise was also up for grabs, such as official model kits. The Ontario Regiment Museum was selling some pretty cool shirts and hats, too. When people were asked who actually plays World of Tanks, many hands shot up in the air. For those present who weren’t familiar with the game, they are now!

Overall it was an extremely well-done event, and I enjoyed learning more about the history behind these tanks. Seeing the tank battle play out was also pretty cool. For information on World of Tanks, head over here, and if you want to check out this museum for yourself head here for more details. Special thanks to World of Tanks and Ontario Regiment RCAC Museum for putting on an amazing event.