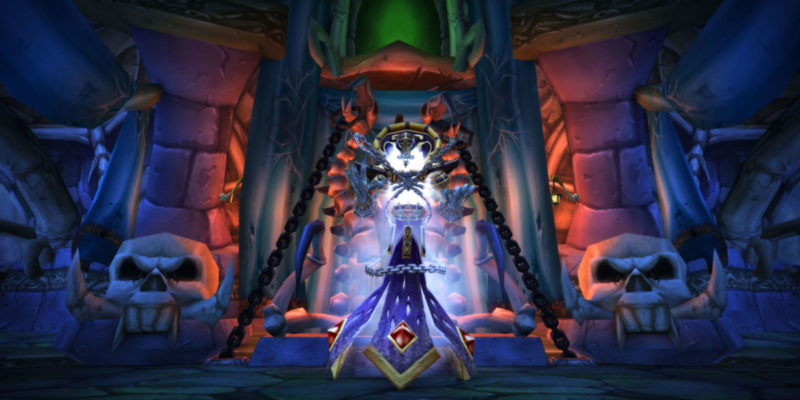 With World of Warcraft: Shadowlands pushing the MMORPG into a new age, there are still some of us who prefer the olden days. Thankfully, there is World of Warcraft: Classic for that. Blizzard has always maintained that this particular version of its massively popular MMORPG will find its own niche audience, and that it has done. This also explains why the company is eager to support it further while doing the same for the modern counterpart. The latest World of Warcraft: Classic update includes the additions of the endgame Naxxramas raid as well as the Scourge invasion event.

The Naxxramas raid brings players into a gigantic floating necropolis above the Plaguelands in Azeroth to test their mettle with up to 40 willing heroes. Four wings of daunting enemies await, as you battle your way into the final lair. Such adventures demand rewards, and each class can look forward to a nine-piece raid set. There are also plenty of unique items up for grabs. The extremely powerful Corrupted Ashbringer sword could be yours.

You will want to be at max level when playing the new World of Warcraft: Classic update. It is the only way to make raid access available.

Alongside the raid, the Scourge invasion event has also kicked off. This will run for four weeks, and is once more limited to the max level characters only. The new World of Warcraft: Classic update will follow in the vein of the game’s standard format. Players will have to eliminate as many enemies as possible before reporting back to an NPC in exchange for rewards.

As if the familiar content was not enough, Blizzard put together a retro trailer to reveal that the raid is live. There is just something charming about that minimalist look in the modern day and age. Well done, Blizzard.

Vampire: The Masquerade – Bloodlines 2 release set for latter half of 2021