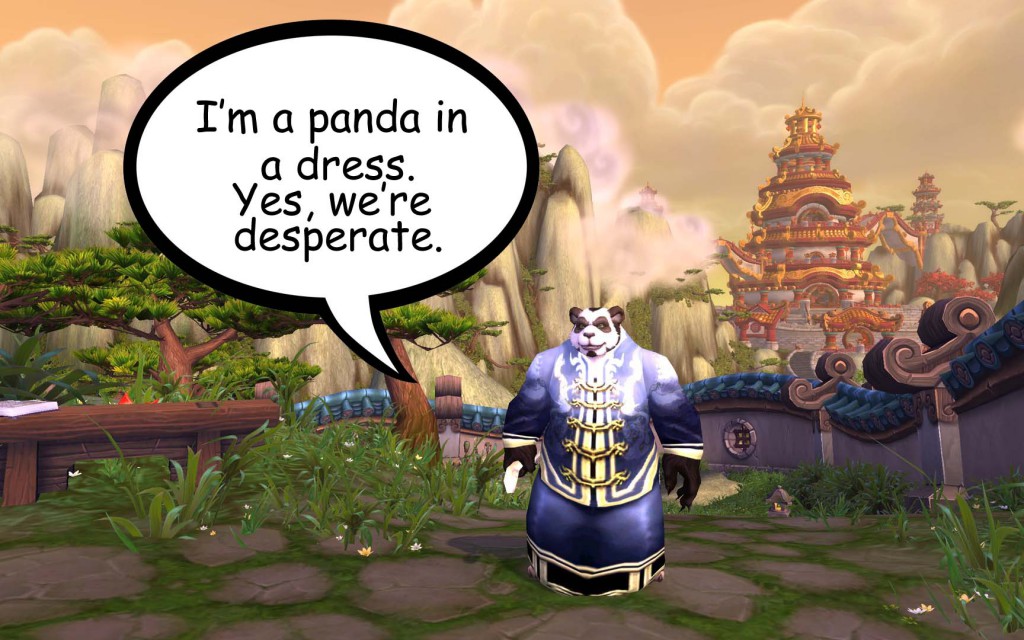 Blizzard, high and mighty developer of World of Warcraft, has no plan to raise the free-to-play portion of the game’s level cap above 20.

“…we looked at whether level 20 would give you a good sense of what our game is, and we think it does. There’s also a lot of things in the game that are special that we want to reserve for our paying customers.”

How long World of Warcraft can survive using the traditional subscription model is up for debate. With other MMOs going wholehog down the free-to-play route, and WOW subscriber numbers falling each quarter, I say it’s only a matter of time before Blizzard accept the fact that soon enough there won’t be enough people that want to commit to a monthly lump sum.

Of course, Blizzard will be hoping that the World of Warcraft: Mists of Pandaria expansion (stupid walking pandas included) will help to retain users and bring back former ones. But seriously, a panda in a dress as a means of expansion…

Best Graphics in Games on PC

Behind the scenes with Assassin’s Creed 3