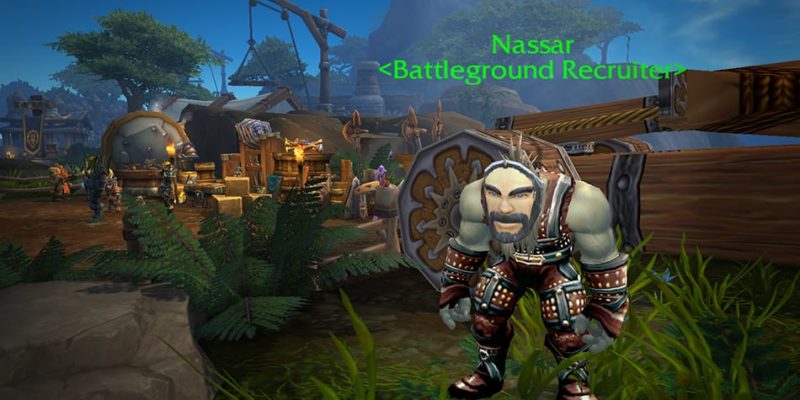 Blizzard are adding a new feature to World of Warcraft called Mercenary Mode for PvP which is being specifically designed for Battlegrounds.

This new mode, which will be added in an upcoming patch, will allow players to act as a mercenary for for an opposing faction. Blizzard explains how this will work:

Whenever your faction is experiencing a long wait time to get into Ashran or unrated Battlegrounds, agents of the enemy faction will appear in your base in Ashran (Stormshield for the Alliance, Warspear for the Horde). These agents will allow you to enter Ashran or Battlegrounds disguised as an enemy player, and actually fight as the opposite faction.

When you compete as a mercenary, you’ll still earn all the same rewards you would have by winning or losing as your own faction (with the exception of faction-specific achievements). You’ll also have your race automatically changed into one appropriate for the opposite faction while you’re still inside the Battleground or Ashran.

The idea behind Mercenary Mode is to reduce wait times and this is their way of keeping “the spirit of the core Alliance vs Horde fantasy”. The mode will be tested in a future PTR update and it sounds like a reasonable solution but not all players are happy as they feel it will break “immersion” by fighting their own faction. It is optional so players can just sit and wait if they want to and it will reduce wait times for everyone because players who use it will be out of the queue.