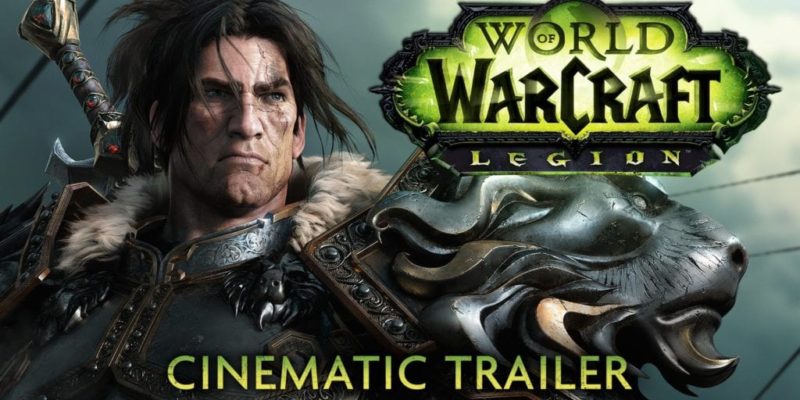 Settle in for some melodrama, slick CG and massive shoulder-pads, because it’s time for another World of Warcraft expansion cinematic. This one, of course, is from the upcoming World of Warcraft: Legion.

Blizzard announced a release ‘window’ for the add-on, placing it somewhere around Summer 2016.

Having watched the initial reveal of this expansion, I know it’s all about the return of the Burning Legion (the name is a bit of a clue there, really) and that Azeroth’s heroes will need to head for the Broken Isles and search for the accursed Tomb of Sargeras. Oh, and there’ll be playable Demon Hunters.

Beyond that, I’m afraid I don’t recognise the people in the new trailer. They’re probably very important to World of Warcraft: Legion and Warcraft lore in general, but to me they are Beefy Shoulderpadsman and Dark Elf Bowlady. Far as I can tell, Bowlady has taught Shoulderpadsman how to love again or something.

Of more immediate importance, though, is that their flying barge ships are being attacked by pesky Burning Legion demons. Will they be able to hold them off? Or will everything explode, followed by a slow fade in of the text “Demons Win!” You’ll have to watch the trailer to find out, naturally.

Helldivers makes jump from PlayStation to Steam this December