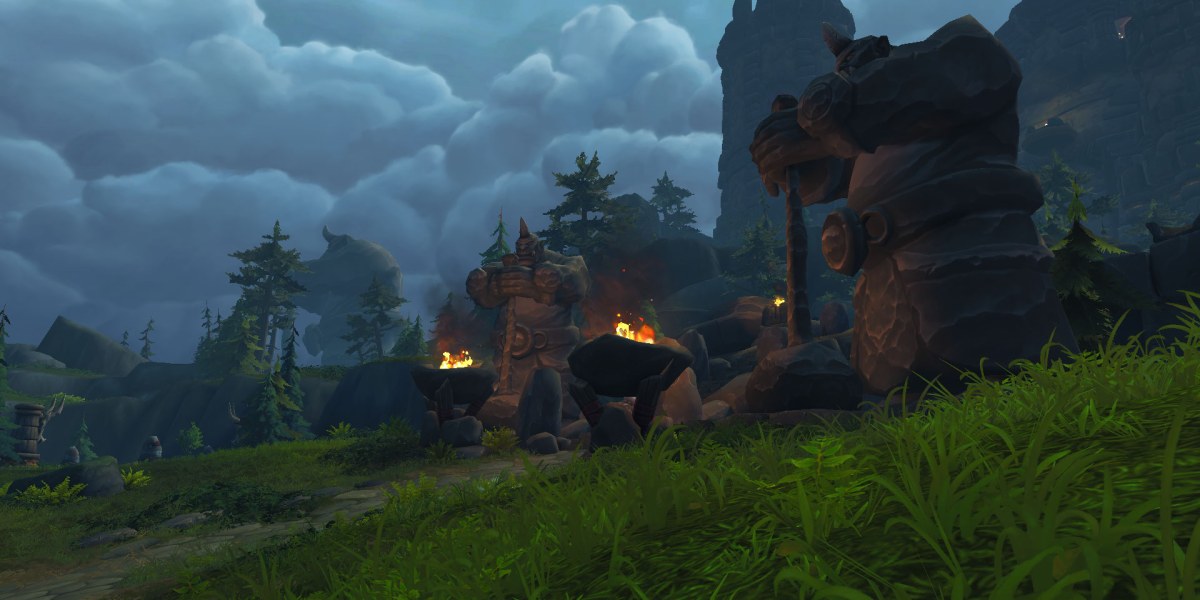 Exile’s Reach is the introductory zone that’s coming to World of Warcraft: Shadowlands. It’s specifically designed for new players, and newcomers to the game will always have to play through it on their first character. The intention is to introduce players to the game in a way that explains it to them and makes it easier to understand. At the moment, only the Alliance version of the zone is available for testing on the alpha. We’ve played it, and here’s what we think. 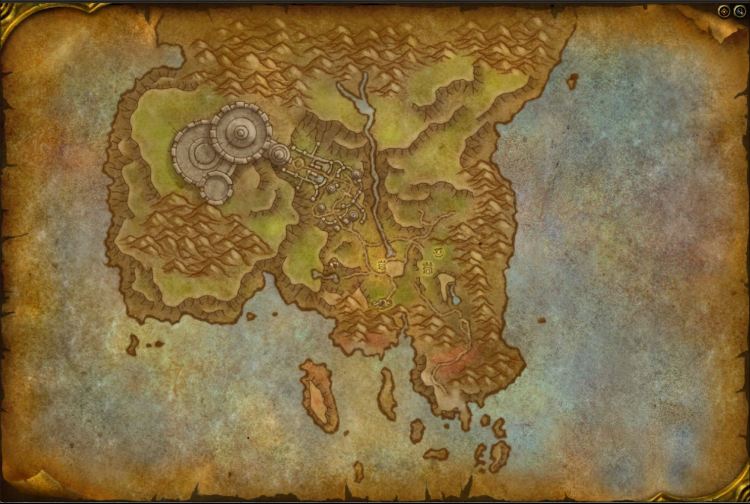 The story of Exile’s Reach is pretty straightforward, if a little boring and repetitive at times. An expedition from your faction has disappeared without a trace, and you’re part of the new expedition that has been sent out to investigate. Spoiler alert: You’re successful. 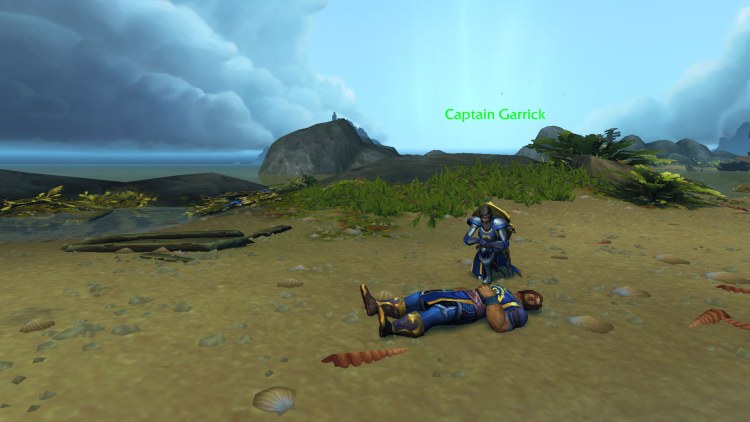 The entire questline takes place on a small island — Exile’s Reach — which is nice because it means the story is neatly contained. For a questline that aims specifically to be generic so that it’s able to work for any character, it still manages to introduce the player to compelling characters and situations to keep you engaged — for the most part.

Your time on the island ends with a two-boss dungeon, which can be completed solo, but that isn’t the end of the starting experience itself. You’re transported to your faction’s major city, where you learn a few extra quality-of-life skills before you finally attend a meeting with your faction leader. Then you’re launched straight into the beginning of Battle for Azeroth, something that would have been impossible before.

Shadowlands has brought with it massive changes to World of Warcraft leveling. First, there’s been a level squish, with the maximum level being 60 instead of 120. Second, players are now able to choose where to level up, while previously each set of levels was locked to an expansion. Now, when you leave Exile’s Reach, you should be about level 10. Levels 10-50 can be spent in any previous expansion of your choice, with Shadowlands unlocking at level 50.

At the moment, Exile’s Reach pretty much directs you straight into Battle for Azeroth, causing many to claim it’s set right at the beginning of that expansion. But the story itself is not tied into the Battle for Azeroth narrative the way the story of something like the Goblin starting area is so specifically from Cataclysm.

It’s really only once you’ve finished up with the island and are back in your major city that you’re given the news that directs you into BFA. In other words, once the World of Warcraft expansion after Shadowlands has been released, I suspect Exile’s Reach will direct you straight into Shadowlands instead. 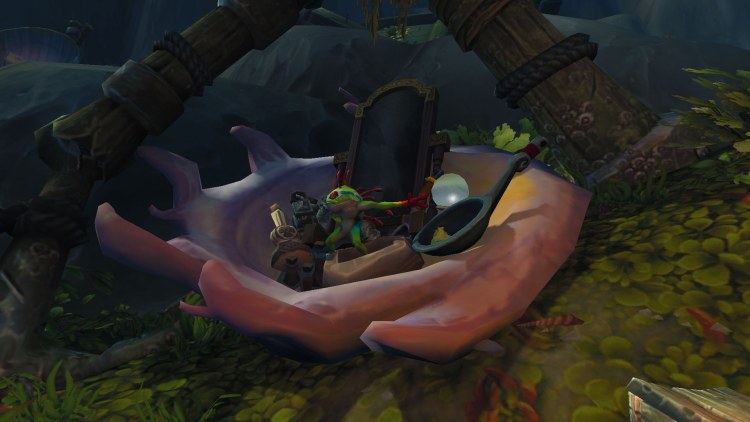 This is a pretty clever way to make sure new players don’t find themselves trying to suddenly understand the stories of older zones that have become nearly obsolete in the current game. This way, you’ll always be up to date with at least the events of the previous expansion before entering the current one. While initially I was hoping for a more specific “choose your expansion” moment, I think it makes sense to rather gently direct players into the most recently relevant expansion to level through. Experienced players will always be able to decide to take a different route if they want. Though I do think it will mean more players will never experience the stories and questlines of some older zones, which is a pity.

The reason to dive in

The real point of Exile’s Reach is to introduce new players to the game of World of Warcraft itself. Does it succeed?

From my perspective, yes and no. By the end of the zone, you should have a basic idea of how to play the game. You’ve been taught where to find your skills and how to equip them, with class-specific quests teaching you some of the more specialized elements of your class. You should know how to equip and change gear, as well as how to buy and sell from vendors. You’re able to follow a questline and understand how different quests tie into a story. You’ll have bound your hearthstone to an inn, and you’ll have your first mount. The two-boss dungeon is a nice touch that introduces you to the basic elements of group content. 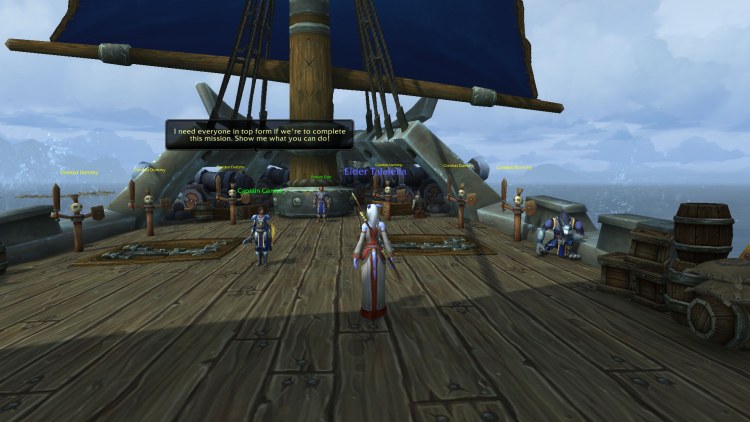 On the other hand, some things are still lacking. Despite playing DPS, I was the one who initiated combat in the dungeon — not a good habit to teach new players. I’m not sure if it’ll be added later, but there’s nothing at all about professions. New players still don’t have a clue about the auction house. I would have thought that there would be something about some of Shadowlands‘ new features, like the new quest markers that differentiate between main storyline and side quests, or the ability to add a pin to the map, but no.

There’s no introduction to little touches like companion pets, transmog, or titles either. While it might be asking too much for all of this to be added, it does still mean new players simply won’t know about a whole range of things unless someone outside of the game sits down and tells them about it.

I decided to let my daughter play through it. She’s played World of Warcraft before, but only ever with me, and she usually needs a great deal of hand-holding. I tell her where to quest. When she needs her first mount, I buy it for her. She’s yet to play for any length of time by herself, never mind reach max level.

By the end of Exile’s Reach, she had completed every task by herself, including bounding her hearthstone to the inn. She had chosen a spec for her class. Her gear… was about half equipped. There’s a quest that teaches you how to use a vendor — and she had bought and equipped the tabard that vendor sold but still seemed to have a significant amount of junk in her inventory. She had definitely used food to heal, which isn’t something she knew how to do before. 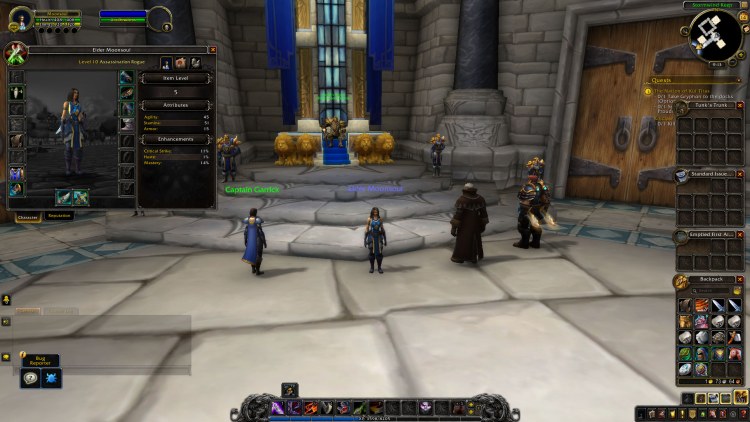 All in all, she came out of it a little bit more familiar with the game than when she went in, which was basically the point. But does she have enough knowledge to get playing properly without external help? No — but then, with a game as complicated and reliant on a community as World of Warcraft, that might have been asking too much from the start.