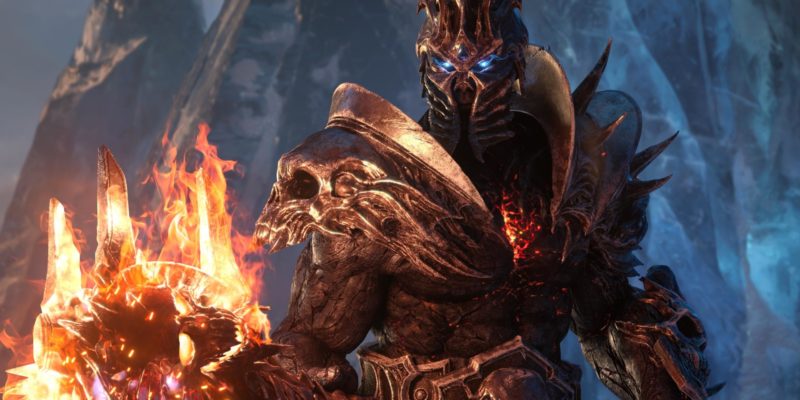 This week, we had the Shadowlands livestream event. It was followed immediately by a special online summit, where journalists and content creators from around the world were given access to a special event realm, as well as multiple interviews with the Blizzard staff. These are some highlights from those interviews.

Twitch streamer Lapi got to interview World of Warcraft’s game director, Ion Hazzikostas, where they spoke about Torghast, Covenant tuning, Affixes, and RNG. While Hazzikostas confirmed that Torghast is a specifically Shadowlands thing, the concept of Torghast as a feature may carry on in future expansions if it proves popular enough. An intriguing bit of information: The Mythic+ dungeon Weekly Chest is going to drop more loot if you run more than one dungeon a week. Hopefully, this will mean players will no longer feel at the complete mercy of the RNG. 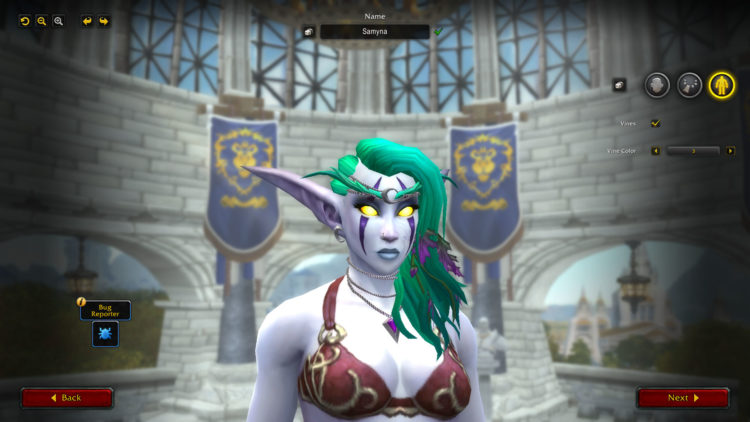 Hazzikostas also spoke about RNG. Specifically, he mentioned how much Blizzard is trying to avoid players having to rely on it in Shadowlands — with players being able to control their legendary acquisition as an example. Soulbinds, Covenants, and Conduits are meant to help players customize their own builds so that they end up with an end-game experience they’re happiest with. Hazzikostas confirmed that Blizzard is still considering allowing players to swap Covenants easily, rather than find themselves locked out of certain content because they’ve chosen the wrong Covenant. But that remains a last resort.

Hazzikostas also confirmed that the Jailer is the final boss of Shadowlands — no Nzoth-like surprises planned for this time around.

Tonton is another Twitch streamer who interviewed Hazzikostas on his stream. Hazzikostas spoke about Covenants intending to be a critical part of a player’s identity — that choosing a Covenant should feel similar to choosing a class. Leaving a Covenant for another will be easier than returning to a Covenant you’ve already left.

Most interestingly for me, Hazzikostas confirmed that Covenants would not become the new factions. Unlike the Aldor and Scryers of Shattrath City in the Burning Crusade, they’re not really at war with each other. Some Covenant-based PVP might make sense on occasion. However, the differences between the Covenants won’t be replacing the older, more established lines between the Alliance and Horde any time soon.

Hazzikostas was properly busy, and PandaTV also got to stream an interview on their Twitch channel. Hazzikostas promised a large blog post coming out next week that will clear up a few things about the pre-patch.

One main thing stood out for me in this interview: corruption is going away in the 9.0 pre-patch. Frankly, this is all the excuse you need to stop bothering with farming that now. 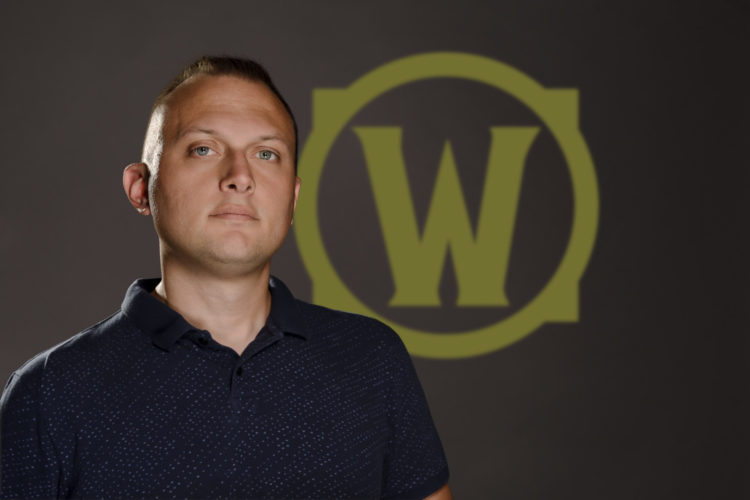 Twitch streamer MrGM interviewed lead encounter designer Morgan Day. They spoke about multiple topics including Torghast, rewards, transmogs, and the future of heirlooms. One thing Day finally confirmed is the fact that heirlooms will no longer have an experience buff in Shadowlands.

This is not a wholly unexpected change. Shadowlands has made some massive changes to leveling, streamlining it and speeding it up like never before. And implementing a level squish so that the level cap will be 60 again, rather than 120. Heirlooms will still serve a purpose as gear that levels and upgrades with the player, so they still remain useful.

Sadly, Day did not confirm the rumors that we would be able to transmog our shoulders separately in Shadowlands. But he did promise it’s something they’re looking into.

Brazilian WoW streamer Lordmons interviewed Morgan Day as well. Day restated the fact that, while we visit five Shadowlands zones (Bastion, Maldraxxus, Ardenweald, Revendreth, and The Maw), the Shadowlands themselves are infinite. There are definitely more zones with their own themes, and it’s very likely we’ll visit at least some of them in upcoming patches. Day also promised that they are looking to add some more modes to Torghast in the future. 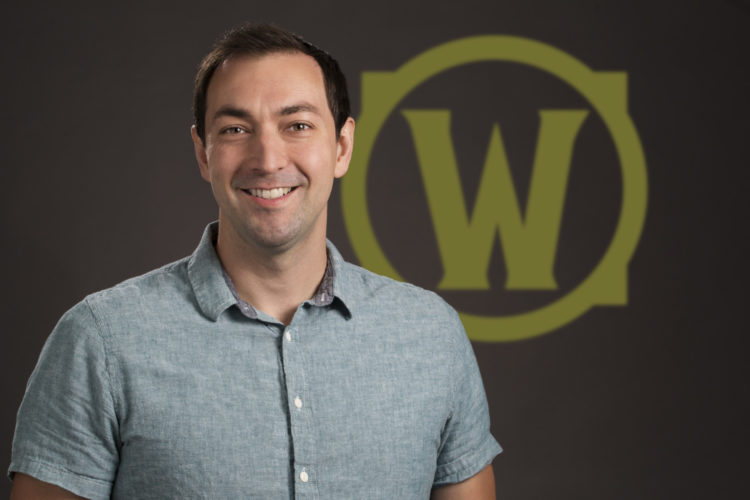 French news site Judgehype interviewed production director Patrick Dawson, which Wowhead has translated. Most of the questions seem to be pretty general, but one thing did stand out: there will be no new Archeology in Shadowlands.

Archeology is one of three secondary professions that all players can have on top of their two chosen main professions. It’s often used to discover cosmetic items such as toys, pets, and mounts, as well as a basis for much of the game’s lore. The Puzzle Box of Yogg-Saron, for example, is an archeology item from Cataclysm that hinted at places and events that we only now encountered during Battle for Azeroth.

While it is sad that there will be nothing new for this profession in Shadowlands, I personally can’t help but feel a little relieved at the opportunity to do some catching up. I still don’t even have my ghost moose from Legion.

The WarcraftRadio podcast interviewed Patrick Dawson as well. While they didn’t get a whole lot of confirmations, they did get some tantalizing maybes. Warbringer-like cinematics are likely something we’ll see. They’re still working on where all the gorgeous Covenant cosmetic rewards that we’ve been seeing will come from. They’re not entirely sure if the much-coveted and soon-to-be beyond rare brutosaur mount will be removed from its vendor during the pre-patch, or only at the time of the Shadowlands launch. And they really do want to make World of Warcraft Pokemon pet battles work on the companion app, but they’re facing several challenges with that. 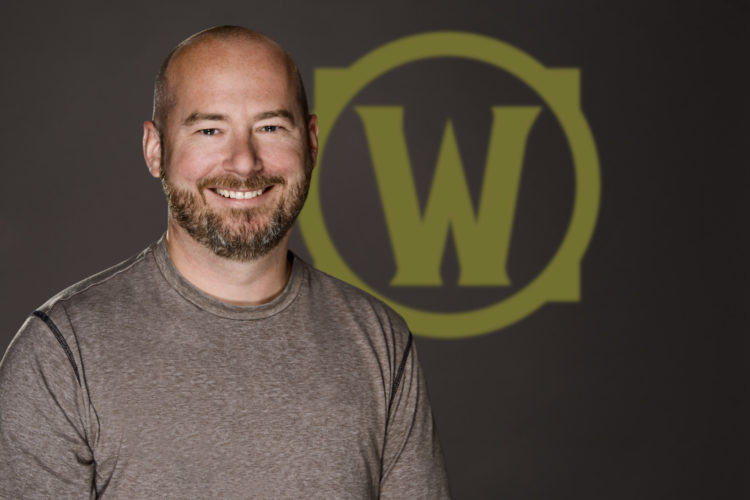 Popular Youtuber and streamer HazelNuttyGames interviewed executive producer John Hight. She got some more information on the Weekly Chest — it sounds like cosmetics might start showing up in there.

She also asked about the way Essences were handled in Battle for Azeroth. In quite a few situations, the best Essence for one type of content was locked behind a challenge from a completely different type of content. This led to a lot of players feeling either forced to participate in content they had no interest in (and sometimes even actively disliked), or to accept that their character would never be quite as powerful as it could be. Hight confirmed that, while they do want players to try a wide variety of content and even step outside of their comfort zones on occasion, they don’t want to make players feel forced going forward. 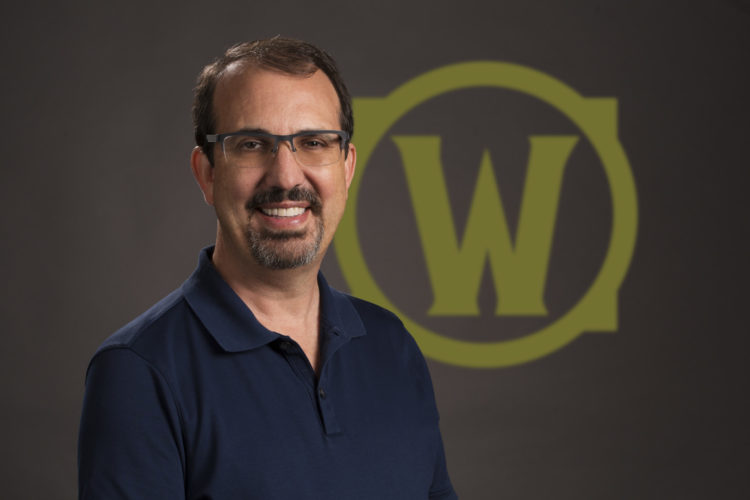 Hazel also asked about soloing Island Expeditions. It’s currently a three-player experience that has mostly proved incredibly unpopular, but with a huge amount of cosmetic rewards such as pets, mounts, and transmogs linked to them. Being able to solo these expeditions during Shadowlands would mean collectors like me don’t have to panic, because we’ll always be able to go back and gather what we still haven’t found. Hight caused a bit of an immediate controversy by stating there are no plans to make soloing Island Expeditions possible yet. Thankfully, Hazzikostas quickly clarified on Twitter. Like most older content, Island Expeditions are likely to become soloable in the future.

"No plans" often means "honestly, we haven't thought about it yet." The game is vast. It's very unlikely we're going to require level 60 players to form full groups for content they can easily solo. Like how old LFR wings work.

Twitch streamer Sloot interviewed quest designer Paul Kubit. They spoke quite a bit about the Shadowlands end-game zone, the Maw. While at the moment the Maw does still need some tuning, it’s also difficult for a reason.

Players are meant to feel unwelcome. The entire zone reflects that idea. So, mounting is not currently possible and world quests don’t show up on the map — only the minimap, creatures are difficult, and the only friendly face you’ll meet is a Broker named Vin’ari. Ultimately, the Maw is not a place you’re meant to spend all your time in — with the Jailer’s debuff in place, you should wind up spending about 30 minutes at a time in there, 40 if you’re super careful — and it’s not even a place you’ll visit daily.

Kubit also confirmed something mentioned in several interviews: the fact that catch-up mechanics will be in place from the start. Players with less time, or those playing alts, will not find themselves left behind. 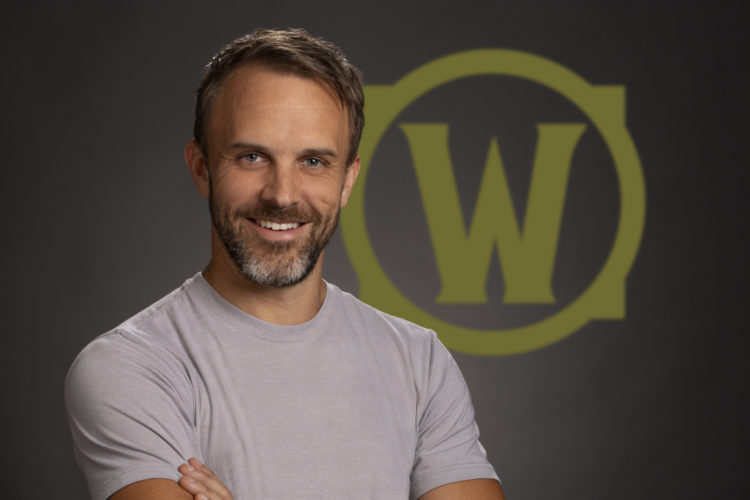 Wowhead interviewed lead narrative designer Steve Danuser about a range of various Shadowlands lore questions. It was learned that, despite appearances, Alexandros Morgraine is not wielding the Ashbringer in the afterlife. It’s actually a newly forged blade called the Fatebringer. Steve confirmed the fact that the various zones are designed so thoroughly around their themes, even the gameplay in each is meant to feel different. For example, in Maldraxxus you really feel like you’re proving yourself as a warrior.

Most interestingly, Danuser confirmed that Elune is absolutely worshipped in more realms that just Azeroth. This is a massive deal now that it’s been confirmed true. It means the Night Elves’ moon goddess is a far more influential and powerful being than we could have previously imagined.

When asked directly if Sylvanas would be redeemed. Danuser specifically stated that it won’t be a question of redemption or not. What we will get in Shadowlands is some clarification. Until now, Sylvanas’s motives have always been shrouded in mystery, and players have projected a whole range of often conflicting thoughts and emotions onto her as a result. That will change in Shadowlands, and quite early on. 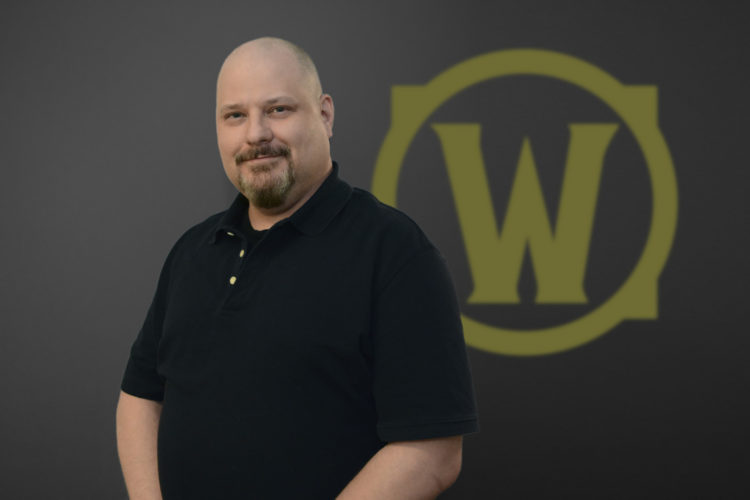 Wowhead interviewed art director Ely Cannon. They spoke of the look and feel of the Shadowlands zones, as well as the new character customization options. One thing we’ve seen with this alpha is design changes happening in real-time. For example, the Ardenweald mail armor set was completely redesigned after negative player feedback. Blood and Void Elves were given the option to have blue eyes despite Hazzikostas previously stating that wouldn’t happen. Cannon confirmed that Blizzard was never happy with the original mail armor set either, and as for character customization, team members discussed it and changed their minds. They also added bald customization options for both genders, though that wasn’t originally intended.

Some of the character customizations are creating opportunities for richer immersion and storytelling than ever before. One example that Cannon spoke about is the Teldrassil scar option — a burn scar for Night Elves. While somewhat dark in nature, Cannon explained that this character customization option tells a powerful story about surviving a defining moment in Night Elf history.

Cannon also mentioned that one of their goals is to get rid of the loading screen. An example of this is the special gateway animation that players experience whenever leaving Oribos — instead of a loading screen, players watch themselves journey through something like a wormhole. 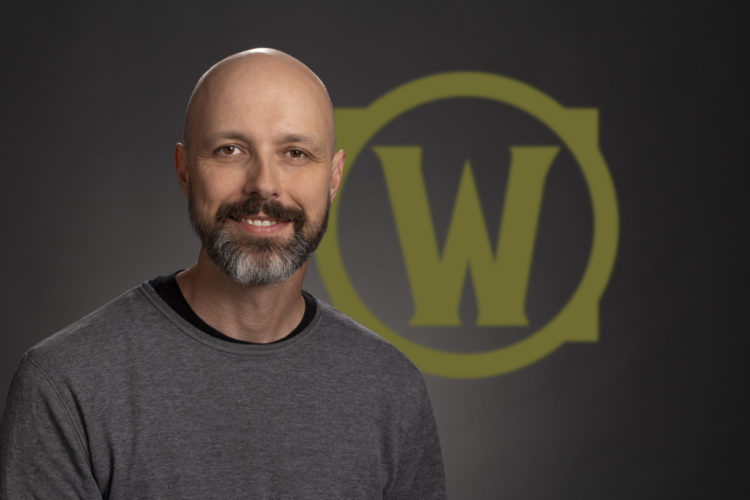