Activision Blizzard has held their latest financial call and it’s showing a continual decline in World of Warcraft subscription numbers.

The numbers have declined to  5.5 million subscribers but they should start leveling out and increase once the next expansion Legion is announced.

The numbers have been on a continual decline since the release of Cataclysm in 2012 with further drops during the Mists of Pandaria expansion and the most recent Warlords of Draenor expansion. The WoD expansion didn’t spark WoW players’ imagination and the arrival of Legion can’t come soon enough for Blizzard. 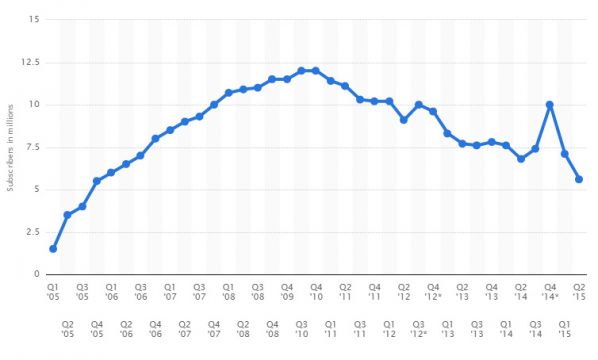 WoW has lost its spark even if it is still the most played subscription based MMO.  Blizzard will be hoping that the Legion expansion can boost subs once again but it looks like a pattern of decline is finally emerging.

It’s also worth noting that this is the last time Blizzard will reveal their subscriber numbers so perhaps they are not expecting a massive uplift in numbers with future expansions.