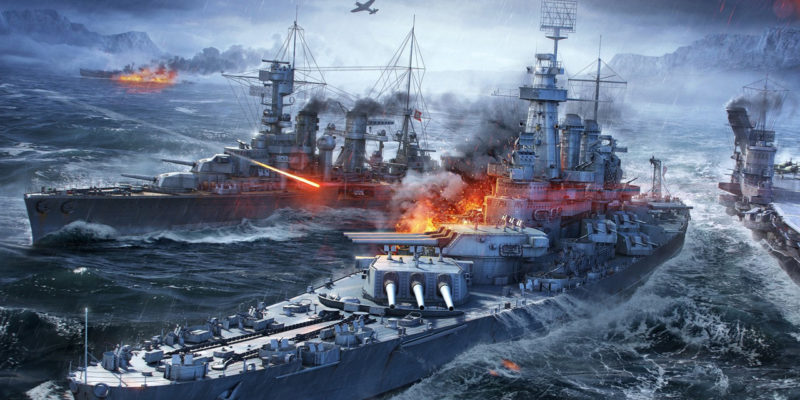 Wargaming’s naval battle simulator has just gotten its latest update. Live now, World of Warships has received five new European destroyers from the land of the Vikings.  These Swedish warships will range from Tier V all the way up to Tier IX. The five ships being added are the Visby, Västerås, Skåne, Öland, and Östergötland.

So what makes them any different from the countless existing destroyers? They feature lightning-fast long-range torpedoes designed to swiftly eliminate opposing ships before they can react. Also, their fast firing primary guns offer fantastic suppression fire and reliable damage output.

Unlike many destroyers, none of the new Swedish ships use a smoke generator to provide cover. Instead, getting the most out of alternative self-defense tools like the Defensive AA Fire consumable is a must. Otherwise, they also possess impressive concealment, allowing you to close the gap on unsuspecting enemies.

Alongside the European destroyers, update 0.92 has added a new port, Fjords, which is inspired by the breathtaking landscapes found across Scandinavia. This won’t impact your gameplay experience much but at least you can admire the sights.

World of Warships‘ update 0.92 isn’t just limited to adding new content. Wargaming has used this opportunity to rework the function of cruiser and battleship armor thickness. Previously, cruisers of the same tier could penetrate each other’s armor without the need for special skills or ammo. With this update that has been changed. Now, the Inertia Fuse for HE Shells skill is required. This skill provides 30% better penetration at the cost of a 3% fire chance.

Theoretically, this change should make interactions between cruisers more logical and skill-based. Correct angling and positioning will make cruisers far stronger defensively. Finally, European Destroyers adds two new clan brawls as well as enjoy various visuals overhauls. Four of the maps and three ports have all been reworked to support the new lighting model, so expect them to look better than ever before.