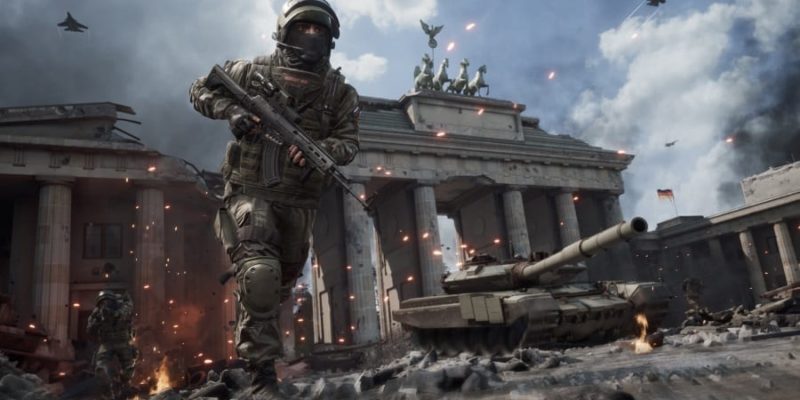 I don’t know what it is about war-based first-person shooters that has always intrigued me. Sure, going into space and blasting aliens as some sort of new age marine is a fun concept. But the whole boots on the ground, fighting with your buds has always seemed like a much more fulfilling experience. In the past, I’ve enjoyed the Battlefield, Call of Duty, and even the Brothers in Arms franchises. Each has offered their own take on the FPS experience, particularly in the multiplayer aspect, and World War 3 is no different.

There are two important areas to customize prior to heading into battle. The first major portion is the map selection. Being that World War 3 is an Early Access title, there are still a limited number of map options. At this point, Berlin, Warsaw, Moscow, and Smolensk are all represented on the world map. However, Smolensk is not available at this time and promises to come at a later date. 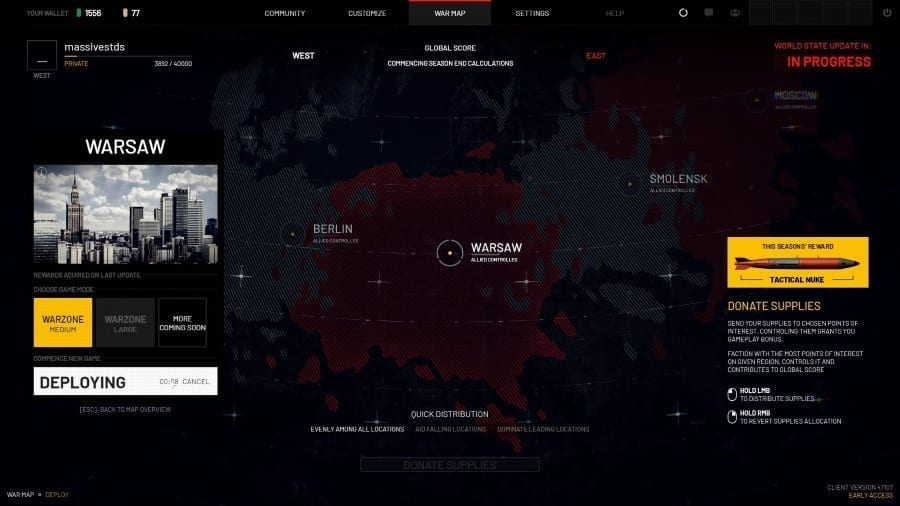 Each of the maps allows you to select a small or larger-scale sandbox. A third option will, again, come to Early Access at a later time. Even so, there is still a massive area playable in both of these sandbox-style maps. At times, selecting the larger one seems a bit barren, what with the limited number of players and lack of vehicles. However, it does outline some of the ambition that The Farm 51, the game’s developer, has in mind for the rest of the experience.

The second major portion of preparation you can explore comes in the loadout menu. There are three options set up by default: Light, Medium, and Heavy. Each of these has designated weapon options reflective of those classes. For example, choosing the Heavy gunner option provides a much larger, fully-automatic machine gun. When you flip through the menu for each one of your guns, including this one, you’ll see smaller icons identifying recoil and weight. At first, I failed to realize that selecting the heavier class also had an impact on my player movement. Carrying around a much larger gun makes you move more sluggishly. Depending on how your squad is designed and the number of defenders vs. attackers, this can literally weigh on your combat strategy. 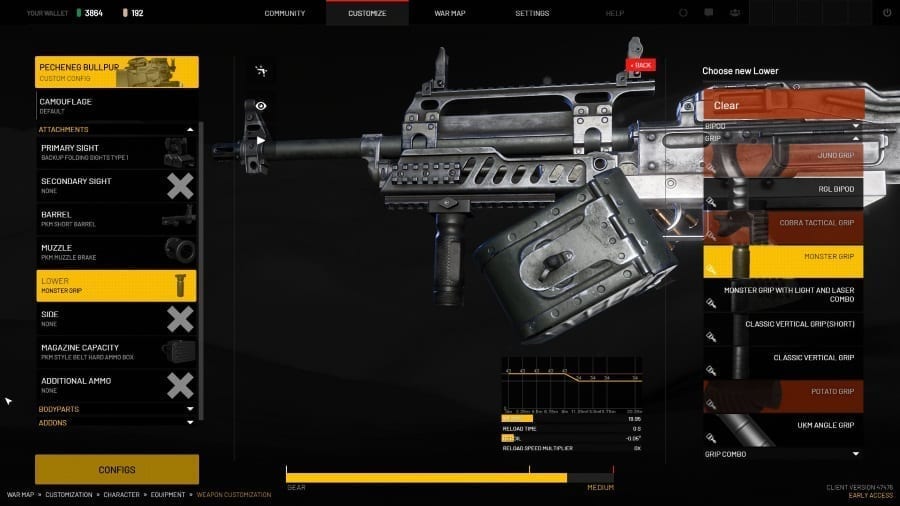 The gameplay in World War 3 is very much akin to that of Battlefield‘s Conquest modes. There are objective points on the map which your team must capture and defend from the enemy. When things go correctly, and when your team works together, things start to feel more like a real shooter experience. I never felt that it was as hectic as Battlefield, though. On the occasion when both team lobbies were filled and enough players joined, things were more eventful all around. Tanks and squads scurried around the map, with small drone bombs taking you out unexpectedly. Small gunfights broke out at the various choke and capture points. However, at this time, such experiences are too few and too far between. 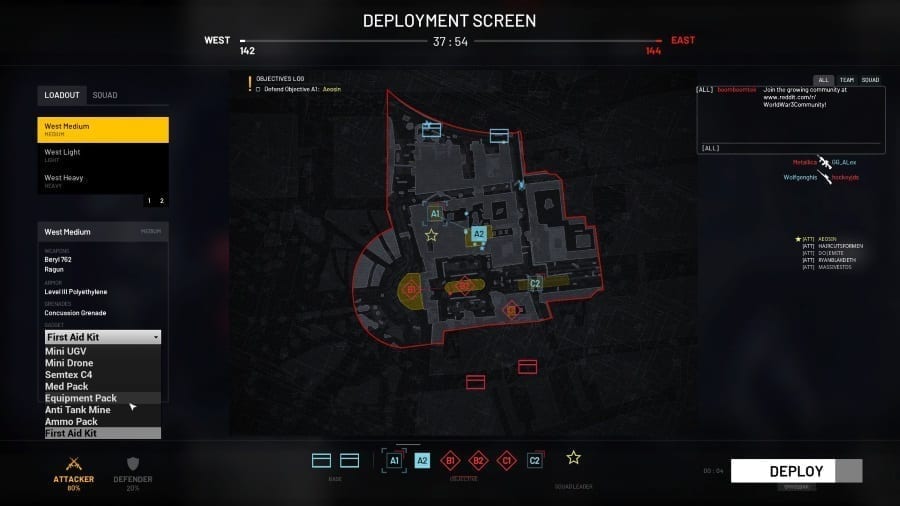 Viewing your map also becomes cumbersome, with icons for waypoints being non-existent. I do think the HUD could use some major tweaks in identifying those capture points. Too often they disappear from your HUD and view, demanding you halt your sprint to check your map. This slows down combat, not to mention also having to stop and reload, as you cannot perform these actions while running. Once these issues are ironed out, I can see a more fluid player experience unfolding, particularly given the already growing arsenal of guns available.

I did find the weapon customization portion of the game to be well designed. There are options for gun sights, barrels, and secondary sight options. This is important, as you can tilt your gun when peering around corners. In most other cases, kills are often determined by quickdraws alone.

Mostly, I used the Beryl 762 light machine gun. This gun was highly effective in close-quarters as well as mid-range fire. The bullet drop starts to deteriorate firing beyond that. I found this to be the same even with the Pecheneg Bullpur, one of the heavy machine guns. That detail was quite useful to know, as most of the combat tends to gravitate towards the open areas of the map. Damage dealt and firing distance are things I would have liked to view prior to swapping barrel attachments. 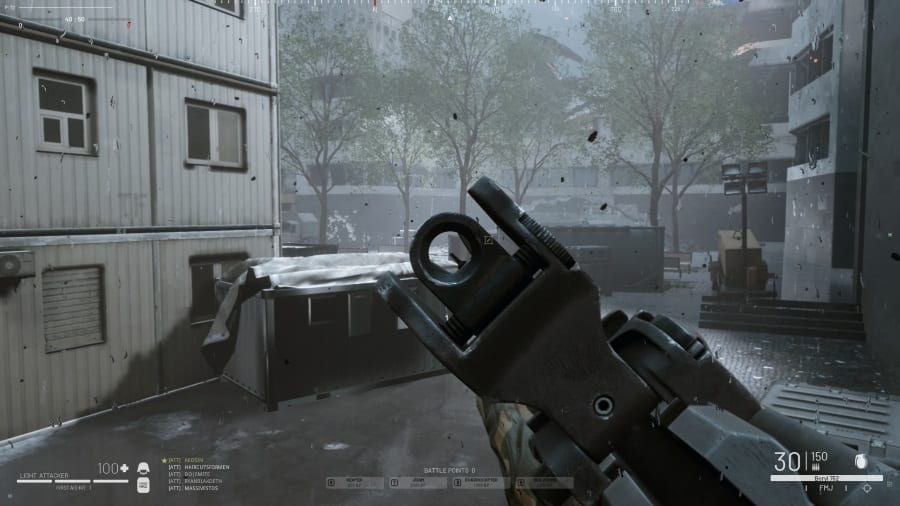 The focus in World War 3 is still much the same as other war-based shooters. Snipers will pick you off if you continuously sprint around the map, causing you to drop to your stomach at a moments notice. However, body movement also becomes an important factor in how you approach combat. Instead of going prone on your stomach, you can also roll over into a reclined position on your butt in order to fire behind you. It’s the little attention to details like these that make the experience feel like a more fleshed out, tactile shooter. That is the case most times when bugs aren’t part of the experience.

There were numerous times during my Early Access experience that I experienced bugs. For the most part, the Early Access version can give you a general feel for the game. There is enough actionable gameplay where you can see how large-scale battles will take place, how fast the action can be, and how capturing a point is a team effort. 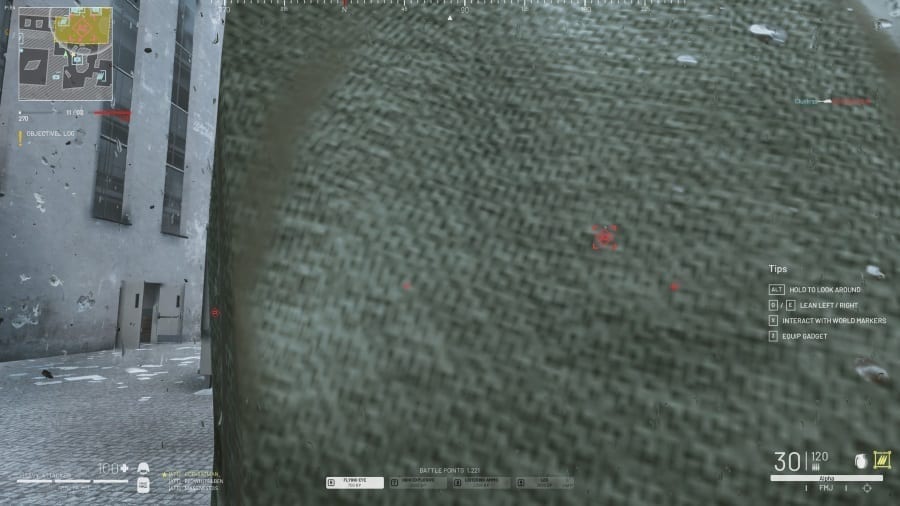 My screen became engulfed with an ammo satchel that I couldn’t set down. This was also before spawning on my squad leader, only to be left falling through the floor.

Yet many times during my sessions, these experiences were halted by falling through the map, clunky climbing animations, and bugs where my body and gun disappeared altogether. At one point, I was attempting to throw down a satchel of ammo for my team to use. Instead, the large bag overtook the screen and I was nothing more than a walking ammo cache. I couldn’t help but wonder if I looked like that to the rest of the team.

The whole Early Access development model usually turns me off. You never know if a game will, in fact, reach a full release, breaking free from the reins of the platform. It seems like World War 3 might be the exception to that rule. There are some very promising aspects to it, including its weapon, combat, and map designs. The visuals are also fairly polished at this time and have various options for graphics in order to hit 60 FPS. 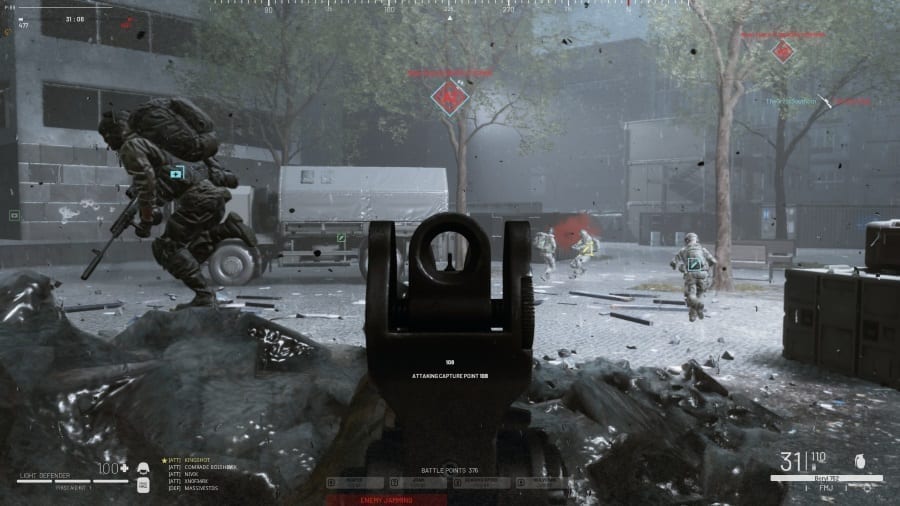 The game plays very much like an Early Access title, but it does seem a little farther along in the development process than most other games I’ve played. Bugs are sometimes very visible in your experience. When things are pumping on all cylinders though, World War 3 actually makes for a decent shooter, even if it mimics others you might have played before. There’s quite a lot of gaps to fill, sure. That said, these early efforts show that The Farm 51 is willing to not only stand by their product—but deliver.