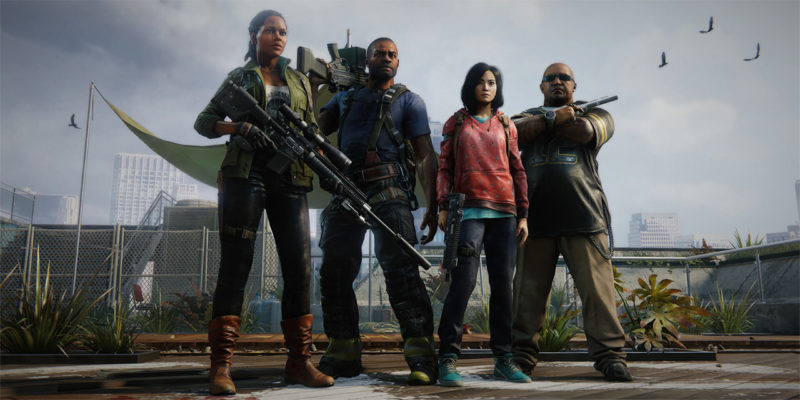 World War Z developer Saber Interactive has enabled full cross-play on for its co-op zombie shooter. Despite the feature being enabled back in March, PS4 players were excluded at that time. Now, players on all three major platforms can play all PvE modes together. The update is titled “Dronemaster,” because not only is cross-play enhanced, a brand new class is also available.

The Dronemaster class is the first post-launch DLC class to be added to World War Z. The new character comes with its own personal drone that stuns zombies when they get too close. You can also customize your drone in the perk tree to suit your play style and how your squad will set up. These seem to follow two basic paths: increase its offensive capabilities to make it more lethal in an assault or raise its defensive powers to better support your team.

There’s a few more bits and pieces of content coming too. A new rare weapon pick-up with its own upgrade tree has been added to the mix; the ACW-20. This low-caliber, semi-automatic grenade launcher might be ideal for taking out tight clusters of the brain dead zombies, but it also enables friendly fire. Basically, if you’re gonna use it, make it known. Saber Interactive has also reworked some of the existing content, saying: “There’s also a variety of new weapon upgrades, perk rebalancing, fixes and quality-of-life improvements.”

In the world of cosmetic items, World War Z hasn’t forgot those who love to dress their gear in shiny skins. Players can grab World War Z’s latest premium DLC today, the Signature Weapons Pack. This cosmetic DLC includes four unique weapon skins for the game’s main characters. It comes included in the existing GOTY Edition and season pass, for those of you who already picked those up.

The World War Z Dronemaster update is available now on PC via the Epic Games Store.