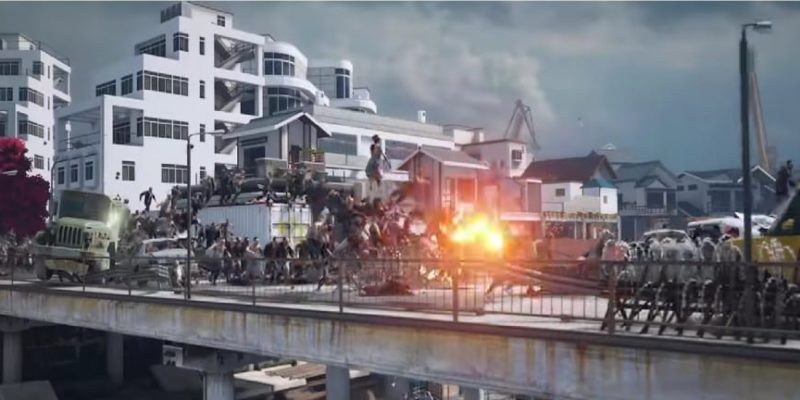 War. What is it good for? Well, absolutely nothing, unless it’s a battle against the undead. We’ll be seeing a lot of that in Saber Interactive’s World War Z which comes out next week. Check out the explosive launch trailer below:

The World War Z game — which is based on the Skydance/Paramount movie — will have crazed hordes of zombies running after you, eager to chomp at your bits. As you can see from the trailer, the game will take you to numerous locations such as New York, Tokyo, Jerusalem, and Moscow, with the environments and map details being fairly distinct from one another.

World War Z will also have a handful of classes to choose from:

There will also be a PvPvZ mode — player versus player versus zombies. Yep, your squad can face off against another team in various match types. Not only will you need to cooperate with players to fight the undead, but you’ll also have to survive against tougher and smarter human opponents. Well, unless they’re potatoes who can’t aim properly.

It looks like everything’s in place for Saber Interactive’s latest offering, but the coast isn’t clear yet. Remember, this isn’t based on the novel’s introspective and thought-provoking look into the world’s reaction to a zombie outbreak. This is based on the blockbuster, which means it’s a fast-paced and frantic action shooter. The last time a studio did an action-packed, team-based, online zombie shooter based on a popular zombie franchise — ahem, Overkill’s The Walking Dead — it didn’t live up to expectations.

Will Saber Interactive’s World War Z fare better? There’s a chance that it might since the gameplay already looks intense and intriguing. Then again, it might end up needing a cure, only to be given a fake one like the Phalanx? We’ll find out more when it releases on April 16. You can check it out via the Epic Games Store here.