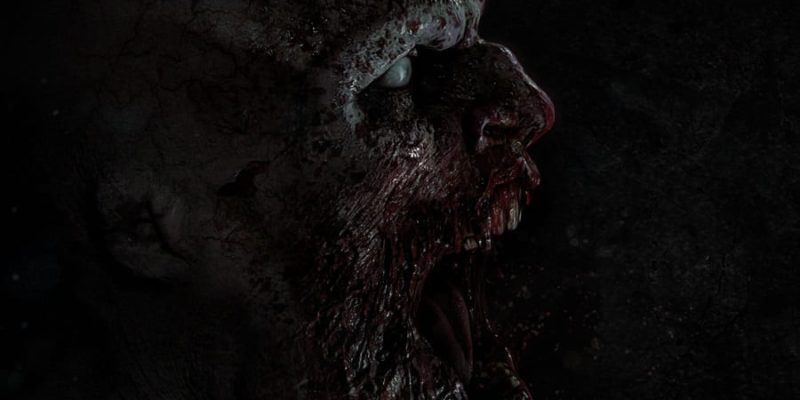 If you ask someone to name the first multiplayer, squad-based zombie game that comes to mind, they’ll more than likely say Left 4 Dead. The game isn’t exactly the deepest when it comes to the storyline. However, where it truly shines is within its gameplay. You can drop in-and-out of matches quite easily, playing through each of the story scenarios with ease.

Many games have attempted to recreate the same formula with which the Left 4 Dead franchise found success. And with each iteration, I’ve found myself jumping in with the hopes that I’ll find a new zombie survival game.  Recently, Starbreeze’s The Walking Dead seemed like it would finally scratch that undead itch but at the end of the day, I was left to continue my search for something to fill that multiplayer void. This is one of the main reasons that I was excited to see what Saber Interactive’s World War Z experience would look like when it finally released.

During E3 2018, a fellow writer had the opportunity to preview World War Z during the show. He came back telling me that the game looked promising, mostly hitting on the number of zombies that would later come to fill the screen at a given time. This is one thing that I hadn’t really seen or felt panic from in a long time. That’s when things get really crazy, fending off waves of zombies and wondering if you’re going to have to start back from the beginning of a mission. 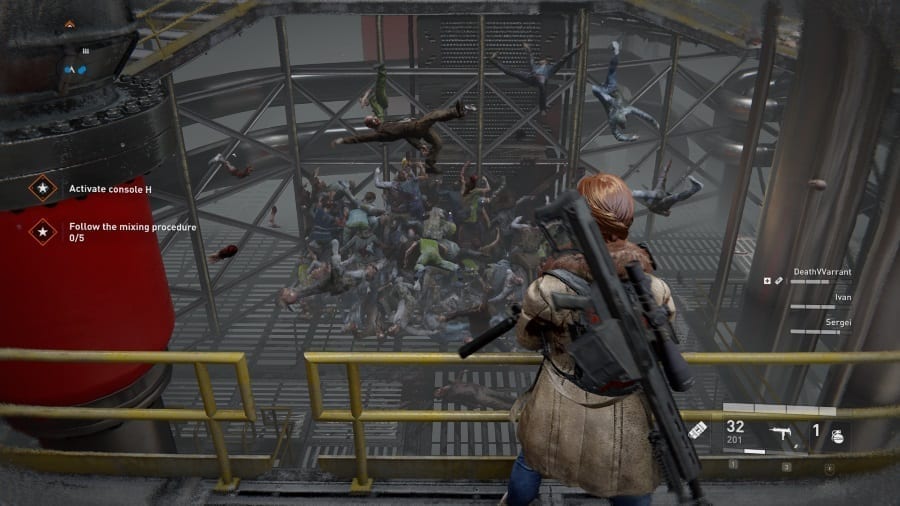 Hordes and hordes of zombies.

Down the road, I would go on to play The Walking Dead, and zombie waves was actually something the game did very well. I commend Starbreeze for really dialing in on the anxiety of an overwhelming heard of the undead, relying on the tools of your character in order to make it out alive. This was yet another reason why World War Z was on my radar – the hopes that Saber Interactive would take the baton and create the experience that the genre sorely needed.

Night Of The Living Zed

When you first boot up World War Z, there are various menu options to start your experience. The game is split into two areas: Campaign and Online Multiplayer. Within the campaign options, you can select to go at it alone in the offline mode or jump in to play the story with three other partners. This was actually one of my favorite parts to the game, even down to the way in which you unlock new weapon upgrades and abilities for specific character classes in-game. 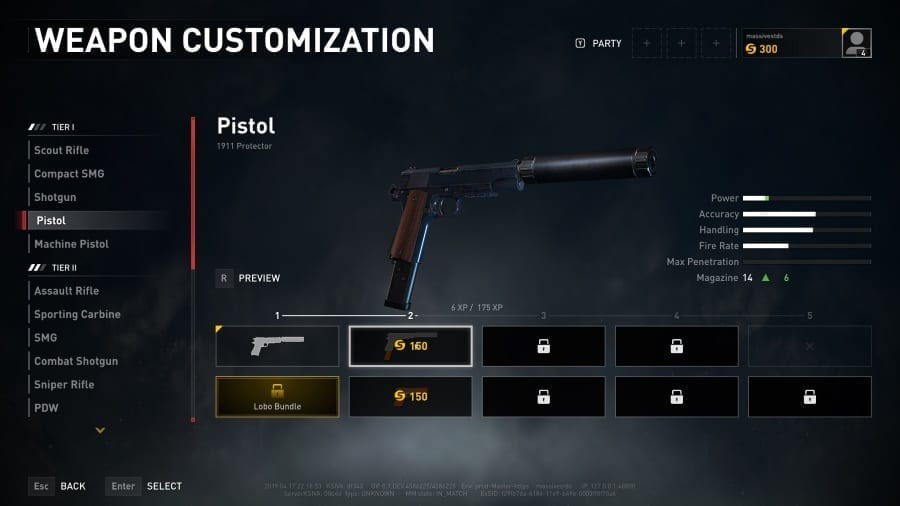 Completing a mission will provide you with currency to spend. Much like other shooters, precision and power will help you throughout your journey.

Although it might normally be tough to rely on the other people in your squad for a game primarily played online, I feel that the experience is much different when the goal is for everyone to survive the mission. There is a constant nagging to revive your squadmates, mostly due to the fact that if you don’t become a team player, your missions end up being in vain by leaving you to start your run all over again.

Each mission, depending on the difficulty, will run you anywhere from 15-20 minutes. If you’re playing on a higher difficulty, I commend you for being a glutton for punishment. I could only really duke it out on the easy or medium setting, both housing enough challenges for me. The one thing that you will immediately notice about the game is the ability to shovel in swarms of zombies at a given moment. I was impressed and surprised by the spilling of infected human bodies that would pour into an alley or street when the swarms formed. This is one area specifically that made me want to play this game. The panic and anxiety of this mass of rotting flesh was something I could see myself wanting to endure, especially in a story setting. 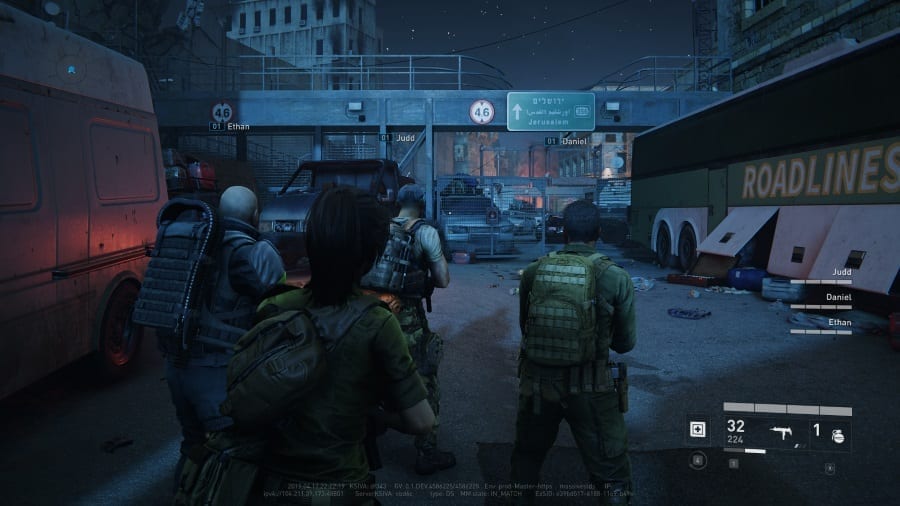 Outside of the campaign missions for the game are a set of standard multiplayer modes. Games like King of the Hill task you with holding a single point whereas Swarm Deathmatch is akin to a team deathmatch variant. However, each adds a little World War Z flavor to them with swarms spawning when the noise level in the match becomes crucial.

There was a ton of variety in terms of multiplayer matches. I did find matches like Vaccine Hunt (hold the vaccine for points, most points win) to have that addictive and competitive flavor nicely built into them. The four-person squads for these matches also provided a nice segue if you were moving from the online campaign and into something that had more frequent action and in the PvP format.

Down The Wrong Path

During my time spent with World War Z, I was able to complete the online campaign and competitive multiplayer matches. In doing so, though, I began to notice inconsistencies and annoyances that became more than just minor critiques throughout my overall experience.

One of the biggest shortfalls within my overall experience has been with the sense of incompleteness that I couldn’t shake during my playthrough. This mostly came via the connectivity issues I encountered more than once. At one point, I was at the end-game content and ready to call it a wrap so that I could play through the PvP portion of the game.

During the game, you’ll trot the globe and see the mayhem the outbreak has caused in other parts of the world. The last level leaves you attempting to escape in Tokyo. I was disconnected from my online match three times before finally making it through the campaign. Not great, as free time becomes a precious commodity when so many games are begging for your attention and attempting to lock you into playing them. 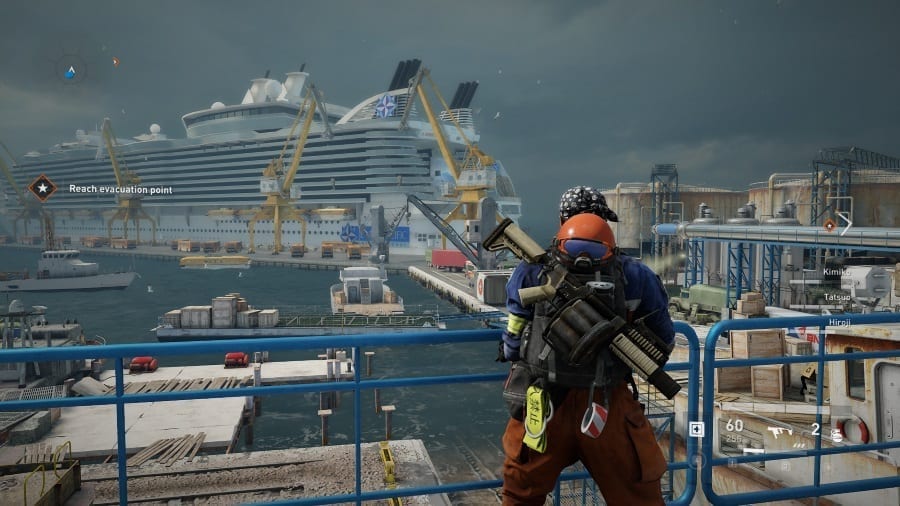 After these disconnects, I felt my time had been wasted on something that should have worked in the first place. World War Z isn’t an Early Access title, nor is it something that is still in development. This is the full retail release of a product with promises of patches coming in the near future.

You Make A Better Door Than A Window

I found myself frustrated with World War Z many times. On one hand, you have a zombie game with a diverse cast of characters, varied map designs, and a slew of upgradeable weaponry to keep you engaged. The level and character design is very much where the game shines, particularly when you bear in mind the lower-than-usual price point.

But, just when I was getting into the groove of the experience, immersion was broken with things like characters floating through the screen as if they were on a sliding platform. This was the case when escorting the doctor throughout the Jerusalem stage. I found myself questioning the overall experience and even if I was even having fun. If anything, I felt more and more halted by the mishaps than urged to continue by the positives of my experience.

World War Z was something I legitimately wanted to like. It checked all the right boxes for a zombie survival experience, heavily leaning into the action aspect and less on gadgetry for each character. Each level is illustrated to match its geographical location, really driving home the “world is on fire” aspect to the game.

After playing through the rinse-and-repeat story missions and multiplayer aspect, I’m much less interested than I was at the start. Sure, a new patch may come down the road. However, at this time, I don’t think I can recommend future trips to New York or Russia. You are better off staying put at home and maybe picking something else up for the time being.

There’s a good, not great, experience buried somewhere within World War Z. I just wish I didn’t have to experience the game in its current state to appreciate what will come in the future.

The level and character design is something to marvel at with World War Z, but it gets bogged down in its flaws. There's a good game buried in here but first impressions aren't stellar, and promises of updates don't do much for a fully released game with very noticeable problems.

By Martynas Klimas6 hours ago
Reviews

By Tim McDonald10 hours ago
Reviews