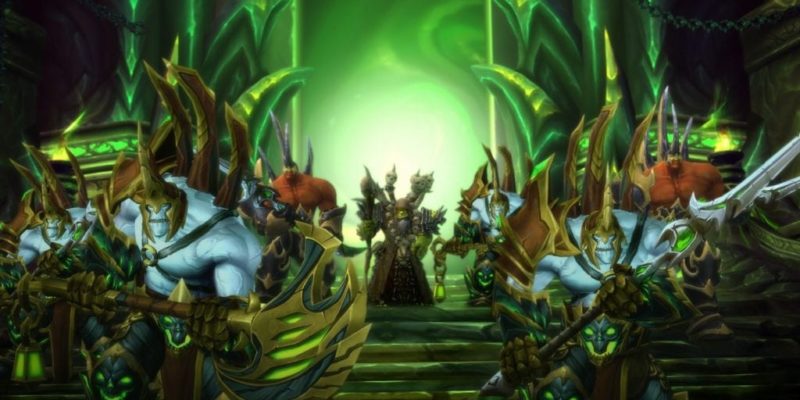 If you’re playing World of Warcraft and have the all-new v7.2 update running then you may be wondering where some of the new content such as the Sargaras Raid is. Fear not, it’s all coming but in a timely fashion.

Blizzard posted a timeline of events which should clarify when events/features are happening.

We’ve seen some confusion around the availability and timing of various aspects of the 7.2 patch, and we’d like to clarify our plans for releasing the remaining pieces of Patch 7.2’s content:

Several of these pieces tie into the overarching story being told in 7.2: our return to the Broken Shore for vengeance, followed by the Legion’s response, and the eventual buildup toward the assault on the Tomb of Sargeras and Kil’jaeden himself. With the release of Patch 7.2, that series of events is set into motion, but they don’t all occur immediately. For example, the upcoming Legion Assaults are a direct response to our initial attack on the Broken Shore. Those assaults, in turn, prompt some of the later parts of the Order Hall campaign. These events occur in a chronological order, and we want to give players the chance to be there as it happens, rather than having some of it unfold off-screen or rushing it along.

But aside from the narrative, pacing content releases helps with clear direction and player focus. During PTR testing, where we had the calendar advanced to allow for testing of all content in parallel, players were pulled in many different directions from the outset. While the heart of the patch lies on the Broken Shore, Legion Assaults were drawing players back to the original Broken Isles zones, and many Order Campaign questlines sent players to other expansions’ continents. With the content release structure we settled on, Broken Shore can stand alone as the initial focus of attention. We didn’t open the Tomb of Sargeras raid with the patch because we don’t want to rush players who are still progressing through Nighthold, but that same sort of logic applies to nearly all other features.

We apologize that that hasn’t been clear enough from the start, but hope that this will help relieve some concerns.