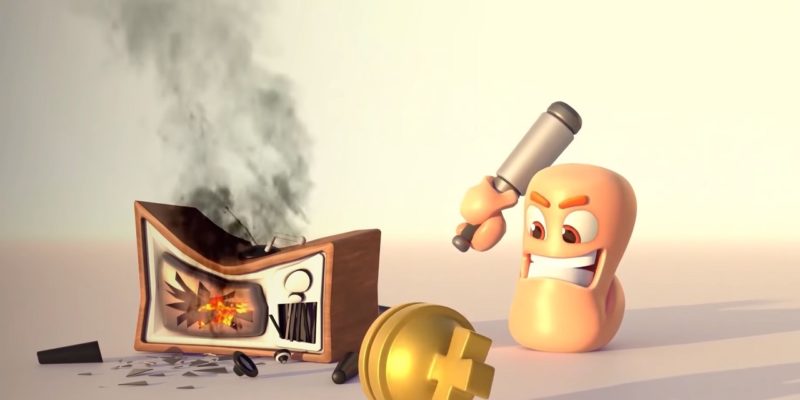 Ever since the first title released back in 1995, Worms has been a truly iconic tactics game. Developed by British studio Team17, it sees players battle each other to the death on deformable landscapes with various wacky weapons. We haven’t had a new Worms game since 2016, but it looks like that will change soon.

In a new teaser trailer on their official YouTube account, Team17 has officially confirmed a 2020 Worms game. As with most teaser trailers, it doesn’t provide many useful details, but there are a few potential takeaways. Most notably, the worm in the trailer is 3D, rather than the usual 2D.

Return of the Worms

If Worms 2020 did end up being a 3D title, it would be the first in the series since 2011’s Ultimate Mayhem. Of course, this shouldn’t be taken as anything more than speculation. It’s very possible this was just a design choice for the trailer and that the final product is another traditional 2D game instead.

Additionally, a counter-argument to the 3D theory is that the trailer focuses on the past 2D titles. It would be a strange decision to showcase the franchise’s signature 2D titles and then announce a 3D tactics game instead. If they were going to do that, surely the likes of Worms 3D and Mayhem would have been better options.

Otherwise, a tweet from Team17’s Twitter does point to some classic Worms weapons. It appears many old-school items such as the Bazooka and Sheep will make a return. In one way or another, they’ll apparently appear as “never seen before,” though that could just be generic PR talk. Alternatively, perhaps Team17 will take a gamble with Worms 2020 and try something different. It’s difficult to say.

Regardless of what Worms 2020 ends up being, it’ll probably be a solid game. If its game catalog is anything to go by, Team17 doesn’t tend to disappoint. Hopefully, we’ll get some more meaningful information in the near future.