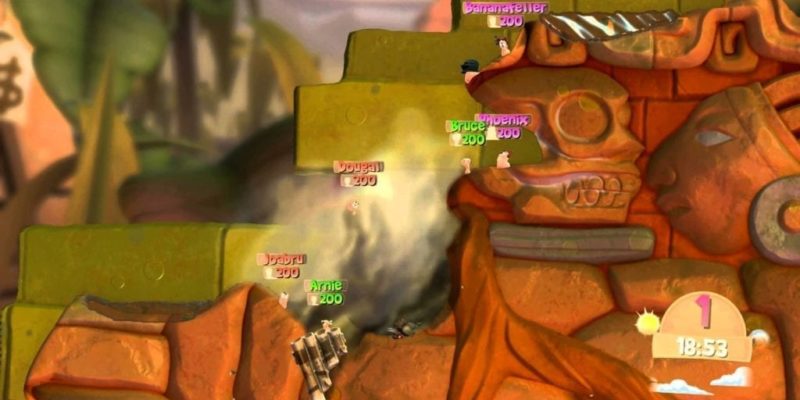 Annelid-based franchise moving onto Xbox One and PS4 this month, making them the 26th and 27th platforms the series has been released on

Veteran independent developer and publisher Team17 announced its award-winning franchise’s debut on the next generation of consoles, after having seen it already appear on over twenty-five other platforms since the series introduction back in 1995.

Worms Battlegrounds will be the among the first titles to be released under ID Xbox, Microsoft’s new program enabling independent game developers of all sizes to produce and self-publish games digitally on Xbox One, of which Team17 are an ambassador.

Worms Battlegrounds is due for a 30th May release for Xbox One and PS4 (EU) and will be available both via digital download and as a boxed copy at certain retailers.

In the US Worms Battlegrounds will be available for the PS4 via digital download from the PlayStation Store on the 3rd June.