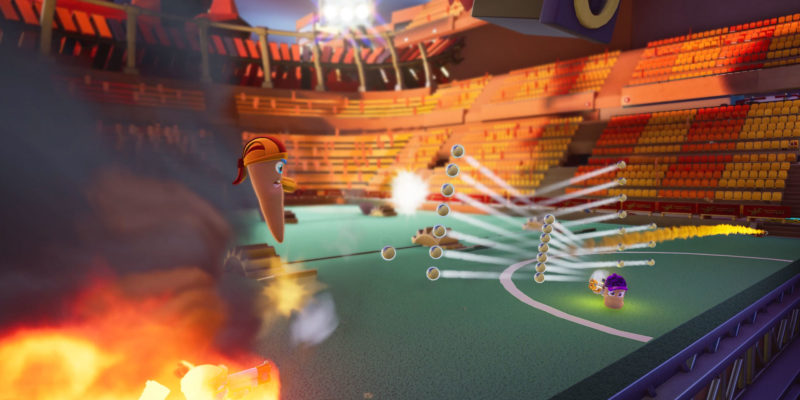 At the beginning of July, Team17 revealed a new game in the Worms series was on the way, Worms Rumble. It’s the first time the worms will be controlled in real-time and, as many games have done recently, it will feature a battle royale mode. There’s also deathmatch. The latest news from Team17 reveals that Worms Rumble will launch on December 1. First though, there will be an open beta on November 6.

Worms Rumble will feature crossplay between PC and PlayStation, which players will be able to check out in the coming beta. The Worms Rumble launch date was announced with an explosive new trailer that shows the glorious destruction the series never fails to deliver.

The trailer also gives players a first look at the second map coming to Worms Rumble at launch. The map is called Portal Park and it features a portal (no surprises there) that can dramatically change the environment. Portal Park also features an underground train for rapid transit and classic action scene battles. The trailer doesn’t show the environment being destroyed as the worms duke it out. However, Team17 has confirmed on Twitter that parts of every level are destructible. Thank the Holy Hand Grenade.

Kevin Carthew, Creative Director at Team17, said, “We’re very excited to see players take to the arenas, and it’s fantastic that through the PlayStation 4/PC crossplay open beta next month we can give them a taste of what’s to come in December.”

Matches in Worms Rumble will consist of 32 players, with three modes to choose from. There’s Deathmatch, Last Worm Standing, and Last Squad Standing. I can’t help but think it should be called Last Clew Standing – that’s the collective noun for worms.

You can already pre-order Worms Rumble for PC through Steam for $14.99 USD ahead of the launch date. Pre-ordering will net you a bunch of cosmetics, with PC players getting a “New Challenger” bonus pack that includes some additional skins. 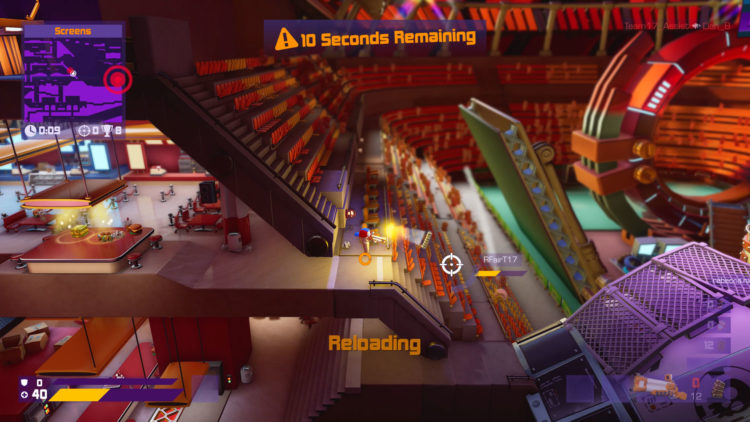