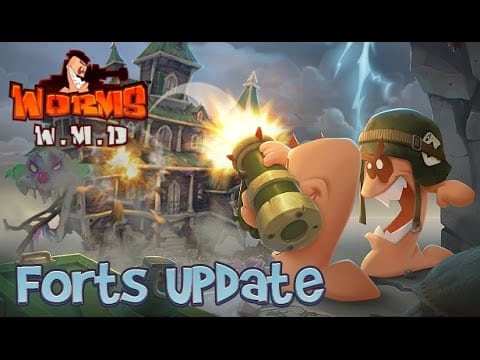 Team17 has released a free update for Worms W.M.D on Steam which adds the new Forts mode. Worms players can now defend their forts against other players’ pesky worms.

The update brings six new Forts, Castle Hassle, Donkey Dig, Reactor, Haunted, Pink Peril and Rocket. The update also brings new customisation rewards for the worms. A new crafted weapon called the Magnetised Drone, which was designed by a member of the community, has been included in this update. The are also bug fixes too and the full list of those can be found in the patch notes.

The video below takes a look at the Forts mode and the structures players need to defend.