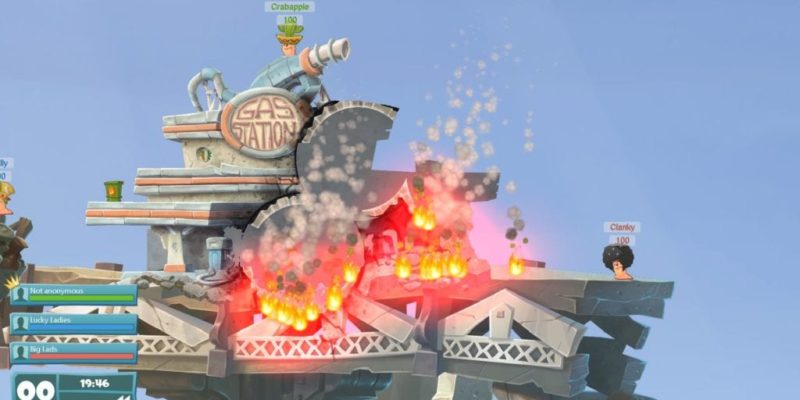 2015 is the 20th birthday of Worms, so I suppose it makes sense to announce the latest Worms title this year. Even though it won’t be out until next year. Hmm.

Worms WMD offers hand-drawn landscapes and cartoon-inspired Worms, but neither of those things will really impact the gameplay. What will is the addition of vehicles and structures that can be entered, offering a few more strategic possibilities for your turn-based tactical mayhem.

This might be just the thing that the ailing franchise needs to revitalise itself… or it might just wind up being another Worms game that doesn’t play particularly differently to the dozen released in the last few years. If you’re heading to Gamescom then you can apparently find out for yourself, as a playable build will be available there.

Team 17 also announced Worms 4, but that’s for mobile devices only. Also: didn’t Worms 4 come out on the PS2? Wasn’t it a 3D game? Are Team 17 just pretending that never happened? These questions and more will not be answered on PC Invasion, because we only deal with PC stuff.

Worms WMD will explode onto the PC next year, hopefully with a bang rather than with a whimper. Maybe this time, the worm will have turned. Okay, enough puns; you can see Worms WMD screenshots below.

Race The Sun is free, until sundown