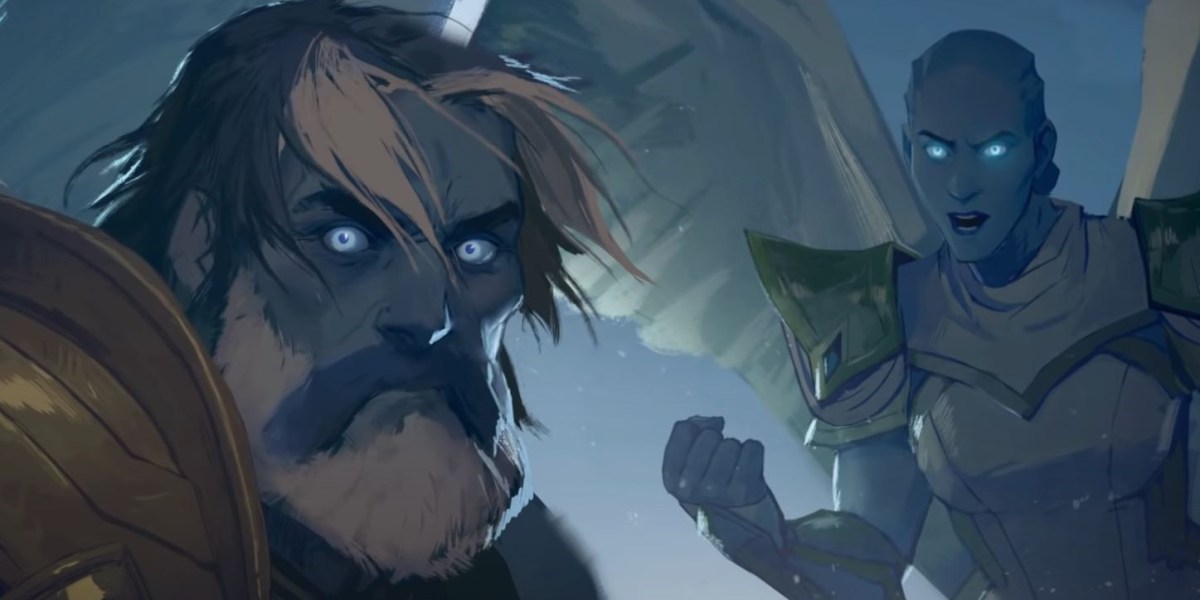 A new piece of artwork for Uther Lightbringer is available in the Blizzard Gear Shop. In fact, fans may recognize it as the artwork is from the Afterlives: Bastion animated short, which premiered last night at Gamescom.

In the short, we see Uther’s last moments as he was slain by his student, Arthas, during the evens in Warcraft III. We now know that Uther was sent to Bastion, an area of the Shadowlands – World of Warcraft‘s afterlife, which we’ll be visiting in the upcoming expansion. Bastion is for those of noble heart, who lived a life of service. In this realm, they let go of their mortal lives and eventually achieve a purity of soul so perfect, they become angel-like creatures known as the Ascended.

At least, that’s the idea. Uther finds it impossible to let go of his mortal life, and his desire for justice against Arthas. In part, this is due to the wound Arthas inflicted on him with the blade Frostmourne. There has been some confusion about this – Frostmourne traps the souls of those it kills, and in fact we were even able to communicate with Uther’s soul during the events of Wrath of the Lich King. So how is his soul in the Shadowlands? Now we know. Frostmourne didn’t just kill Uther, it damaged his soul. In fact, the blade itself is from the Maw, the most dangerous area in the Shadowlands. It’s a revelation that frightens the Kyrian Devos so much that she decides to help Uther.

Uther gains his wings. As Arthas dies, he’s there to take his soul and cast it directly into the Maw – and it is that moment of Uther casting Arthas into Azeroth’s hell, with Devos looking on, that is captured in this image. 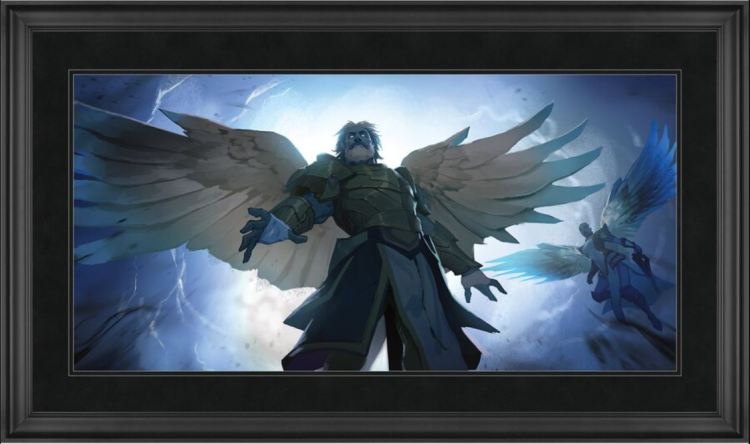 Several versions of this artwork of Uther Lightbringer are available on the store, ranging in price from $29.99 USD for a matted art print to $149.99 USD for a framed print.

Are Zombies finally coming to Call of Duty: Warzone?

By Leo Gillick3 days ago
News