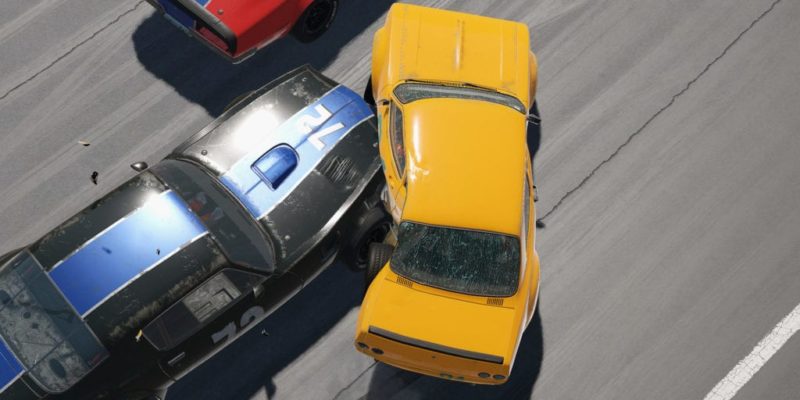 As well as rendering bits and pieces falling off cars in greater detail than before, this newest version of Wreckfest is promising improved tire and suspension modelling as well. So that should help both the people who are planning to race properly and those who are just into ramming things.

There are also said to be “several engine optimizations” (including, I believe, full 64-bit support) and some unspecified new cars and tracks. if the latter additions are in line with what was advertised last month, they’ll be two new tracks (one fresh, one overhauled) and a pair of new cars (one US, one European.)

According to Bugbear, this is not the end of the updating process. Far from it in fact, as they’re saying that the new ‘base’ for the game means “more features and content as well as improving what we already have.”

In conjunction with all these changes, Wreckfest is 40% off on Steam for the near future. That puts it at $18.00 USD.

There are some new screenshots showing a bunch of smashed up cars too.