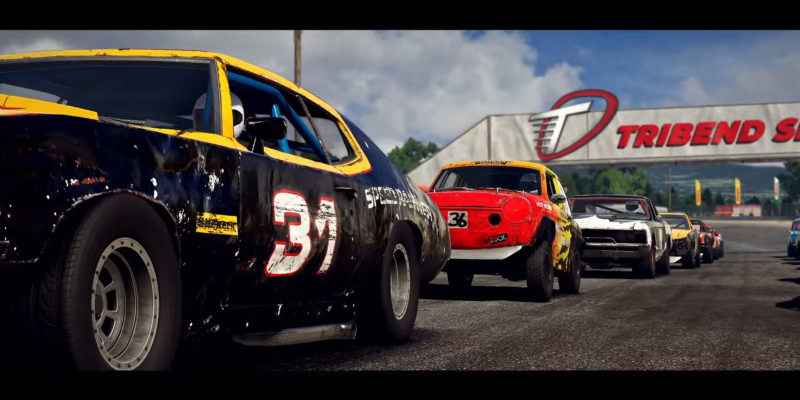 Wreckfest’s February update is its first one since the holiday update in December 2019, and it brings two new tracks to the destruction derby, as well as some fixes and improvements under the hood. Plus, it’s free. You can check out the full update notes on THQ Nordic’s website.

The first of the new tracks available in Wreckfest is the Tribend Speedway. True to its name, the Speedway has just three corners and plenty of room for players to put the game’s true-to-life physics to the test at maximum speed. Also, someone forgot to remove a bunch of concrete barriers from the track, so you’ve got that to deal with too. You can expect fast-paced flips and crushing cornering. You can’t expect your car to make it to the finish line. Certainly not in one piece.

The second track included in the Wreckfest February update is the Thunderbowl. Two bowls plus a middle pit equal pieces of the cars flying everywhere. That’s some solid destruction derby math right there. Good luck trying to be the last car rolling in that brawl.

The mechanics have done some work in the garage

The February update has done some tinkering to the gearboxes of the cars in Wreckfest. All the transmissions will now engage first gear during the race countdown. This will make the launch equal among the fully automatic, manual, and manual with clutch shifting modes.

There have also been some updates to the balance of the cars of Wreckfest. Not the wheel balance like you would expect from a regular car racing game, but rather balances to armor and things that keep your car in one piece. The biggest changes are to the Raiden RS, which has been made slightly weaker and will now max out slightly earlier in terms of its performance. The Rebelrat has also been toyed with, and it will now be more competitive with an increase to its maximum performance points.

The Wreckfest February update is free, but naturally, it requires you to first purchase the base game. You can pick it up on Steam for $39.99.