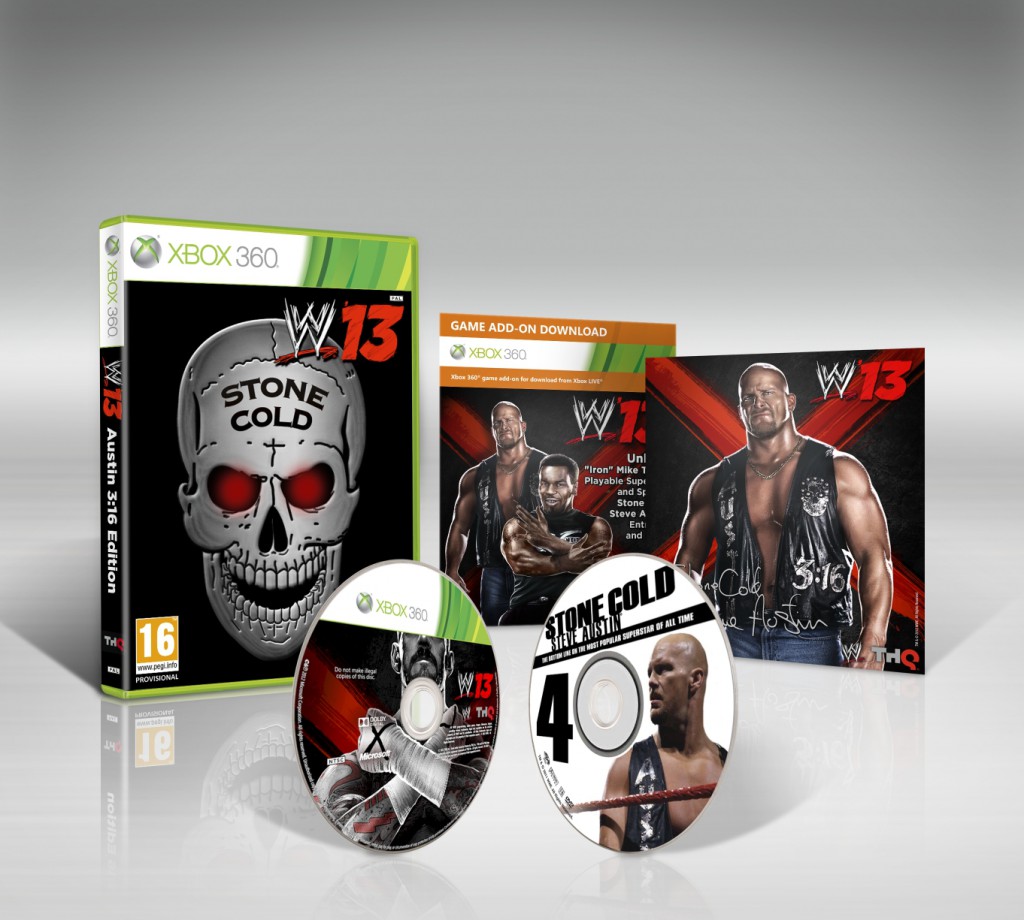 One of WWE’s most famous faces, ‘Stone Cold’ Steve Austin, will be lending his image to a special edition of THQ’s WWE ’13. The ‘Austin 3:16’ Special Edition will be available to pre-order for Xbox 360 and PlayStation 3, and includes the following set of items to wrestle out of the box:

WWE ’13 is due for release on 2 November. You can see images of most of the above in the gallery that follows.

Gandalf and Gollum profiled by Guardians of Middle Earth [Video]