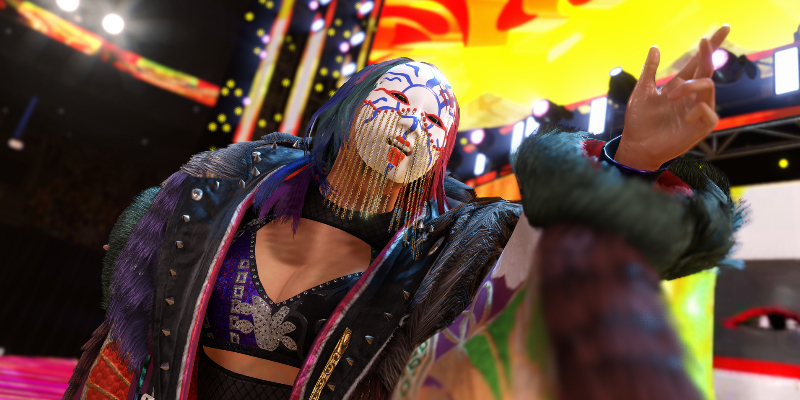 It’s no secret that WWE 2K20 was one of the worst sports games ever made. Following its development, many fans began to seriously question 2K Games’ lack of care. It turns out those fans weren’t alone, as the WWE itself is reportedly considering a switch to team up with Electronic Arts.

A post on the Fightful Select Patreon details how the WWE has begun preliminary discussions with EA regarding the future of its games. This is a response to the awful state in which WWE 2K20 was released, which is considered to have damaged the WWE brand. Furthermore, the WWE is apparently unhappy with the alleged budget cuts that worsen each year.

The silver lining for 2K Games is that it has one last chance. WWE 2K22 launches in two days, and it is the first installment to have received a multi-year development cycle in quite a while. If it performs well, there is a chance that the WWE will not switch to Electronic Arts for future games.

From EA’s point of view, it will likely want to add WWE to its ever-growing catalog of sports games. With FIFA, Madden, and NFL already dominating their respective fields, another addition would surely be an attractive proposition. EA has already shown a willingness to publish more sports games, having added Codemaster’s F1 series just last year.

A change of hand?

If the WWE license moves from 2K Games to Electronic Arts it wouldn’t be a first. Many of the WWE games that people have fond memories of were published by the now-defunct THQ. Although, even when 2K Games took over in 2013, developer Yuke’s was able to continue working on the series.

That remained true until WWE 2k20, where NBA 2K developer Visual Concepts took over. We all saw how that ended. Whether 2K Games and Visual Concepts can turn things around is to be seen, but don’t be surprised if next year’s installment boots up to the iconic EA Sports intro instead.

WWE has had talks with EA for future video games, per @MikeStrawMedia on Fightful Select. This could be huge for the WWE gaming brand.

By Matt Henzel18 hours ago
Features