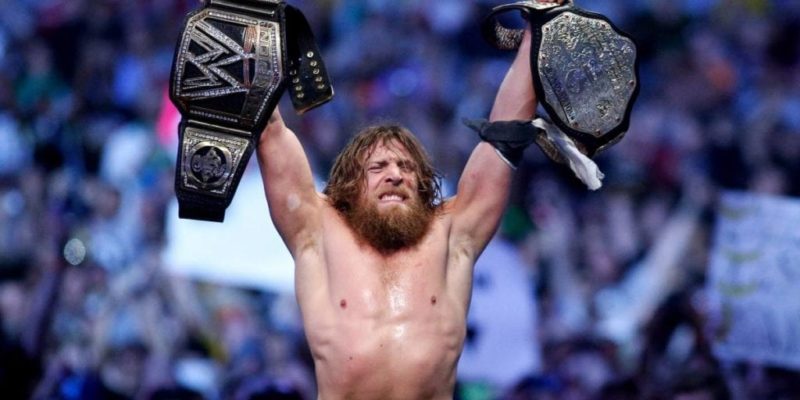 Daniel Bryan has had a career that was much like a roller coaster of emotions. The perennial fan favorite has had amazing highs and crushing lows, and fans were in for the ride. That’s why we do feel it’s a treat that the upcoming WWE 2K19 will feature the leader of the “Yes Movement” in its Showcase mode.

Previous WWE 2K games had Showcase modes that ranged from brilliant portrayals of bygone eras to forgettable additions. Some games allowed wrestling fans to reminisce about the Attitude Era or the rise of Stone Cold Steve Austin. Others simply had throwaway match combinations just to give the Hall of Fame DLC superstars their own bouts. I mean, come on, who would’ve ever wanted a “Godfather vs. Papa Shango” highlight?

We’re hoping that Daniel Bryan’s career retrospective to be showcased in WWE 2K19 will be of the good kind. By that, maybe some vignettes, interviews, replaying specific actions in matches, and the like rather than just a selection of exhibition matches. Check out the footage below courtesy of our friends at IGN.

The Daniel Bryan Showcase will not only provide some of his more recent bouts, it will also go all the way back to his earliest days in the WWE. And no, it’s not just facing The Miz when he was a Tough Enough “rookie,” but when he and newbie John Cena wrestled in Velocity back in 2003. Yes… it goes way back in his career.

And what a career it was — from joining WWE as an independent circuit darling, to having middling feuds, to forming “Team Hell No” with Kane, Daniel Bryan’s popularity as an underdog turned him into a universally adored babyface. That journey culminated with him becoming world champion at Wrestlemania 30.

We also witnessed how it came to a crashing halt. Due to injuries, Daniel Bryan had to relinquish the championship just months later. A year passed, and concussions forced him into an early retirement. Bryan openly talked about how depressed he had become just because of how much he missed wrestling.  Then, with the deck stacked against him, he kept fighting for his dream. He was finally medically cleared just in time for this year’s Wrestlemania. Since then, Daniel Bryan has shown that he hasn’t missed a step.

Will fans like the chance to relive The American Dragon’s greatest hits when WWE 2K19 releases this October? The answer is: “Yes! Yes! Yes!”

The Walking Dead: The Final Season Episode One out now!