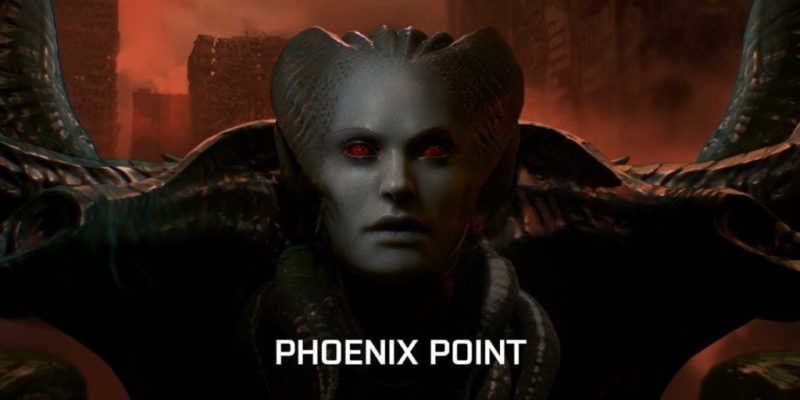 Julian Gollop, strategy veteran and creator of the original X-Com (UFO: Enemy Unknown), is crowdfunding a new game of turn-based tactics. Phoenix Point has launched its public Fig campaign today, in search of $500k in funding. At present it has around $130k.

Like the very first X-Com title, Phoenix Point will attempt to combine turn-based squad tactics with longer term global strategy. A ‘Pandora Virus’ discovered in melting permafrost has devastated the world. Humans now live in small, warring communities. Meanwhile, the virus has messed around with DNA, creating monstrosities on land and (especially) under sea.

As described in the pitch video (below), humans control the skies, creatures control the seas, and everybody is fighting over the land. Your customisable squad will have to embark on missions, and will battle both genetic horrors and (if diplomatic channels fail) fellow humans.

You control one ‘cell’ of the Phoenix Project, staffed by scientists, engineers, and soldiers. Research and development of new weapons and technology will be possible, just as in X-Com. Expect plenty of procedural, destructible environments too.

There are also areas where Phoenix Point seeks to build on the familiar formula. The nature of the virus means the enemies you’re facing will be able to adapt and evolve to combat the tactics you employ in battle. In addition, there will be larger ‘boss battle’ type encounters that require multiple squad members to co-ordinate in order to defeat.

‘Early Bird’ digital editions can be reserved for $25. The regular price is $30. Phoenix Point will be made available through both Steam and GOG. At present, the estimated release date is late 2018.

Here’s Gollop’s pitch. If nothing else it looks like his team could do with some cash for a new electricity system. Working by lamplight is atmospheric, but it can’t be good for the eyes.