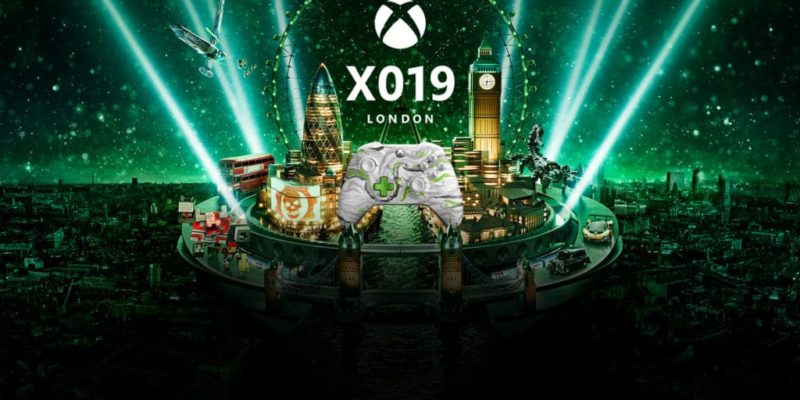 X019, Microsoft’s annual celebration of all things Xbox, has kicked off with a barrage of announcements and reveals. The long, long-awaited PC version of Halo: Reach got a release date, as did Wasteland 3. We saw some pre-alpha gameplay for Age of Empires 4 and three entirely new IPs were announced: Tell Me Why, Everwild, and Grounded. And that’s not even all of it. Without further ado, let’s dive into the X019 recap.

Halo: The Master Chief Collection’s journey to PC has been an epic saga. But the torment is nearly over, and fans of the series can finally rejoice. At X019, Microsoft dropped a most welcome launch trailer for Halo: Reach, the first game to be released in The Master Chief Collection. Not only that, but the publisher also revealed that Reach will be available on Xbox Game Pass and Steam on December 3.

If all we’re seeing is pre-alpha gameplay, then you can be sure Age of Empires 4 is still a long way off. Having said that, the game looks gorgeous. And epic. But especially gorgeous. You’re going to need to remind yourself that time is of the essence and you’re playing an RTS game, not a medieval city builder. The cinematic camera angles make the battle we see in the trailer more dramatic than it would be in-game. But even the zoomed-out shots, which are closer to what the player’s perspective would be, look impressive.

Return to the wasteland

The world is in a bad way in the post-apocalyptic Wasteland 3. Violence rules and mechanical monstrosities roam all over. The concerned and optimistic narrator dreams of a better time — 1987, to be precise. As the leader of the Desert Rangers, and with an arsenal of new weapons at your disposal, it’s going to be up to you to answer violence with violence so the world can get back to being peaceful. Your revolution rises on May 19, 2020.

This one’s going to hurt

Never one to shy away from complex issues, Dontnod Entertainment’s next episodic adventure, Tell Me Why, tackles transgender identity. The game revolves around identical twins, Tyler and Alyson, confronting their complicated past to try and find closure without destroying their relationship. If Dontnod’s previous games are anything to go by, you can expect Tell Me Why to continue discussions regarding mental health, relationships, and rough upbringings. All three episodes of Tell Me Why will release in the summer of 2020.

Sea of Thieves developer Rare has revealed a brief teaser for its next game, Everwild. The trailer gives nothing away when it comes to gameplay, but the video description tells us that Everwild will offer players unique and unforgettable experiences. Based on the gorgeous scenery and exotic wildlife in the trailer, I’m inclined to believe it.

Take on something your own size

Survival games have become very familiar to players, but we’ve never seen one on the scale of Grounded. And by that I mean, you’re a tiny person with big problems. Instead of having to survive the post-apocalypse or a strange new world, players will have to survive the back yard. Explore the familiar, but out of proportion landscape, scavenge parts to build weapons and armor, and try not to become a bug’s dinner.

Fear not, good reader, our X019 recap hasn’t left anything out. Here are all the other announcements and reveals that were made during day one:

There’s still more to come from X019, so be sure to check back with us for all the announcements and reveals from London.

The jail and Underlords get reworked in Dota Underlords

Get in the driver’s seat of the KartRider: Drift beta