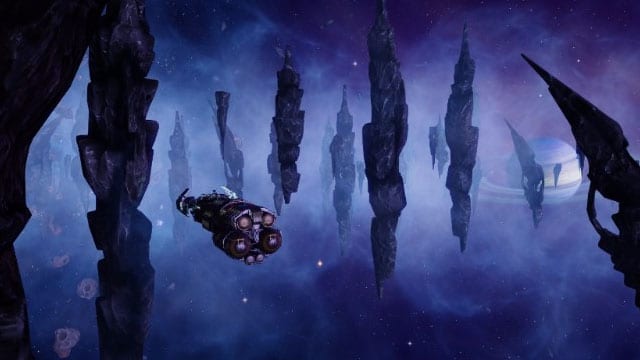 Egosoft’s X series of space games are about to get new additions, updates, and the X4 sequel.

Egosoft has revealed they are currently working on the next game in the series which is unsurprisingly called X4. There’s not much more information available at the moment apart from players being able to pilot “many different ships”, a new interface to manage large fleets, and full freedom when building stations and modules. Egosoft’s Bernd Lehahn had this to say about a new game before they release any new information.

“When we worked on X Rebirth we needed to make a lot of simplifications. We removed some features in order to be able to concentrate on others. But when X Rebirth was released, many fans expected it to be an “X4″; a game with most of the key features of the X3 games and then some. Since then, we have worked hard to make X Rebirth a better game, incorporating player feedback, continuing to develop the engine it is based on, and releasing many updates and expansions. However, we also realise that there are still many unfulfilled wishes, some of which would require extensive changes that couldn’t be implemented in the existing game. Many of these are things we would also like to see in a space game and these, along with the foundations laid by all the work and feedback that went into X Rebirth, have been the basis for the big project that we have been working on for the last few years: a real X4.”

X fans who own a VR headset can now look forward to a completely new X game called X Rebirth VR Edition. This VR edition is based on X Rebirth Home of Light and it’s been redesigned and optimised for VR headsets. This VR edition will be coming to Early Access in the first half of 2017. Owners of X Rebirth will also be able to take advantage of a discount. Egosoft will be changing

Egosoft will be changing game in the following ways for VR:

That’s not all that’s in the works at Egosoft, there are beta versions to test for X Rebirth 4.10, X3: Albion Prelude 3.2, and X3: Terran Conflict 3.3. According to Egosoft, these beta updates “improve the games” and players can expect performance improvements.

Players of the X series will now that when Egodoft release new games it’s more often than not a buggy mess and it takes them time to sort the games out. With any luck, when X4 and the new X Rebirth VR Edition releases, Egosoft will have taken their time and get these out the door as complete as possible.

Paragon’s Monolith update has improved the game. The numbers show it

Uproar.gg is rewarding gamers for playing