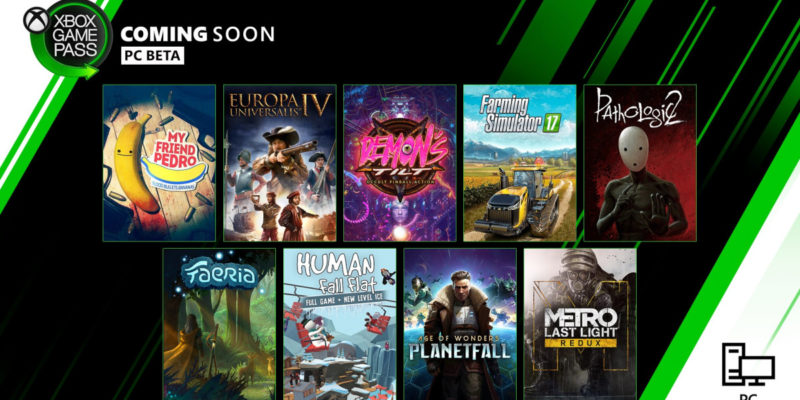 Xbox Game Pass is an excellent service, and it’s one that’s become all the more impressive with the recent announcement of dozens of additions in 2020. Hitting the service this month are nine new titles for PC, in addition to Halo: Reach (read our Halo: Reach PC technical review to see how it runs). December will also see some Game Pass updates coming to existing games and the software.

Here are the games coming to Game Pass PC in December:

Of the list, I’m most excited for My Friend Pedro and Age of Wonders: Planetfall. Age of Wonders was released on consoles during XO19, but as a massive strategy game, its true home is on PC. Also worth noting is Faeria, which is a nice take on an old formula. It’s similar to MTG Arena in that it’s a collectible card game. However, it features a “living board,” where players can shape the battlefield as the game progresses. That should make each game unique, something CCGs currently struggle with.

In addition to new games, the Xbox team has some updates coming to the Game Pass app and a few existing games. Sea of Thieves is receiving its free “Seabound Soul” update, which features new firebombs and lore-based tales. It doesn’t sound quite as big as the “Fort of the Damned” update, but it’s still something to pay attention to for Sea of Thieves fans. Dead by Daylight is also receiving new content in the form of the “Cursed Legacy” update, which features a new map to explore.

Some big changes are coming to the Xbox PC app, too. You can now theme your background with first-party art, including options from Forza and Halo. More exciting, though, is that you can now view other gamers’ profiles, as well as what games they’ve played and their achievement history. If you’re an achievement hunter yourself, you can quickly set achievement art as your desktop background, too.

In celebration, Microsoft is offering a quest for PC players. Earn any achievement in the month of December, and you’ll receive 100 Xbox rewards points, which you can redeem for merchandise and codes. Make sure to check out the eligible games for this quest here.