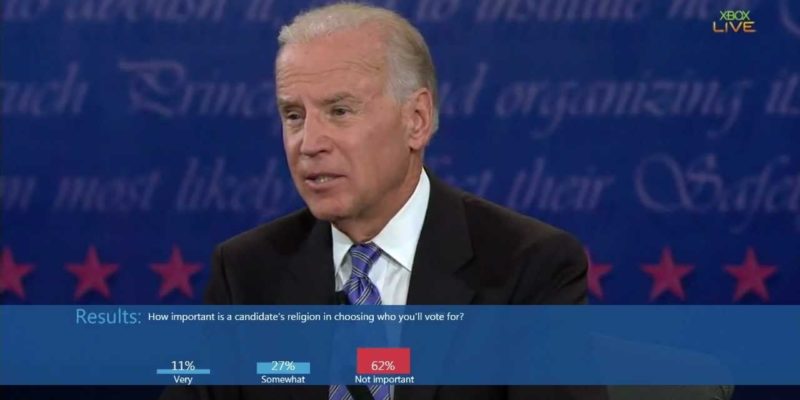 Last night the second TV debate took take place in the US  Presidential race with Paul Ryan and Joe Biden going head to head.  XBox LIVE provided a platform for viewers to vote on key issues during the debate with questions that popped up while the debate was on-going.

The use of XBox LIVE to poll the community is  interesting, and with over 800,000 responses to poll questions during the debate, it gives a good indication on how the younger demographic voters and swing voters are positioned with the candidates at this point.

There’s still a long way to go, and with Obama’s lacklustre performance last week, Biden needed to come out fighting and the majority of political commentators handed this debate to Democrat Biden.

Key stats from the Xbox LIVE results are as follows, and below you can see a video on how it all worked: