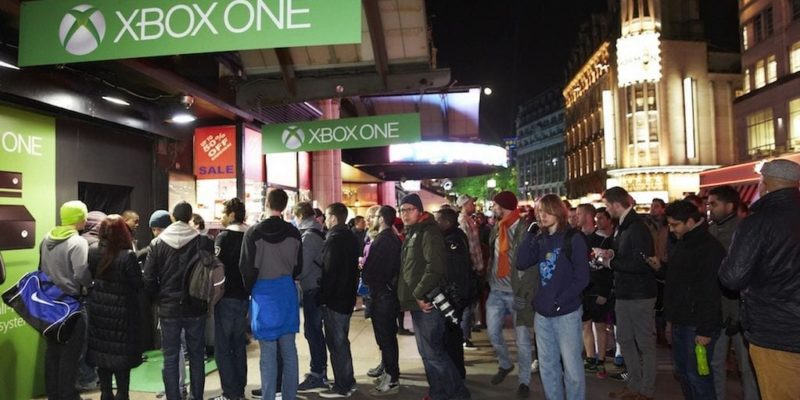 Microsoft released the Xbox One in 13 different markets on November 22nd, including North America, the United Kingdom, Australia and part of Europe, and today they have announced that the next-gen console has sold more than one million units in less than 24 hours.

Calling it the “biggest launch in Xbox history”, Microsoft have also stated that the Xbox One is currently sold out at most retailers though it is working hard to replenish stock to satisfy the demand.

“We are humbled and grateful for the excitement of Xbox fans around the world. Seeing thousands of excited fans lined up to get their Xbox One and their love for gaming was truly a special moment for everyone on the Xbox team. We are working hard to create more Xbox One consoles and look forward to fulfilling holiday gift wishes this season.” said Yusuf Mehdi, Xbox corporate vice president of marketing and strategy.

This comes a week after Sony announced the PlayStation 4 had reached the 1 million sales mark on its first day on sale when it launched in North America on November 15th.

Does this prove that consumers have forgiven Microsofts heavily criticised early pitch? Are Sonys numbers more impressive giving that they launched in a much smaller market? Let us know in the comments below.

3 Things The Wii U Could Learn From The PS4