It’s been quite a long time since I used a recent Xbox Controller. I used a wired Xbox 360 controller on PC for years and years and, I have to say, the thing never stopped working, even if the buttons started to stick a bit and the rubber on the left stick rubbed off. I eventually switched to a DualShock 4 (which did stop working) and had mostly solid results, though the compatibility still wasn’t all the way there. The Xbox Series X/S debuted back in November of 2020 along with a newly-revised controller, so I thought it was time to put a couple of them to the test for PC gaming. What I found was another impressive, high-quality offering.

To be clear, unlike Sony’s controllers, the Xbox Series X controller isn’t all that different from the Xbox One controller before it. Of course, that’s far from being a critique. The first thing I noticed upon getting my hands on one of the controllers was the way they’re textured for grip. The controller is smaller than previous iterations, but the size, shape, and grippy accentuations easily make for one of the most comfortable controllers I’ve ever used. It’s also surprisingly lightweight and very sturdy, with the same impressive build quality you’d expect from an Xbox controller.

One thing I was worried about prior to using it for the first time was the D-pad. The Xbox One iteration did away with the flimsy, floating dish pad of the 360 controller. I always had a lot of trouble with getting mine to register movements. This version brings it back, but in a completely different, infinitely superior capacity. Using the D-pad is clicky and tactile, in addition to being perfectly responsive. Not only does it work wonderfully for menus, but it feels excellent when paired with 2D games. It gives me all the snappy responsiveness I need, regardless of what I’m playing. 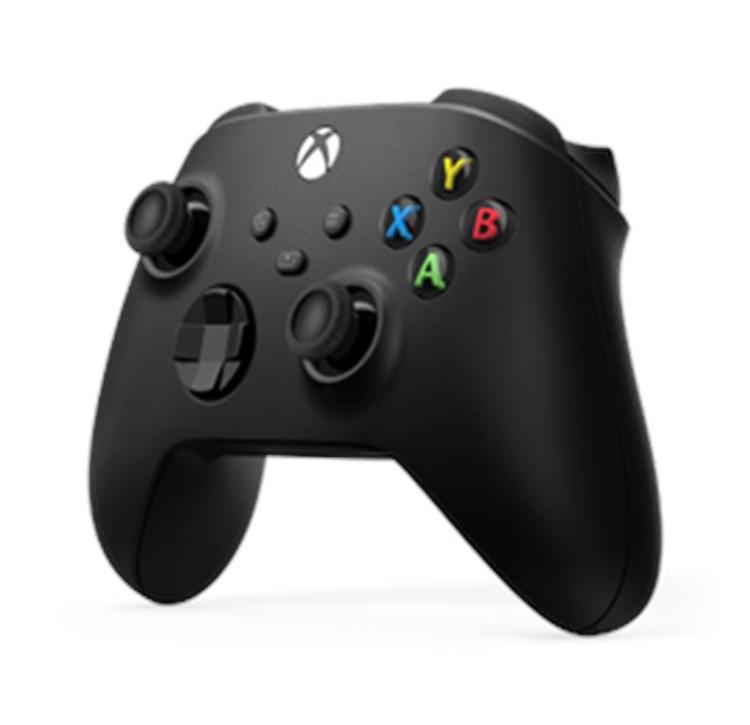 Unlike Sony’s controllers, there aren’t any frills in the Xbox Series X controller. But I’m honestly pretty okay with that. I don’t require motion sensing, haptic feedback, or touchpads. I’m perfectly happy with the standard assortment of features. The sticks are particularly nice, with a firm rubberized exterior and a circle of softer material at the center of the stick. I tested the deadzones and found them to be pitch-perfect as well. Much like holding the controller, the sticks are simply very comfortable to use, and they feel like they’ll hold up for quite some time.

The face buttons also feel quite good when pressed, although they’re louder than I thought they’d be. I don’t personally like the way the oversized colored letters look on each button, but that’s a minor nitpick. The shoulder and trigger buttons, on the other hand, I like even more. The shoulder buttons are snappy and feel awesome to use, but the triggers are probably the best I’ve ever seen. They’ve got the same grippy surface as the back part of the controller, and using them feels perfectly natural and satisfying. Down to materials, placement, and button feel, the Xbox Series X controller simply feels fantastic in my hands.

Other than those features, you also have pause and select buttons, in addition to a share button. Then there’s the Xbox button itself. Interestingly, you have to turn the controller on even when it’s wired to be able to use it. Otherwise, the Xbox light will stay off and it won’t respond to inputs. This is a nice feature for players who make a lot of use of their mouse and keyboard as input devices. I’ve occasionally seen games get confused when both are powered on, so this is a great way to dodge it when wired. Meet me at the bar

Pressing the Xbox button on the controller while playing on PC will bring up the Xbox Game Bar, which lets you manage social features as well as glean some quick performance details. It works well and the game bar is easy to dismiss. As for setting the controller up, it really couldn’t be easier. The packaging is simple, allowing quick and easy access to the controller. You can pair it to your PC via Bluetooth or the Xbox Wireless Dongle.

You can also connect the Xbox Series X controller to your PC via a USB-C cable. Once it’s plugged in or synced, there’s no need for additional drivers or anything of the sort. You’re just good to go. Once I plugged it in, it was a seamless experience. The controller has worked perfectly ever since, without even the tiniest problem cropping up. Of course, aside from players who want additional functionality more akin to a Sony controller, there is one notable thing that isn’t quite up to the rest of the controller’s standards. I’m, of course, speaking of the fact that it still runs on batteries.

Many other controllers are rechargeable, which has mostly become the norm, but having to swap in two AA batteries (which are included with every controller purchase) is a fairly unwelcome blast from the past. To be fair, you can buy a rechargeable battery pack that brings the controller in line with the modern era. But it’s $25 USD, which can be a hard pill to swallow on account of it being nearly half the controller’s full retail price. Microsoft has had a longstanding partnership with Duracell. Whether or not this is the key reason behind its staunch reliance on replaceable batteries is moot. It’s still the main thing holding the controller back, which is unfortunate. 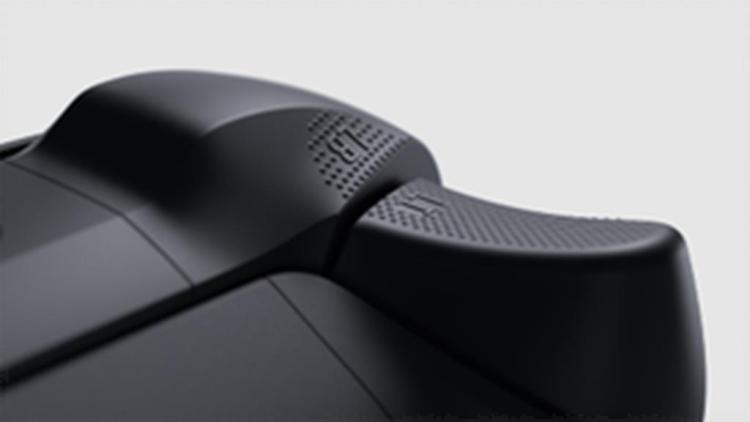 Easy on the eyes

I got to make use of a Carbon Black and Shock Blue Xbox Series X controller, and they both look fantastic aside from the letters on the buttons. The only interesting difference between white/black and the other colors is that the face button letters lack colors on the latter. On the Shock Blue controller, the letters are all blue, with four colored dots in the position of the buttons to show the color-coding, just in case. It’s an interesting visual choice, that’s for sure.

One thing I’m very happy about in comparison to the DualShock 4 is compatibility. With the DS4, I would occasionally find the controller incompatible with certain games. Or I’d have to change the Steam configuration to get things to behave normally. For certain games, such as Grim Dawn and Tales of Arise, I found that the right trigger didn’t work. However, I have had zero issues with compatibility while using the Xbox Series X controller. From comfortability, PC functionality, and button feel, this is a top-tier controller whose only deficit is the lack of built-in rechargeable support. If you want a new controller for the PC, the Xbox Series X controller easily gets my vote.

Easily one of the best controllers you can pick up for PC, the Xbox Series X controller is fantastic in nearly every way, as long as you don't want to charge it.

Tiny Tina’s Wonderlands review — The definitive looter shooter is back

Following layoffs and reports, 343 Industries will keep making Halo ‘now and in the future’