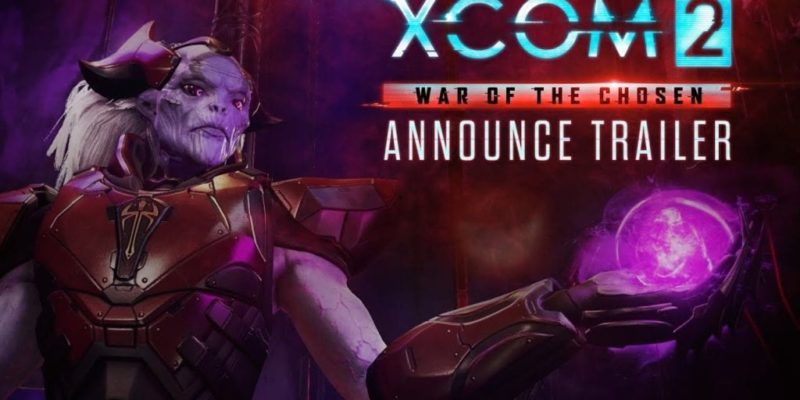 The PC Gaming Show has opened with a genuinely interesting reveal in the form of XCOM 2: War of the Chosen.

This is a full expansion for XCOM 2 with new enemies, new classes, new environments, and a new story; and according to creative director Jake Solomon it’s twice the size of the “previous expansion” – which probably refers to Enemy Within rather than any of the DLC stuff. The DLC stuff was pretty small.

War of the Chosen, as the name suggests, introduces the Chosen – alien champions designed to be the ultimate enemy of XCOM, all of whom have distinct personalities and fighting styles. Over the course of a campaign you’ll fight each of them multiple times, and they’ll get stronger as the campaign progresses. Like your own soldiers, they’ll learn new abilities and skills as well as “procedural strengths”, which will hopefully make them a rather interesting nemesis to face off against.

On the plus side, you’ll also have access to some powerful new toys. For starters, there are three friendly resistance groups alongside XCOM, and should you win them over you’ll get access to some of the most powerful soldiers in the series. The Reapers are stealth marksmen/saboteurs, the Skirmishers are defectors from the alien army who can hold their own in pretty much any fight, and the Templars are “psionic wildlings” who build up power over multiple attacks. This power can then be unleashed in a single massive attack, or kept and stored up to give them a little more general power.

But wait! There’s more! There’s also the Lost. Back when the alien invasion first happened, major human cities were outright destroyed. In War of the Chosen, you’ll be heading back to these ruins and meeting their less-than-friendly inhabitants.

The Lost are heavily mutated humans who hang out in these ruined cities (think Fallout‘s ghouls) and, being emaciated mutant people, they aren’t much of a challenge. They’re also not particularly smart, generally not bothering with things like cover and just rushing at you. The downside is that they don’t fight alone: they come in huge swarms, are attracted to noise, and never stop. The one advantage is that they also really don’t like the aliens, so you’re not the only ones who’ll have to deal with them. As Solomon notes, you may have a map containing the Lost, Advent forces, and a Chosen all at the same time, resulting in utter chaos.

XCOM 2: War of the Chosen is out on 29 August. The trailer is below.