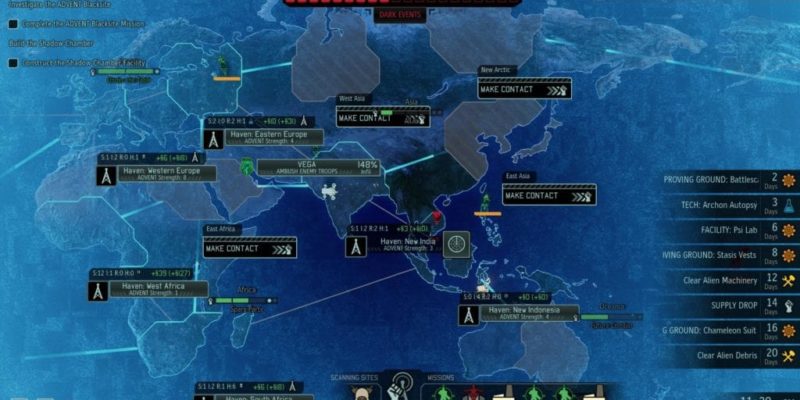 The upcoming (still no concrete release date announced there) XCOM 2 mod Long War 2 will apparently be making some fairly significant changes to the game’s strategic layer. Long War 2 is being made by the same people who created Long War for the first Firaxis XCOM title, who now go by the name Pavonis Interactive.

In Long War 2, players will have to organise their resistance cells “within each region they have contacted”. Every region will have rebels who can be assigned to one of three tasks: looking for supplies, recruiting more lads for the cause, or gathering intel (for the generation of new missions). It will also be possible to deploy an advisor (soldier, scientist, or engineer) to a region in order to provide bonuses to the task.

It’ll be possible for rebels to die during retaliation attacks or other missions, and for them to actually be Faceless in disguise. Which you’d imagine will prove to be a bit of a problem.

While you’re busy organising your regions, the XCOM 2 strategic AI in Long War 2 will be deploying counter-measures, under the same long-term goal of deploying ADVENT. It will try to move forces into under-defended regions, and build ADVENT facilities in its own secure regions. You can drive the AI out of a region, but it may return in force and attempt to reclaim it.

In addition, Long War 2 will introduce the “ability to deploy multiple squads simultaneously to infiltrate several enemy targets at once”. The current article doesn’t go into too many specifics about how that will work, other than that missions will be played individually, and that more details about changes to tactical play will be released in future updates.

If you missed it earlier, the mod will be introducing a new class to XCOM 2: The Technical.

Valve fully behind VR with full game in the works