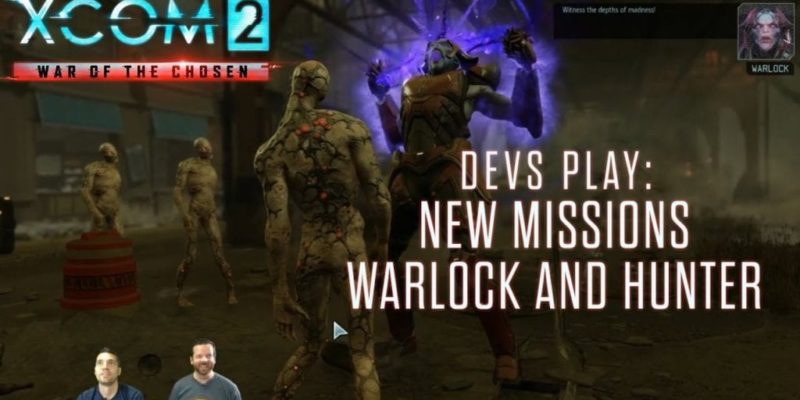 As the XCOM 2: War of the Chosen expansion release date nears (it’s 28 August on Steam), Firaxis are sharing even more footage. In the latest 90 minutes or so, Jake Solomon and Garth DeAngelis (mostly the latter) play through a couple of missions and meet some of the friendly ADVENT foes that await in the add-on.

After a bit more playing around with the photo booth function, they get stuck into the first assignment. That involves tracking down and eliminating an ADVENT Field Commander.

For the second outing, they’re dealing with The Lost and the rather intimidating Warlock. You can read about The Warlock’s powers in XCOM 2: War of the Chosen over here. Or wait for him to show up in the video and see what he can do, of course.