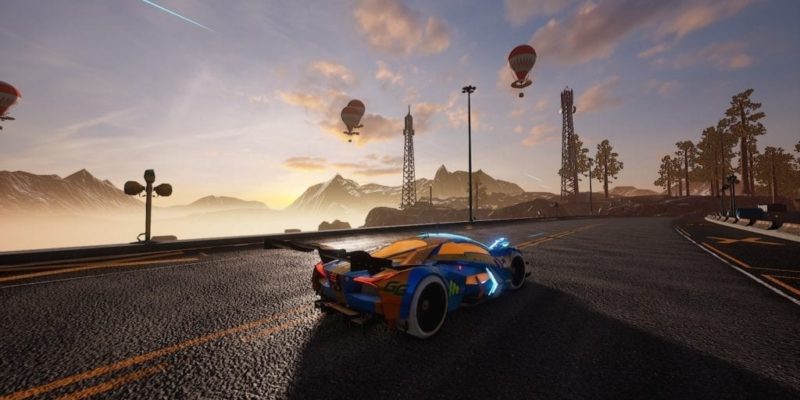 Sodesco’s Xenon Racer caught my attention since its initial reveal late last year. Having recently played the game for over two hours, thanks to the open beta, I’m mildly relieved to see that it doesn’t just look flashy. It actually does have some real substance to it. But this beta version has made one thing clear: this ain’t no Sunday drive.

Being an arcade racer, one might expect Xenon Racer to be approachable and simple to grasp. This is true, but only to an extent. While Xenon Racer isn’t as complex as a proper racing-sim, it’s definitely on the more challenging end of the spectrum when it comes to its driving mechanics. The whole theme of the game is getting behind the wheel of semi-futuristic speeding bullets. As such, the levels of speed these races get up to is a lot faster than traditional road-based racing games like Forza Horizon and The Crew 2.

Rather, Xenon Racer is like F-Zero or Wipeout with wheels. That said, games like those benefit from playing a bit differently than a traditional road-based racer, opting to allow you to slide and strafe from left to right rather than making a traditional turn. With Xenon Racer, though, your car is still rolling rather than hovering. This makes pulling off similar high-speed maneuvers a tad more difficult.

It doesn’t help that the developers apparently thought it’d be funny to break everyone in the hard way. They opted to include two noticeably advanced tracks in the beta (Tokyo Garden and Lake Louise Forest). Each track in Xenon Racer has a 5-star difficulty ranking, and both these tracks nearly hit the full amount. Thus, the learning curve hasn’t been the smoothest thing for me to flow into.

Right off the bat, the game gears itself more towards speed than maneuverability. It was only after fiddling around with the car customization menu for a good while did I realize that you can adjust various parts to greatly affect how your car performs. I selected every part that improves handling, and only after that did I manage some real control over my vehicle. This is actually pretty important. What makes the included tracks so difficult is that they’re more serpentine than straightaway. As such, I’ve had to become very familiar with Xenon Racer’s drifting system. 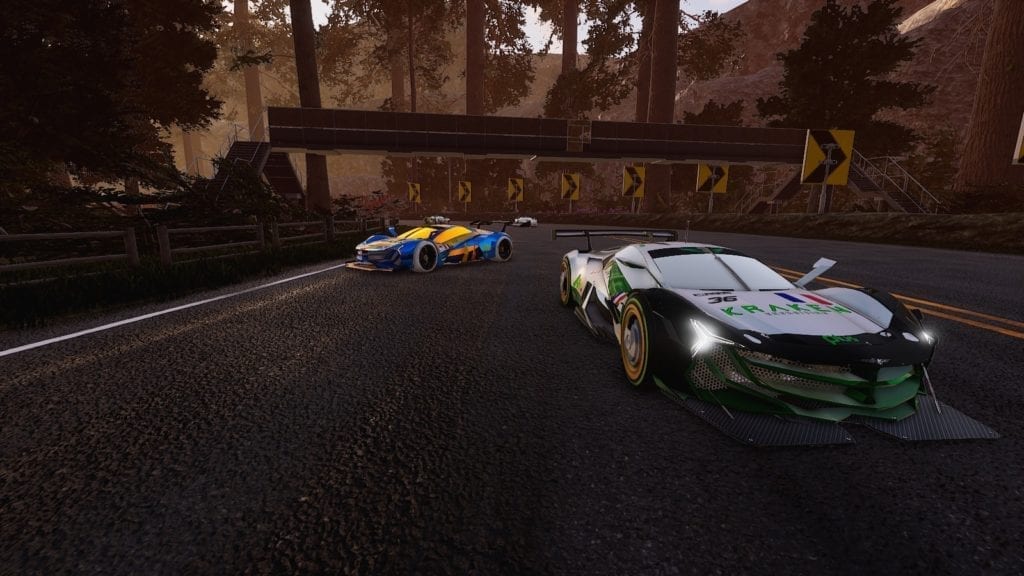 In Xenon Racer, drifting isn’t just some cool maneuver—it’s the key to winning.

Pulling off drifts in Xenon Racer isn’t all that different than any other game, though they are quite important. Drifting allows your car to take extremely tight corners with minimal speed loss. Then, with the right timing, you can send it flying with a tap of the boost button. Getting into the rhythm of drifting and boosting is the key to winning in Xenon Racer, though I must admit my rhythm remains broken. With the high speeds of the cars and incredibly sharp turns of each of the two tracks, I often found myself careening into the guard rail and sometimes another vehicle.

Boosting also takes some skill since the boost system isn’t continuous. Rather, it’s segmented into three parts which you can only use one at a time. Once you engage a boost, you can’t deactivate it, which leads to more crashing if used at the wrong time. Added to all this is the car health: any impact will result in a drop until the car becomes totally destroyed and gets reset. All of these features are very similar to most futuristic racers. But again, it’s the fact that you’re still driving in Xenon Racer that makes it different. While admittedly frustrating, it also helps the game to stand out. 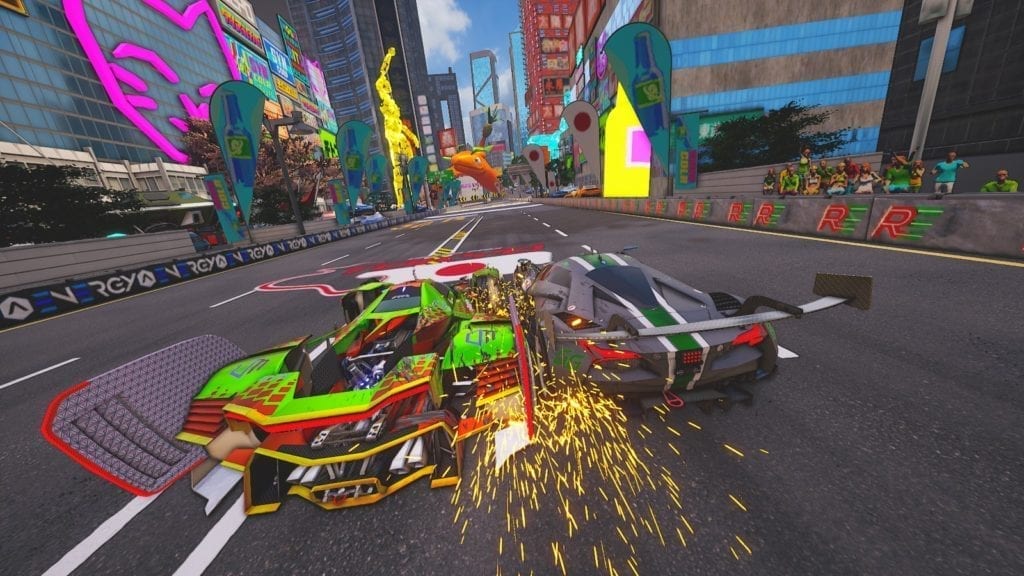 Xenon Racer’s difficulty might scare some away, but it seems to be one of the game’s selling points.

Other than that, and the amazing design of its vehicles, I haven’t found anything about Xenon Racer that makes it wildly unique when compared to other arcade racers. The track design is beautiful visually, but it lacks elements like hazards or environmental challenges (at least in the beta). So, when it comes to uniqueness, Xenon Racer seems to be banking on its deliberately wayward take on the futuristic racer sub-genre combined with the difficulty. If the two tracks in this beta were anything to go by, it wouldn’t surprise me if most of the full game ends up being just as challenging, if not even more so. This culminates in an experience that appears to target seasoned race fans, rather than trying to cater to everyone.

To be honest, this design caused my initial impressions to lean a bit more on the negative side. I thought the cars felt heavy and the tracks were excessively brutal. But, after comparing it directly to the aforementioned Forza Horizon 4 and The Crew 2 by playing all three back-to-back, I’m intrigued to see how Xenon Racer will shape up in its full form. This game will probably make me pull my hair out, but it definitely has some promise. 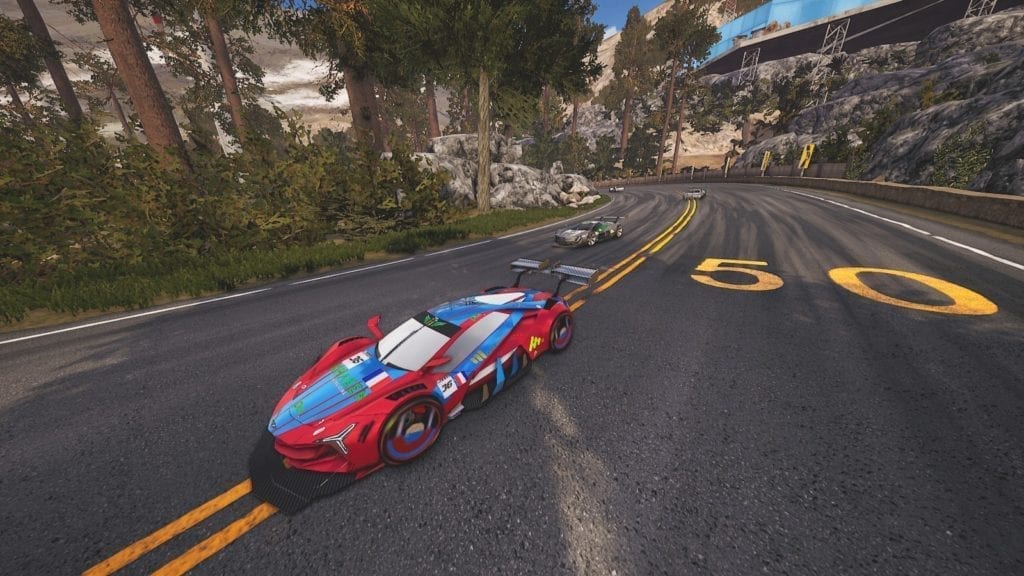 The beta version left me itching for more, so I’m excited to see what the full experience will be like.

By Kevin Foley13 mins ago
Features