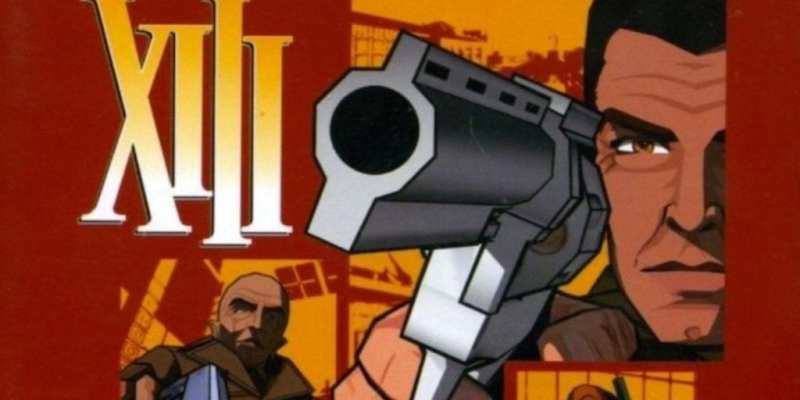 We all will experience or possibly have experienced the feeling of waking up and not knowing who or where we are. It usually goes along with ‘who-are-you?’ and things like ‘we did what twice?’ and ‘by the way my name is …’ However, if you find yourself waking up on a beach in New Birmingham with a key in your pocket and the number XIII tattooed on your chest you may just be in a computer game.

The story behind XIII involves intrigue, conspiracy, and a dead president. The game opens with the a*assination of the president (very similar to that of John F Kennedy) and you’re the number one suspect. You wake up on a beach suffering from amnesia not knowing whether you pulled the trigger. While you attempt to gather yourself together hordes of people seem to want to kill you. The only clue you have to your past is a key for a safe deposit box, so you set off to the bank to try and uncover your past and save your future.

The game plays like the majority of other first-person shooters (FPS). You run through a virtual world trying to stay alive and complete the tasks for each level. Some levels you need to get from A to B without getting killed, others see you escorting people or sneaking around without alerting the guards. All pretty standard FPS stuff. 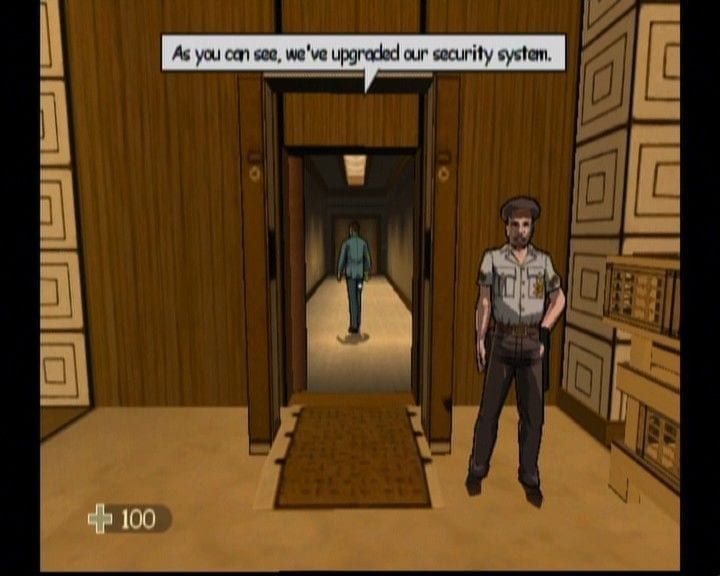 Information gathered during a mission can be reviewed outside of the game giving you a chance to solve the mystery before you reach the end of the game. The more information you find in the game the more you can review. However, there are no meddling kids to help you.

The first things veteran FPS gamers will notice is how short the levels are, some missions can be completed in 5 to 10 minutes. The use of a checkpoint-style save feature rather than a save anywhere style is also a move away from the majority of FPS games. Although the game lets you save anywhere in a level the state of the game the last time you went through a checkpoint is saved rather than what’s happening right now. This could confuse some people who haven’t read the manual fully.

This does make the game harder as you can’t just save before you run around a corner and keep trying until you come out of the battle reasonably unharmed. However, it does make the game frustrating at times, for example, if you’re keeping someone alive or having to sneak around one mistake can lead you to have to do the level again. 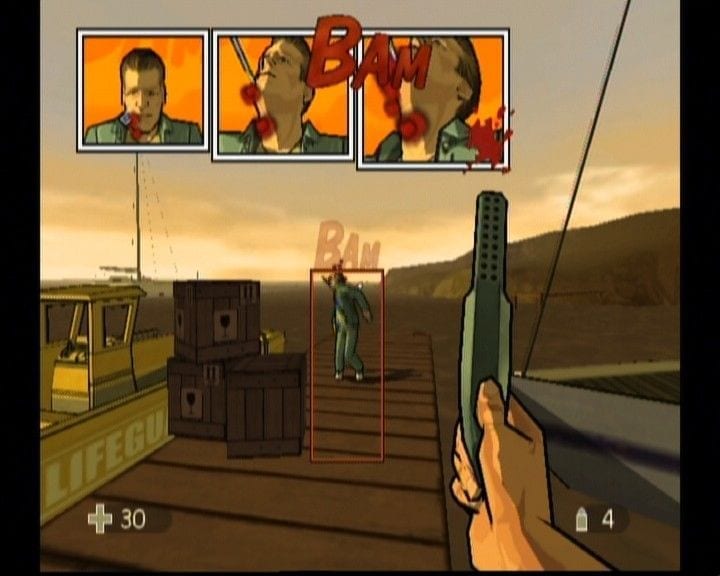 Sadly the AI isn’t particularly good. While enemies do dodge out of the way and hide behind objects there’s no intelligence to the way they fight. They run at you firing, hide if they can then charge at you after they’ve reloaded. Also, when you’re escorting people around they tend to have a scripted place to wait while you dispatch the bad guys. If an enemy empties a machine gun into them they don’t move which can get a little annoying at times.

Graphics wise the game stands out from the majority of first-person shooters due to the use of cell shading which first appeared a while ago on the Dreamcast. This gives a very comic book feel to the game (which it should as the game is based on a French comic after all.) The visuals are clean and are smoothly animated. When you kill enemies you’re often treated to a comic book style animation showing the fatal moment which is a nice touch. Other comic style visual effects are clues to noises such as people walking about and grenades going off. If comic books could be animated this is how they would look – to put it another way, this is exactly how I’d imagine a comic book would be if it had been animated.

The majority of the sound effects are the standard stuff which we’ve all heard many times before. However, there are some good screams made by those people you’ve dispatched into the great beyond – especially when they have a long fall before meeting their maker. The background music is quite funky and takes its’ tempo from how much danger you’re in.

The voices for the main characters are not outstanding even though Ubi Soft pulling in the talents of Adam West of Batman fame and Family Guy’s mayor of Quahog as well as David Duchovny from the X-Files who plays the main character.
The game does feature a multi-player online mode and a bot challenge which you can play off-line. There are various game modes including the usual deathmatch, capture the flags and the team variants of these modes. Aside from these, there’s a mode where you hunt a death-like figure who can kill you with one touch, a mode where you get power-ups such as speed, invulnerability etc. and sabotage. In sabotage, you have to defend your own checkpoints while destroying your opponents’ checkpoints.

While the actual gameplay of XIII is pretty standard the story, visuals and background music set it out from the rest of the pack. The story keeps you coming back for more which is always a good thing in FPS especially when the basic game is a pretty standard affair. However, even with a good story and nice graphics, the game is average at best. Those of you who love a good story will enjoy XIII while veteran FPS gamers will find the game interesting but probably a little too easy at times.

By Martynas Klimas8 hours ago
Reviews