Yooka and Laylee are back in an all-new adventure. Yooka-Laylee and the Impossible Lair is fairly straightforward, but here are some quick tips to keep in mind when playing the game.

Get your twit on

T.W.I.T. coins may not seem super important at first, but they’re the most important thing in regards to unlocking new levels. Trowzer has paywalls separating sections of the world and coins are the only way to get him to stop blocking your progress. But this isn’t too bad at all.

There are 5 coins in each of Yooka-Laylee and the Impossible Lair‘s 40 levels. But you don’t need to collect anywhere near all of them to unlock all the areas. Just make sure to search the levels and you’ll almost certainly have enough coins when the time comes. 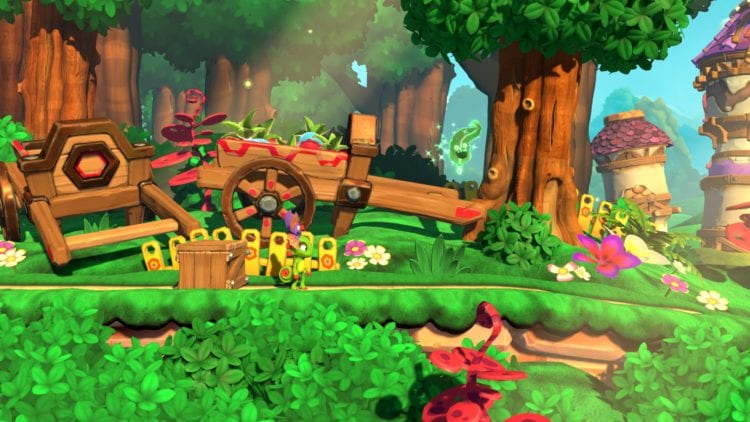 You start each level with Yooka and Laylee together. But every time Yooka takes a hit, Laylee will get spooked and fly away in an arc. However, there’s a certain amount of time where you’re able to catch her. When you do, she rejoins you as if nothing happened, which will let you take another hit after.

The time limit on this is pretty fair, though, and she won’t fly away until after several seconds have passed. Just pay attention to her flight arc and you should be able to catch her in time. If not, better keep an eye on those bells that you can touch to call her back.

One of the most useful aspects of your move set in Yooka-Laylee and the Impossible lair is how Yooka’s roll works. While, yes, it covers a lot of ground and makes for a great offense, it’s also invaluable in regards to making tricky jumps. This is on account of Yooka’s ability to roll off a platform and stay airborne for the entire duration of his roll. You literally won’t start falling until the roll animation has ended. 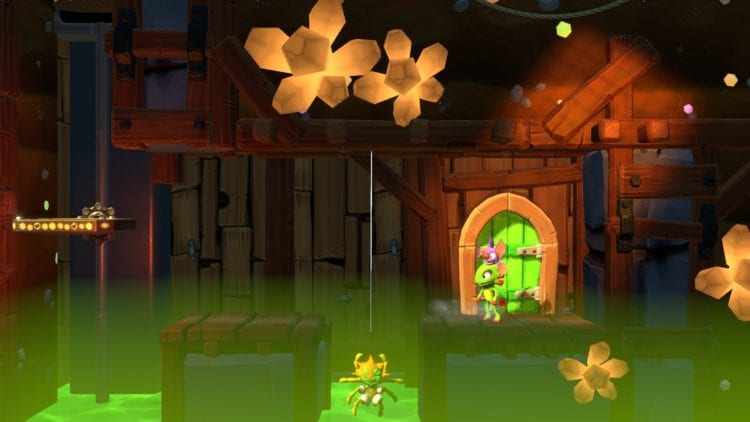 So, what’s so great about this? Well, Yooka can jump at any point during his roll, which holds for when you’re in midair. If you want to make sure you can properly make a tricky jump, simply walk to the edge of the platform you’re on, roll, and then jump at the end of the animation and you’ll get the maximum amount of distance out of it.

Tonics allow you to modify various aspects of Yooka-Laylee and the Impossible Lair and can also give a penalty or a bonus to the number of quills you pick up. If you want to find these, though, you’re going to want to talk to the signs that you can find in the overworld. Each of these signs requires you to pay them a certain amount of quills to loosen their lips, however. While the signs don’t give you the tonics themselves, they will tell you how to find a great many of them. Their advice is also quite easy to understand, so you’ll be rolling in tonics in no time.

You can attempt the Impossible Lair at any time, and believe it or not, it’s doable without a full roster of bees. While you’re almost certainly going to want to have bees to give yourself a better chance, the most important thing when dealing with the Lair is to practice its challenges until you get them down. 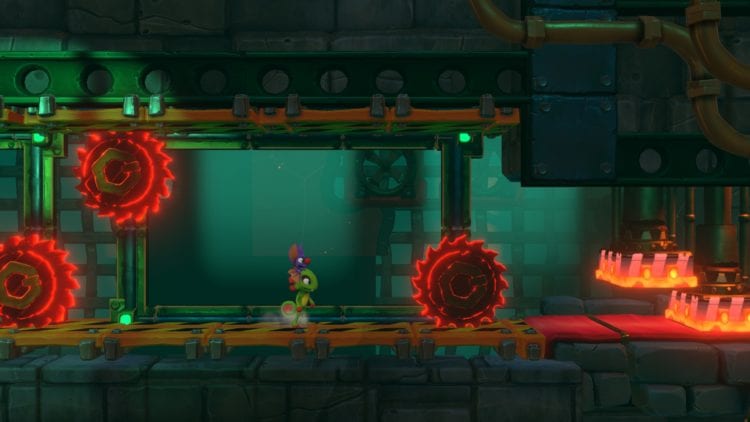 Even if you have all 48 bees, you’re not going to be able to get through the Lair without a fair amount of practice. And you might not want to do it all in one go, so give the lair a go from time to time. You’ll find yourself better prepared to get further with each additional attempt and the skills you hone there are sure to help you with the rest of the game.

Look out for hidden exits

Forty of Yooka-Laylee and the Impossible Lair‘s bees are rescued in the levels themselves, but there are 8 more to find. So, how do you locate them? Eight of the levels have exits hidden somewhere in them. You can frequently tell which ones have these, as the imprisoned bee will generally be visible in the overworld. Just keep your eyes peeled and you’ll likely be able to spot them.

But locating the hidden exits is the tricky part. Some of these are very easy to find, but others will take some serious searching. And this gets harder when you take into account that you won’t know which of the two versions of the level will have the exit. 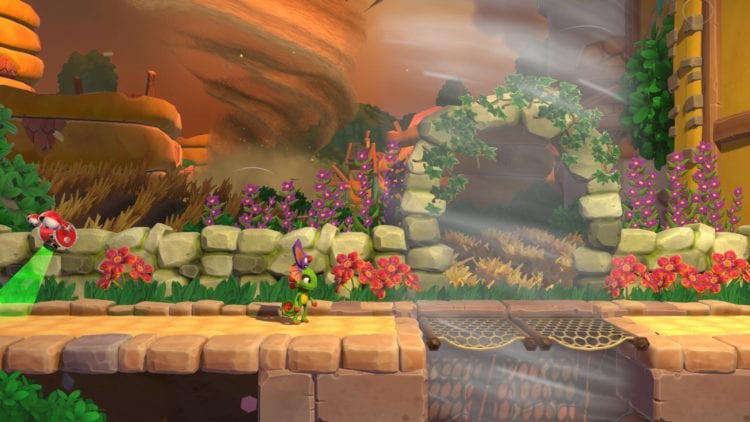 Skip if you need to

Most of the levels in Yooka-Laylee and the Impossible Lair aren’t hard at all, but some sections could feasibly give you some real trouble. If you die repeatedly, the checkmate you spawn at will eventually turn gold. When it does this, you’ll be given the option to skip to the next one. I can’t imagine most people would ever need this feature, but it’s something to keep in mind if either you’re just not up to it or if your kid isn’t quite grasping the section and wants to move forward.

You’re going to need to spend quills to unlock the second versions of some levels. And these can be somewhat expensive. But there’s no reason to hoard quills or go out of your way to collect them a lot of the time. Just playing through the game normally will almost certainly give you enough. Plus, they can be collected repeatedly during the levels if you’re into that. Yooka-Laylee and the Impossible Lair is also really big on throwing huge amounts of quills at you for completing the quill challenges during the levels. I frequently just did these because they’re fun, but doing them will keep you even more flush with them.

And those are our tips for Yooka-Laylee and the Impossible Lair. Aside from the Lair itself, the game isn’t all that difficult or hard to understand, so it’ll take no time to wrap your head around. As always, if you have any questions or would like to offer some tips of your own, comment below. 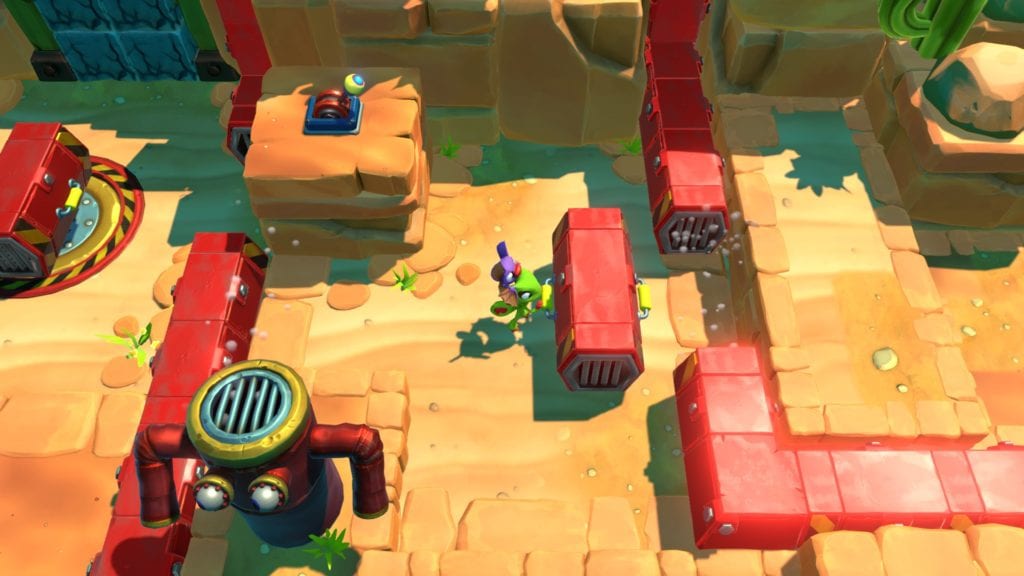 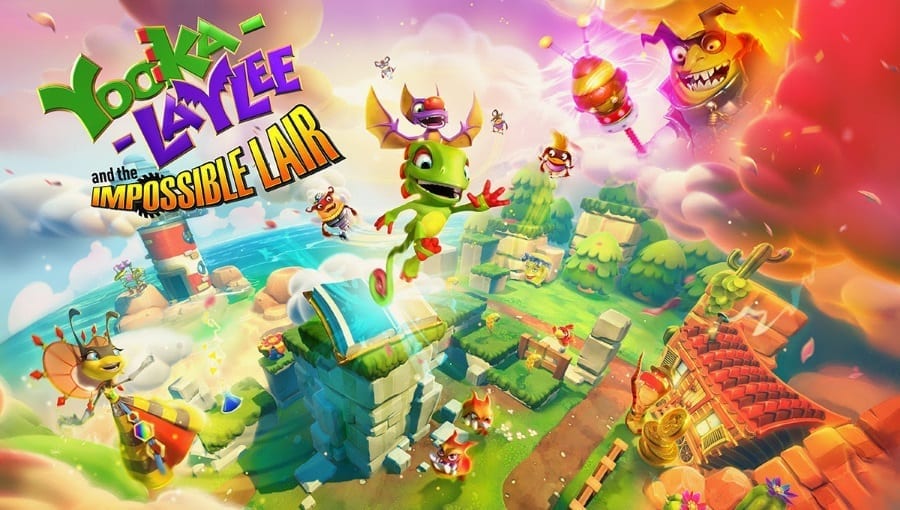