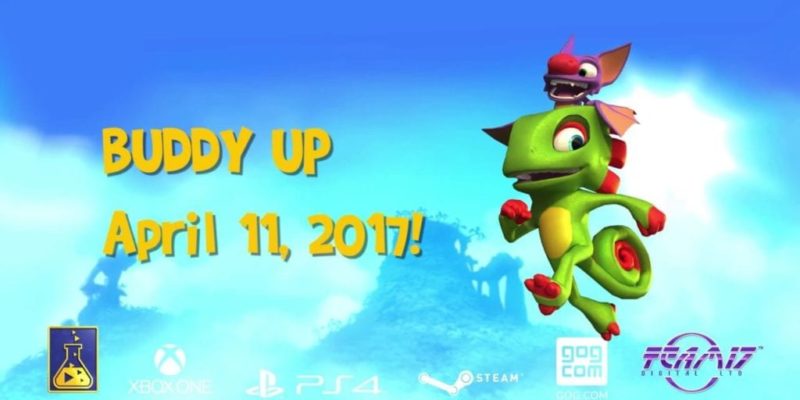 Playtonic’s Kickstarted, open-world platformer Yooka-Laylee will be released on 11 April 2017, the developer (and publisher Team17) have announced. Kickstarter backers may already have a copy ordered via their pledge, but (for those who don’t) the game will also be available through Steam and GOG for $40 USD.

Anybody who pre-orders gets access to the Yooka-Laylee Toybox, a self-contained sandbox featuring a bunch of the mechanics that’ll be in the full game. Kickstarter backers who wish to change their pledge to get a physical version of the game (which I think only applies to console versions, the PC release appears to be all digital), will be able to do so in future. Playtonic say they’re still finalising the method to make that work.

As well as a release date, Yooka-Laylee also has a new trailer featuring the absolutely not corrupt in any way Capital Cashino level. It’s full of over-sized casino games to navigate around, and casino tokens to secure.

Turtle Rock are working on a new free to play, co-op shooter