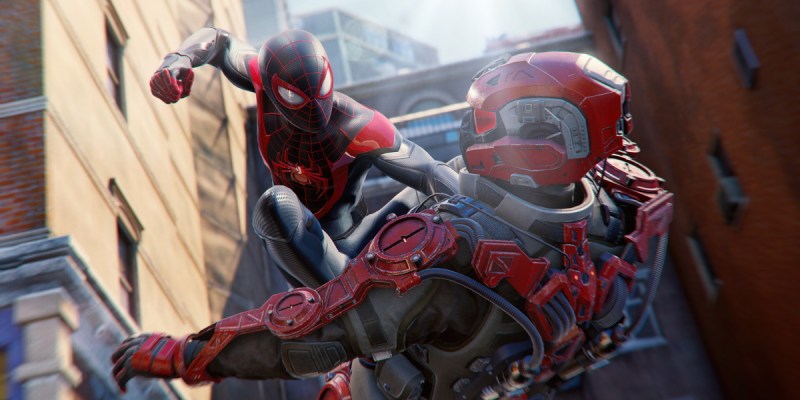 PlayStation games coming to PC platforms isn’t just a limited-time thing. In fact, Sony has projected that the PC platform will be a significant part of its business moving forward. Since then, titles like the Insomniac developed Marvel’s Spider-Man have made an appearance. If you’re ready for more web-slinging, Marvel’s Spider-Man: Miles Morales is just about here and ready to pre-load on PC.

Time to make some space

If you’re planning on hitting the ground running on the streets of Harlem and beyond, it might be wise to get your installation ready for Marvel’s Spider-Man: Miles Morales. Adding your new spidey adventure to your rig shouldn’t set you too far back, though the entire game file size does round out at 75 GB. Much like many other modern games, and ones coming from Sony’s catalog, it is recommended that you use a Solid State Drive (SSD) for its storage destination. This should help read/write speeds to keep you swinging through the city streets without cumbersome load times.

As a side note, the other system requirements don’t seem all that taxing. You can pull off all of Miles’ acrobatics with older cards, as the recommended GPU is a mere Nvidia GTX 1060 6GB or an AMD RX 580 8GB. This is a heavy contrast to the previously release Sony titles on Steam, many of which demand more system RAM and GPU VRAM as minimum requirements. 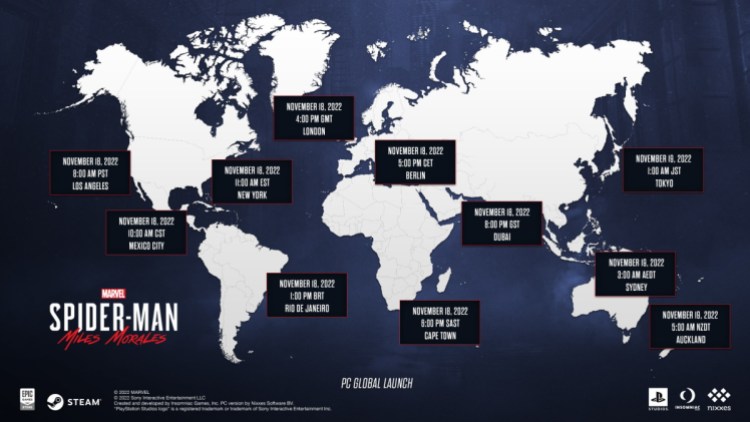 Marvel’s Spider-Man: Miles Morales releases on November 18. You can grab your pre-load by heading to the game’s Steam page. It isn’t known at this point if any additional day-one patches will roll out on launch. But, just in case, it might be wise to clear a little extra shelf space to house any future updates or downloadable content. Sony also released a nifty global launch map with time zones and dates, seen above. It hasn’t made clear if a pre-load will also be available for players using the Epic Games Store.