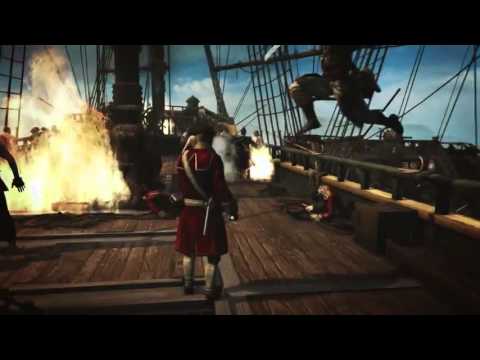 It’s with a sense of terrible dread that games writers approach Ubisoft PR mails about Assassin’s Creed pre-order editions. They are now infamous in their absurdity, offering more different editions from more retailers and in more obscure connotations than probably any other game. It’s always a ridiculous, bloated, promotional mess and Assassin’s Creed IV Black Flag is no different.

So here we go folks, these are the ways you can hand over money in the UK for Assassin’s Creed IV in advance before anybody knows if it’s any good or not:

Uplay has an exclusive edition called The Black Chest, which has a 55cm ‘diorama’ of protagonist Edward Kenway on the bow of his ship, an artbook, soundtrack, a pair of lithographs and canvas prints, all the (urgh) ‘unlockable in-game content’ including single player missions, skins and weapons, a collector’s box, aaaand a replica black flag and world map.

Game UK and Gamespot in Ireland will be going with the Buccaneer Edition which has an Edward Kenway in a crow’s nest figurine, artbook, soundtrack, pair of lithographs, collector’s box and unspecified in-game unlockables.

The UK in general will have a few of the Skull Edition, which comes with the artbook, soundtrack, lithographs and some unlockable in-game gubbins.

Finally, there’s a confusingly-named Special Edition which is special in the sense that it’s a completely normal pre-order edition (what?) and comes with unlockable in-game stuff (your regular pre-order nonsense, in other words.)

None of these editions appear to have been priced yet, but you can be sure they’ll be fairly expensive.

While you scratch your head over all that, here’s the latest gameplay trailer from the title. It features a shark fight and a whoooole lot of marketing buzz-words. Assassin’s Creed IV: Black Flag is due for release in Europe on 1 November, although you may want to anticipate a delay for the PC version (as is tradition.)