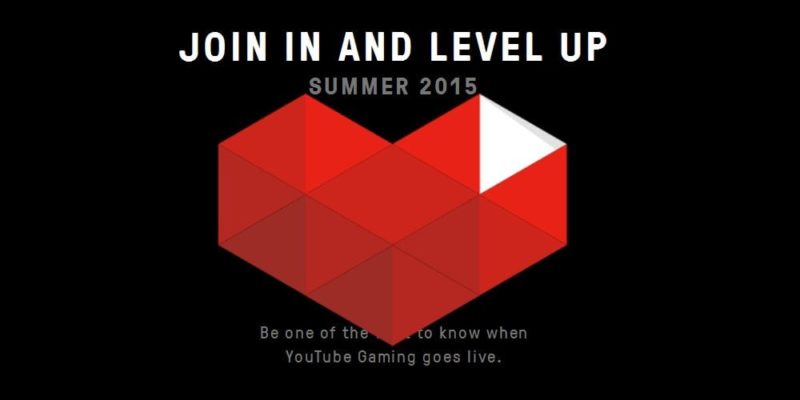 Google-owned YouTube appears to be stepping up its efforts to challenge the Amazon-owned Twitch.TV, announcing today that a separate set of ‘hubs’ for videos and livestreams will be united under the name YouTube Gaming.

You can see the beginnings of the main YouTube Gaming site here, although at the time of writing it wasn’t responding terribly well.

The site is promising “dedicated pages” for more than 25,000 games, with each ‘hub’ collecting together published videos, livestreams, and other visual media (produced by publishers, press and regular YouTube channels alike) for each title.

People using YouTube Gaming will be able to subscribe to a specific hub, or to an individual channel/user (as is currently the case.) It’s also noted that subscribers will be able to receive a notification when a game stream begins.

Regarding streaming, YouTube has plans to launch an improved service that makes it more straightforward to broadcast games “in the coming weeks.” Specific details aren’t yet announced, but it’s this aspect which will prove vital if YouTube Gaming is really to rival Twitch for streaming.

“On top of existing features like high frame rate streaming at 60fps, DVR, and automatically converting your stream into a YouTube video, we’re redesigning our system so that you no longer need to schedule a live event ahead of time,” YouTube say. “We’re also creating a single link you can share for all your streams.”

YouTube Gaming is set to launch in the US and UK this summer. So far, it’s been confirmed to be available through browsers and mobile devices.

Tales of Zestiria confirmed for PC