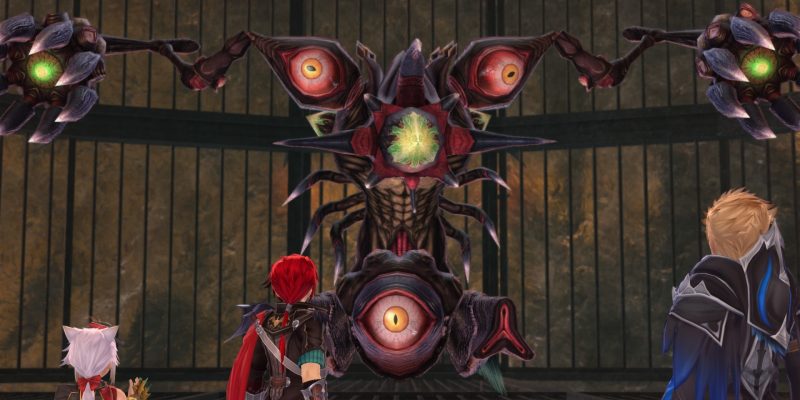 When Ys VIII launched on PC, people were not happy with the port. They were so unhappy with it, modders cooked up a SpecialK injection specifically to bring it up to modern standards. The game did receive a major overhaul a while after launch, however, which alleviated many of its issues. We were gritting our teeth for the PC release of Ys IX, as we simply didn’t know what kind of port we’d be getting. Thankfully, lessons appear to have been learned, as this port is of better quality. The localization is also quite good, so anyone who felt let down by the quality of the previous game will likely be a lot happier in that regard as well.

Let’s take a look at the specs.

Those are some low requirements, aren’t they? Well, they’re not accurate. On my rig, which is roughly four times as powerful as the recommended one, I got solid performance at 1440p and max settings. In the city, where most of the game takes place, I’m able to average 60-70 fps in Ys IX. Going by the above specs, I should be able to do a lot better. In closed sections, however, I easily hit 120 fps and stayed there, though. In some areas, the fps can drop below 40. The performance while in the city simply varies wildly. Granted, since it’s generally fine and I’m not overly vexed by not having over 100 fps outside, the fact remains that I should still be able to.

As for any other issues, I’ve had very few. Ys IX crashed on me one time. The game can chug when there’s a ton of foliage onscreen at once. It didn’t detect my DualShock 4 without the Steam Controller settings enabled via Steam. There are a few players reporting that they’re unable to save, though, which I hope the devs get on quickly. Overall, though? This is a good port, and it leaves me pleased. It doesn’t need any external workarounds and has plenty of options. Next up, let’s take a look at the graphics settings.

Loading times on an SSD are often lightning quick. When fast traveling in the city, I noticed things were nearly instantaneous. Loading new areas is also quite fast, although the initial boot up when you first load a save is noticeably longer. All of that adds up to a smooth experience. Additionally, saving is so quick and seamless that I can’t help but be impressed. It takes no time at all and is so easy to pull off compared to how many similar games handle it. 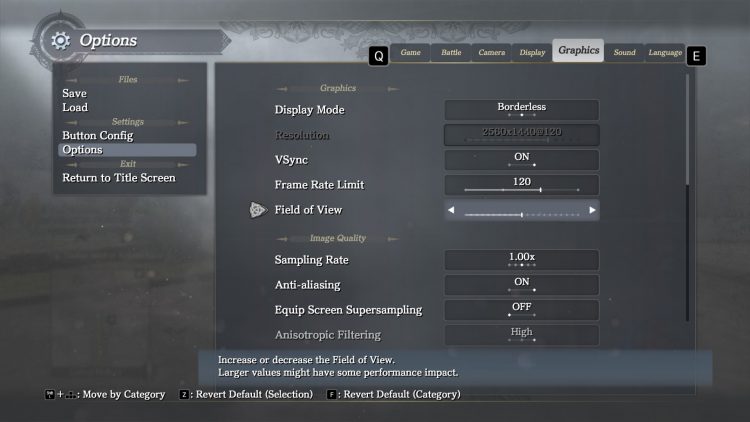 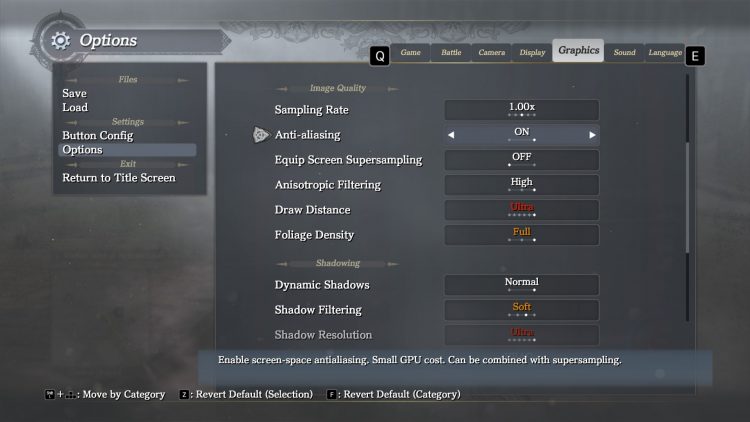 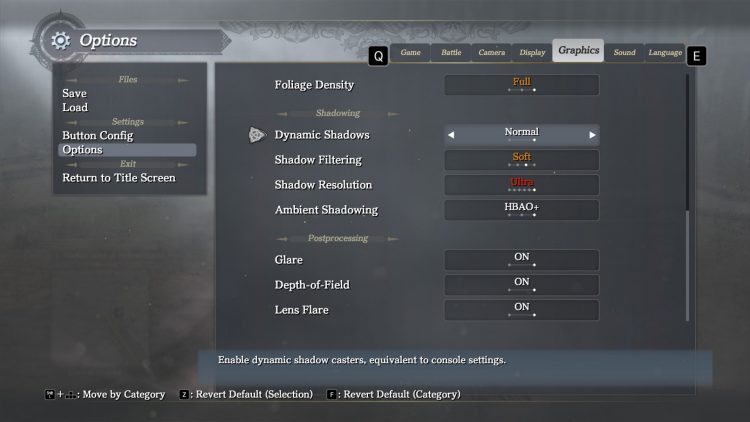 As you can see, the big three display options are present and accounted for. Low bar, I know. The frame rate limiter works great and there are no issues with any animations above 60 fps. Changing your FOV is a breeze, too. You can choose your supersampling rate, as well as mess with antialiasing. Granted, supersampling will obviously massively cut into your fps while in the city, and running Ys IX at 4K with respectable frames will require either greatly lowered settings all around or a stronger card. For whatever reason, you can hit the equip screen with supersampling too if that looks a bit too jagged to your eyes.

One of the biggest surprises here is simply the number of options on display here, as well as how the menu illustrates their resource costs. The highest forms for some of these go up to red, indicating the largest draws for your GPU. The draw distance, foliage density, and shadow options are impressive. Although, even at the highest draw distance setting, you’ll see pop-in while in larger spaces. Interestingly, you can completely turn shadows off by disabling dynamic shadows, which will be great if you’re running Ys IX on a weak rig. Let’s take a look at some comparison shots between lowest and highest settings. 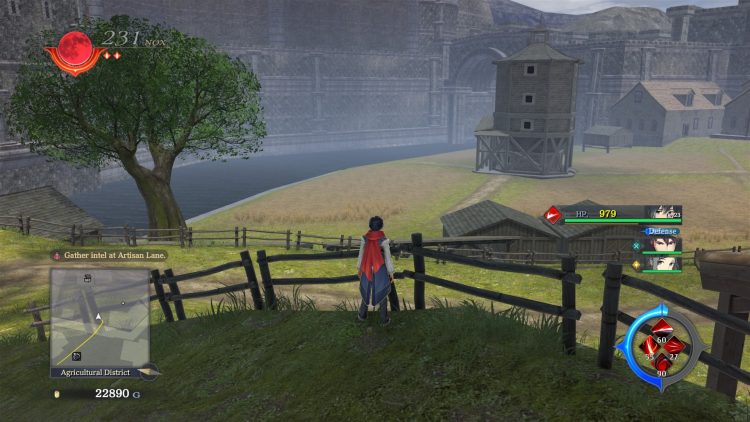 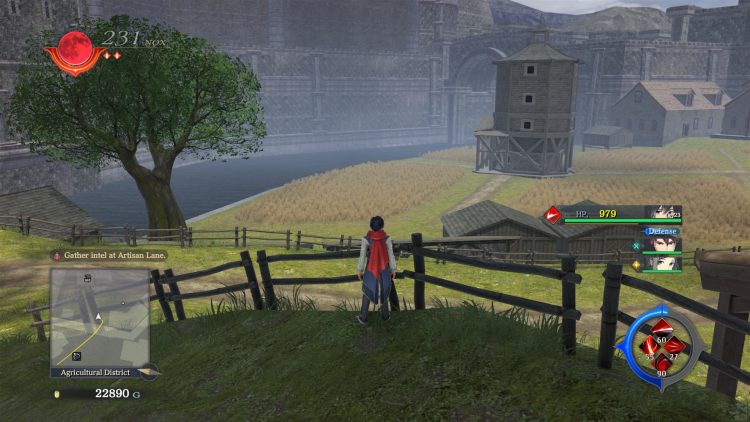 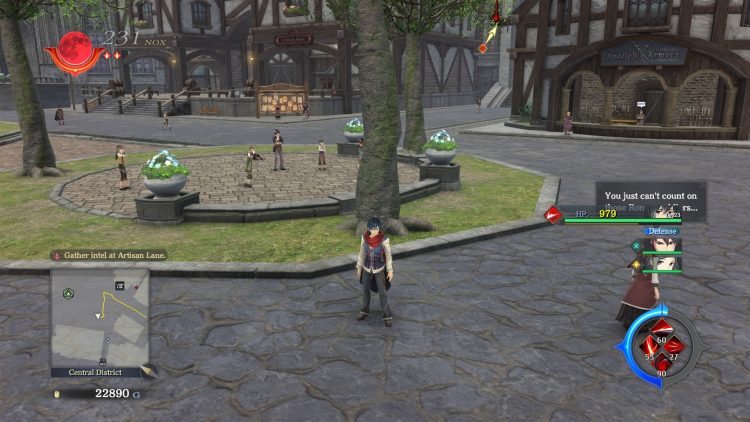 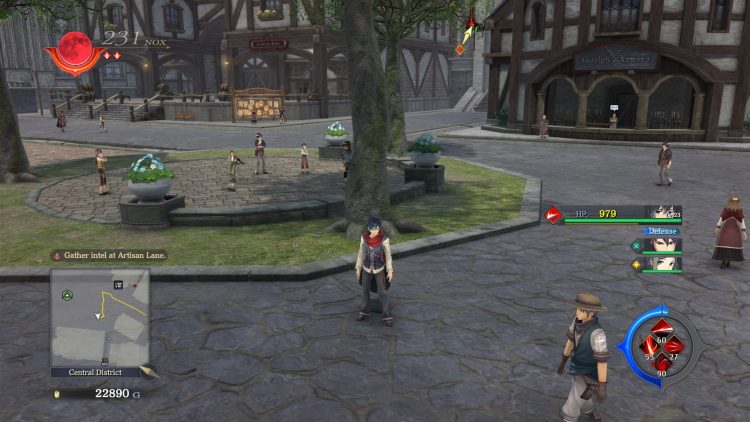 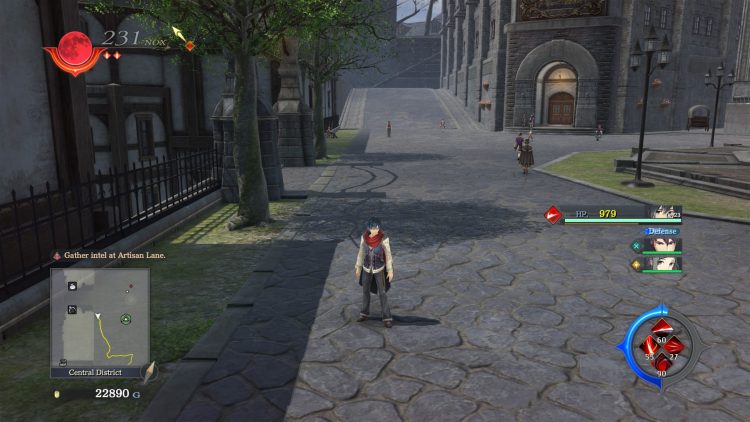 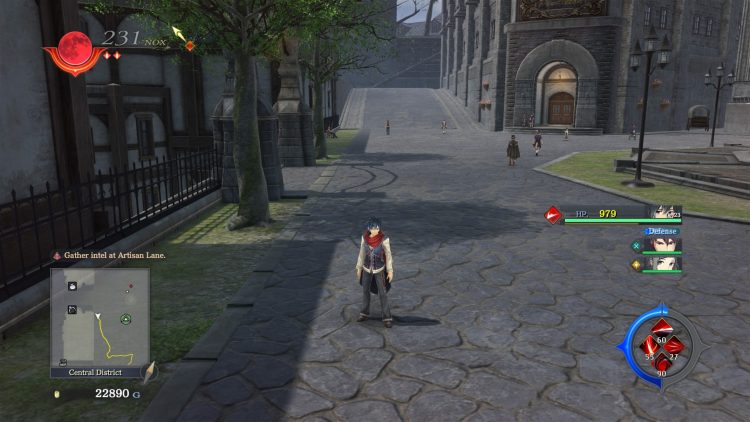 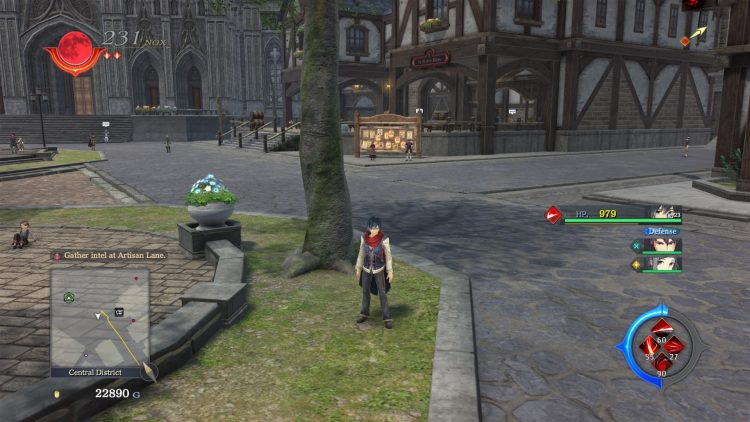 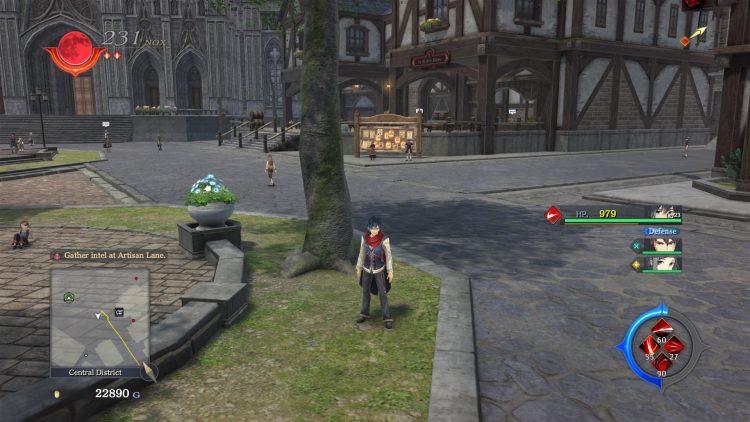 Some of the options, such as foliage density and, surprising, anisotropic filtering, will require you to reload the map before changes are applied. But there was clearly a lot of effort put into making the PC port of Ys IX not only much better than its predecessor, but a huge step up from its console brethren. Now let’s look at the input options.

Input in the corner 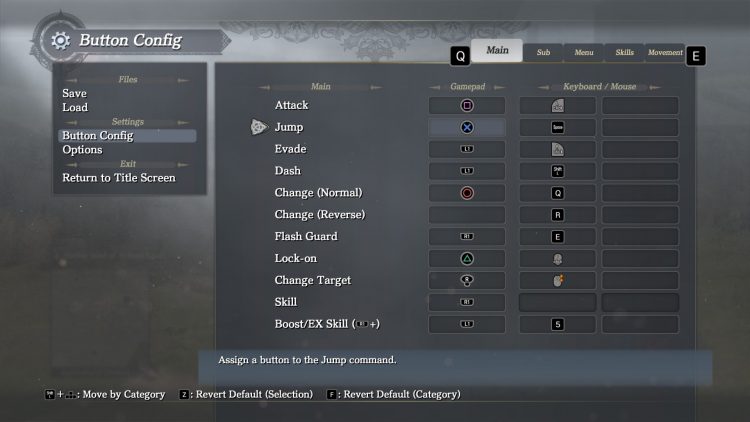 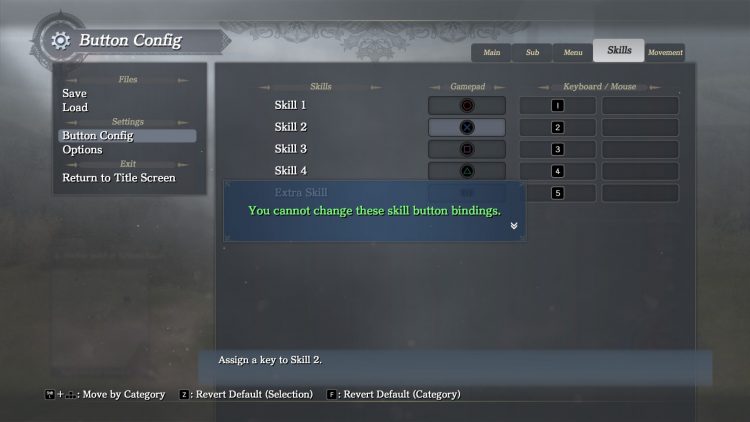 I have to say, for a Japanese port, Ys IX plays very well with a mouse and keyboard. The camera control feels fine, as does moving and attacking. While I’d normally recommend people play this type of game with a controller, it’s not necessary here. All of the keyboard inputs are completely rebindable, and most of the controller ones are as well. However, analog movement and the skill buttons cannot be rebinded on controller at all, as the above picture demonstrates. It’s not exactly what I’d call a deal-breaker. There are multiple submenus for all of the game’s inputs, so the bases are totally covered. You can even get the correct button icons.

I was worried, but NISA has stepped up its game with their Ys IX port. As long as you’re not having the aforementioned save issue, you’ll probably be quite happy with what the game has to offer, especially if you’re looking to take advantage of higher framerates and use supersampling. I just wish Koei Tecmo was paying attention, as this is the level of attention that all ports of Japanese games should be given. And although it took too long to come to the West in general, I’m glad that we didn’t have to wait all that long to get the game on PC considering that it launched on PS4 earlier this year. I love me some Ys and this was a pretty hard wait.